ABB has developed Industrial Boiler Fingerprint, an analysis tool that identifies where control loops and hardware need to be refreshed or repaired, resulting in reduced energy bills and carbon emissions.

For many customers, the annual energy bill for their industrial boilers runs into millions or even tens of millions of dollars. Sophisticated monitoring and control 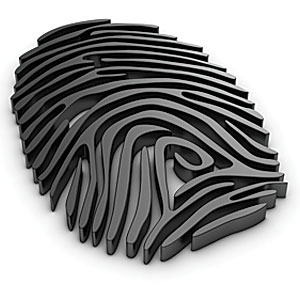 processes can be used to run the boilers optimally, but over time, the optimization hardware and software can become degraded.

To counter this process of degradation, ABB has developed Industrial Boiler Fingerprint, an analysis tool that identifies where control loops and hardware need to be refreshed or repaired, resulting in reduced energy bills and carbon emissions. The analysis is used to examine the condition of hardware and controls, test the stability and operation of the boiler, perform combustion load trials, and execute dynamic step response tests.

In the fingerprint process, boiler operations are first benchmarked to define existing performance levels and establish a basis for identifying and evaluating improvement opportunities. Recommended improvements are scrutinized to estimate return on investment and then are prioritized according to speed of payback. Subsequent actions fix the problems and sustain performance over time.

ABB performed a fingerprint analysis on four small industrial boilers at an Arkema chemical facility in Calvert City, Ky. Two of the boilers were installed in 1952, one in 1965 and the fourth in 1996. All four boilers produce steam at about 165 psi, but none were run at maximum load.

ABB began the fingerprint with the second boiler, as it was the one used most often and was the least efficient. This resulted in a comprehensive to-do list for the hardware, control logic and tuning. Measures taken ranged from repairing the FD intake and ID removal fans, to fine-tuning the steam-to-air curves and retuning the loops to be less aggressive. For this one boiler, the savings in energy consumption were around $75,000 a year. As a bonus, the analysis showed that it was safe to operate one of the boilers at higher loads, getting a higher return from the installed capital equipment.

In all, the ABB analysis of all four boilers achieved total annual plant energy savings of around $237,000. As the service costs for each boiler were only about $25,000, the payback time for France-based Arkema was very short.