Mergers and acquisitions, promotions and certifications are among the news-making events at a range of companies serving heat processing applications. 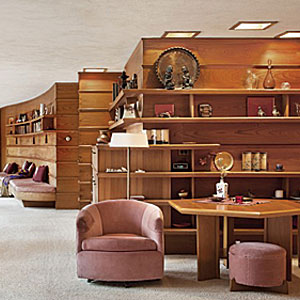 Peter Armbrusterwas appointed national sales manager for Conair, Cranberry Township, Pa., with responsibility for all sales regions and local independent sales agents in the United States and Canada. Stephen Petrakis, vice president of sales, will continue to work with the sales team and representatives on a strategic level.

The Eclipse foundation has made a donation to the Frank Lloyd Wright Laurent House Foundation. The donation will be used to help preserve the unique treasure for Rockford, Ill., where the combustion company is headquartered. The property will become a museum, allowing the public to experience the one-of-a-kind architecture.

The Laurent House Foundation will preserve the Laurent House and tell the story of the house, its original owners Kenneth and Phyllis Laurent, and their unique relationship with Frank Lloyd Wright. The world-famous American architect designed the home, and it is the only building ever designed by Wright for a person with a disability. The Laurents lived in the home from 1952 until early 2012.

Xylem’s Paul Ruzicka, chief mechanical engineer, and James Roberts, chief product engineer, were honored by the Hydraulic Institute, Parsippany, N.J., for their technical leadership and contributions in the creation of new ANSI/HI standards for pumps. Ruzicka, an active HI committee chair, has been an active member of the institute for 21 years and was recognized for his work on two standards. Roberts was also honored by the HI for his contributions to three standards committees. He has participated in more than a dozen HI committees in his 18 years of membership.

Toronto-based Winters Instruments will mark 60 years of business in 2013. The Canadian company has been manufacturing temperature and pressure instrumentation since 1953. The past 60 years has seen Winters expand operations, and the company currently has sales and service facilities in Toronto, Calgary, Buffalo, Houston, Buenos Aires and Shanghai.

Hydraulic Institute, Parsippany, N.J., recognized and honored David McKinstry, senior vice president of engineering and special projects at Colfax Fluid Handling as its Lifetime Achievement Award recipient. The award was presented to McKinstry during HI’s annual meeting in Fort Myers, Fla. According to HI, McKinstry has spent more than 25 years working with the institute, striving to develop standards, establish effective processes and educate the pump community.