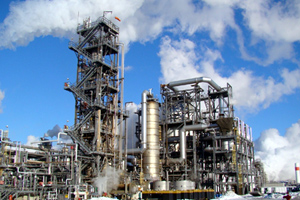 In October 2012, Ashland Inc. initiated an upgrade of the Foundation Fieldbus system at its 1,4-butanediol (BDO) plant in Lima, Ohio. The plant, which produces an intermediate ingredient used in common industrial and commercial products, was upgraded to replace a system of quick-disconnect connectors and disconnect switches. Fieldbus device couplers from MooreHawke, a division of Moore Industries-International Inc., North Hills, Calif., replaced devices that were inefficient and had become corroded over time.

Features of the Trunkguard Series 200 from MooreHawke include end-of-line-sensing auto termination, which allows local devices on a segment to continue even if remote couplers are accidentally disconnected. This prevents downtime and potential hazards. According to Moore, the short circuit protection in the couplers detects a short in less than 5 microseconds. Also, its decreased trickle current draw of 4 to 5mA during a short circuit allows users to place more devices on fieldbus segments.

The full case study can be downloaded from the company’s website.