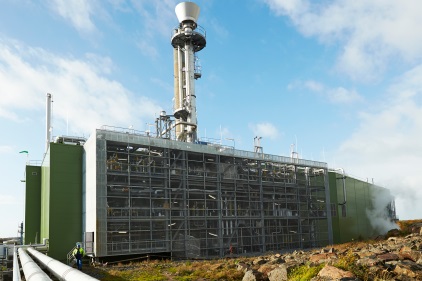 The Valmet-supplied gasification plant at Gothenburg Biomass Gasification Project (GoBiGas) was inaugurated on March 12 in Gothenburg.

The plant was commissioned in late 2013 and will produce gas by gasifying forest residues and wood pellets. The produced gas is similar to natural gas and will primarily be used in the transport sector with the goal to switch from fossil fuel to biofuel.

The biomass is gasified in a process called "indirect gasification" developed by the Austrian company Repotec. Valmet is handling the engineering work for the gasification plant in Gothenburg with a license from Repotec.

Gasification takes place in a separate reactor, and heat is transferred from a combustion chamber by circulation of hot bed material, i.e., indirect gasification. Biomass is fed into the gasifier where it, on contact with the hot bed material, undergoes thermochemical decomposition. After the cleaning and methanation, the gas is imported to the natural gas supply and is used in Göteborg Energi's power plant.

Because of the high quality, the biomethane can be fed to the existing distribution grid, says Valmet, where it is mixed with natural gas. Combining a gasification plant using biomass as fuel and a methanation plant is unique in the world, according to Valmet.

"The indirect gasification generates high-energy gas with high heating value that can be mixed with natural gas. This makes it possible to replace a lot of today's fossil transportation fuel by fossil-free fuel in gas powered vehicles," says Johanna Lindén, Valmet's Director of Scandinavia, Energy.