With an expected annual output of 10 million tons, one of the largest refineries in southwestern China will use plant automation and control systems from Yokogawa China, a subsidiary of Yokogawa Electric Corp. PetroChina Yunnan Petrochemical Co. Ltd., which is constructing the oil refinery in China’s Yunnan Province, awarded the contract to Yokogawa China. The refinery will start up in 2015. 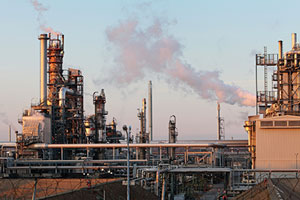 Because most of China’s oil refineries are located along the country’s east coast, the high cost of transporting oil products to inland regions is a national concern. A pipeline is being constructed that will transport 23 million tons of crude oil annually from Myanmar to China. To receive and process the oil from this pipeline, multiple oil refineries with a total annual capacity of 20 million tons and an ethylene plant with an annual capacity of 1 million tons are planned for the Yunnan Province. Construction on the facilities is expected be complete by 2020.

According to Noriaki Hirose, president of Yokogawa China, the company first received the order for an oil movement storage system for the refinery. It was followed by an order for a Centum VP integrated production control system to monitor and control the main facilities at the plant.

In other company news, Yokogawa Electric Corp., Sugar Land, Texas, won an order to supply the control system for Unit 5 of the Kamojang geothermal power station in Indonesia. The order for this project was received through Tokyo Denki Sangyo Co. Ltd., a Yokogawa sales agent. The geothermal plant is located in Garut. Unit 5 will have a 35 MW power generation capacity, and construction is scheduled to be completed by July.