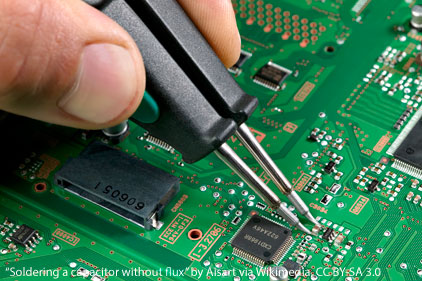 Completing the championship round with a nearly perfect score of 247 points out of 248, Min Seok Kim, Samsung Thales Company Ltd. (Korea), was crowned champion. He won a $1,000 cash prize, a new Metcal MX5210 soldering station and bragging rights as the world’s best hand solderer in 2015.

Also with a score of 247 points but with a slightly slower time, Hidemasa Kihara, Toshiba Design & Manufacturing Service (Japan), earned second place in the championship. Hasrol Mizam B. Hassan, HGST Technologies (Malaysia), took third place with a score of 244.

“Those who cheered on the competitors got a first-hand look at the best-of-the-best hand soldering talent across the globe,” said Kris Roberson, IPC manager of certification product development and competition coordinator. “We look forward to the upcoming hand-soldering competitions taking place in Europe and Asia.”