This website requires certain cookies to work and uses other cookies to help you have the best experience. By visiting this website, certain cookies have already been set, which you may delete and block. By closing this message or continuing to use our site, you agree to the use of cookies. Visit our updated privacy and cookie policy to learn more.
Home » Sight Glass vs. Magnetic Level Indicator
Fluid HeatingHeat Transfer FluidsAll Process Industries
Flow Control

A five-year study compares using a sight glass and a magnetic level indicator.

Local level indication is an important measurement for many process control applications. It provides a reliable way to confirm the level height. It allows a way to check and calibrate level transmitters. It can be used to temporarily and manually control the liquid level when the normal control systems are down. And it offers a redundant technology to measure level.

Armored sight glass usually consists of two armored castings that sandwich a piece of glass, allowing direct visibility of the liquid level. A magnetic level indicator is typically made up of a float containing a magnet that follows the liquid level inside of a chamber. The position of the float inside the chamber is indicated outside by dual-colored flappers embedded with magnets. As the magnet inside the float interacts with the magnets on the flapper outside of the chamber, the flapper turns and changes color to indicate level.

The four key ways — enhanced safety, maintenance, increased visibility and simplified installation — in which an MLI will actually reduce overall cost over time and improve functionality are discussed in this article. We will also go through an example of comparing the total cost of ownership of a sight glass to that of an MLI over a five-year period. A lot of these values are estimates and will vary greatly on changing applications and from plant to plant. In this example, we will use a 3’ indication length and assume our initial upfront cost of the sight glass is $450 while our MLI has a starting cost of $2,200. 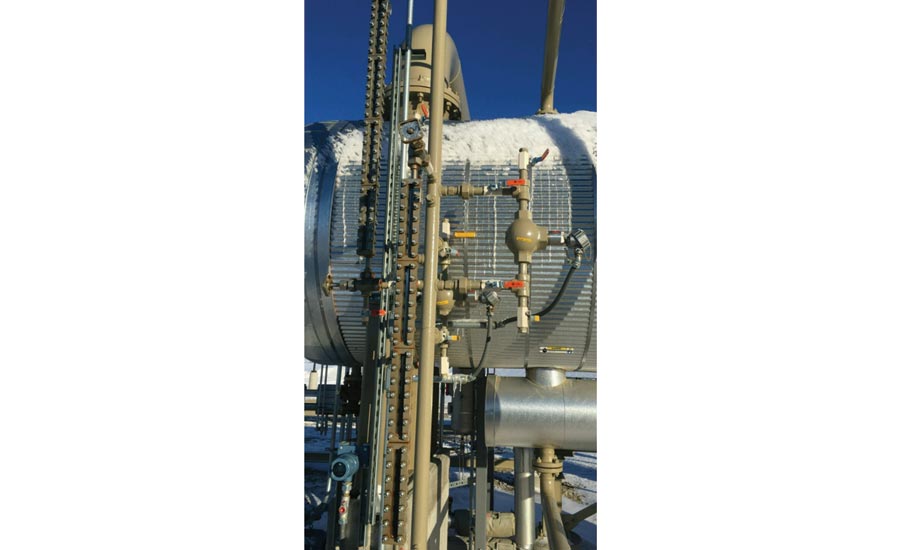 Sight glass has many shortcomings when it comes to safety. Because it uses glass as one of its pressure-containment walls, the risk of breaking dramatically increases when dealing with high temperatures, pressures and corrosive materials. In all scenarios, in the event of failure of the sight glass, extreme harm to the environment or an operator can occur. Temperature and pressure cycling will cause fatigue over time on the glass and sealant material, resulting in the possibility of cracking and leaking to occur. Corrosive chemicals can also attack the glass and sealant material, resulting in a similar outcome.

Due to its heavy-duty construction of welded stainless steel pipe, MLIs offer a solution that is almost unaffected by long-term effects of cycling of pressure and temperatures as well as corrosive process materials. The cost of a sight glass breaking is not really quantifiable. However, it can be predicted that it will be more expensive than initially using an MLI, especially if someone is hurt in the incident. Eliminating this safety risk is a huge advantage alone for the MLI.

The maintenance of sight glass is the greatest fixed cost-adder over a five-year period. When it comes to a maintenance plan, there are three important components: routine inspection, cleaning and repair/replacement.

Routine Inspection. Time between sight glass inspections will vary per the end user’s operational procedures. However, plants typically have a routine procedure in which every sight glass is inspected once a month. This involves isolating the sight glass, draining the gauge and taking a flashlight to inspect the glass for any distinct reflections that could represent a scratch or crack in the glass. This typically takes about 30 min depending upon the size of the sight glass. Roughly saying the cost of doing this procedure is $75/hr and, depending upon whether the plant requires two people for this activity, and at what salaries, this could result in a cost of about $450/yr for inspections of one sight glass.

Cleaning. Anyone who has ever used or seen a sight glass in service knows that over time, the glass becomes cloudy and dirty, making it nearly impossible to read the level. While most plants have routine cleaning schedules, due to the time-consuming process of cleaning a sight glass, some end users only do a cleaning once the liquid level is no longer visible. For the purpose of this example, assume that the average sight glass will need to be cleaned once every two years on average.

This is a time-consuming task and will typically take between two to three hours to complete, depending upon the size of the glass. Using the same $75/hr scenario, this results in another $225 every two years. When comparing this to the MLI, keep in mind that routine cleaning is not needed because the indicator is external to the process. 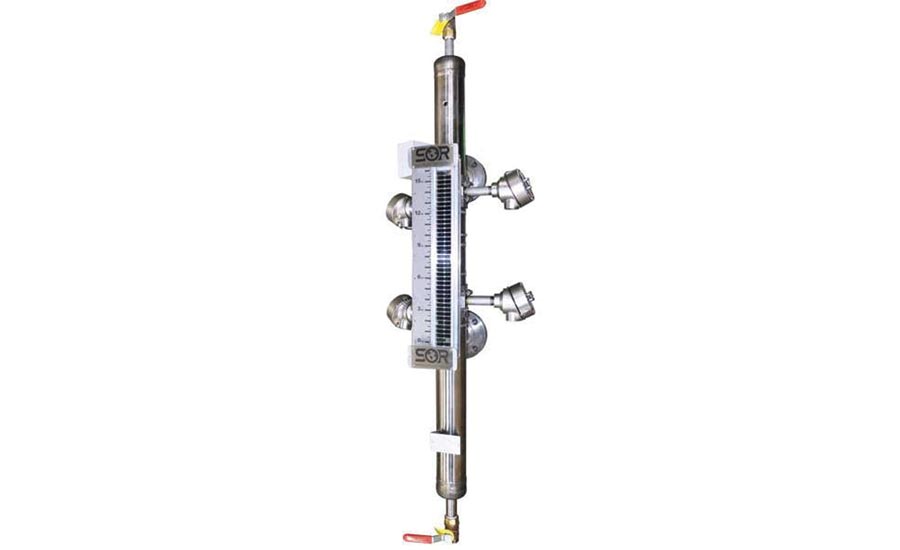 A magnetic level indicator is typically made up of a float containing a magnet that follows the liquid level inside of a chamber. The position of the float inside the chamber is indicated outside by dual-colored flappers embedded with magnets. As the magnet inside the float interacts with the magnets on the flapper outside of the chamber, the flapper turns and changes color to indicate level.

Repair/Replacement. With sight glass, there are many components that can fail or cause leaking. The main failure points, however, are going to be the glass itself and the sealing gasket. Over time, it is inevitable that one of these components will fail due to fatigue. This would warrant repairing or completely replacing the sight glass.

Replacement parts are cheap, only $20 to $30. However, it is a time-consuming process to repair these items. Typically, end users will determine that it will cost less to buy a new section rather than repair the old unit.

Magnetic level indicators carry long warranties, typically five years, as opposed to the standard one-year warranty on a sight glass. In addition, MLIs usually have a life expectancy that outlasts their warranty period, typically lasting 10-plus years without any repair or replacement. Sight glass will normally last from three to five years without needing any repairs or replacements. After a five-year period, that is another $450 for a replacement sight glass.

Increased visibility is related to safety. A lot of times the glass on a sight glass is so cloudy that operators will have to get their face close to the glass to determine the level. If there is any leak in the glass, that operator could be exposing themselves to the hazardous fumes/process.

In comparison, some MLI models can be seen from over 250’ away and have a 200-degree viewing angle. Since the indicator portion is external to the process, it will not become cloudy or unreadable like a sight glass will.

Installation time is reduced for an MLI over a sight glass as an MLI can be made to match up directly to existing piping connections. Typical installation consists of simply connecting the two process connections to the vessel.

Sight glasses are typically only available in 12” sections due to the weakness of the glass. They then need to be stacked during assembly by either welding each section together or threading them in. This creates more potential leak paths and takes more time to set up initially.

In addition to ease of installation, transmitters and switches can be easily added to the MLI chamber while a sight glass does not provide the capability to customize the chamber to function as a measurement bridle.

Matt Gasparovich is a product manager with SOR Inc. The Lenexa, Kan.-based company can be reached at 913-888-2630 or visit www.sorinc.com.