4 Q&A About Thermocouples and Datalogging

Do you have questions about how dataloggers can protect your thermal processes and equipment? Using a datalogger to record the thermocouple’s readings will reflect maintenance issues, significantly decreasing risk of system failure.

Sensors are a critical component of the thermal loop. They provide a millivolt signal to the controller which, in turn, applies an advanced algorithm and cycles power to the heater. But what happens if the reporting of this temperature is flawed because the sensor is inappropriately isolated from the process? The sensors and controls never ask why a system needs more heat. They only know that it does. A misreading could cause a constant and inappropriate increase of heat, which can lead directly to reduced heater life, premature failure and unexpected downtime of customer processes and throughput.

That being said, the simple need for maintenance can easily be detected with the use of thermocouples and datalogging to create a baseline temperature or profile for a heater.

What Could Happen in the Process?

An instrumentation best practice is to have at least one overtemperature thermocouple welded to the heater sheath in a process heater. This thermocouple reports the heater temperature back to a dedicated overtemperature controller that outputs operating commands. Over time, a buildup of customer process (oil, for example) can coat the elements in the system. Processes that deal with fatty oils, heavy crudes or anything with a low heat transfer rate are especially susceptible to this coking layer. The layer hinders the flow of heat to the process, and the thermocouple registers a higher sheath temperature.

Now, imagine there is a process thermocouple downstream of the heater. Because the heater has a coking, or insulating, layer of oil around it, and the heat is not transferring efficiently into the process, the thermocouple calls for more heat. This makes the heater run hotter, which increases the element temperature and adds to the coking layer, which prevents heat from getting into the process and starts a vicious cycle. Without a way to identify this situation, a failure in the system is inevitable. 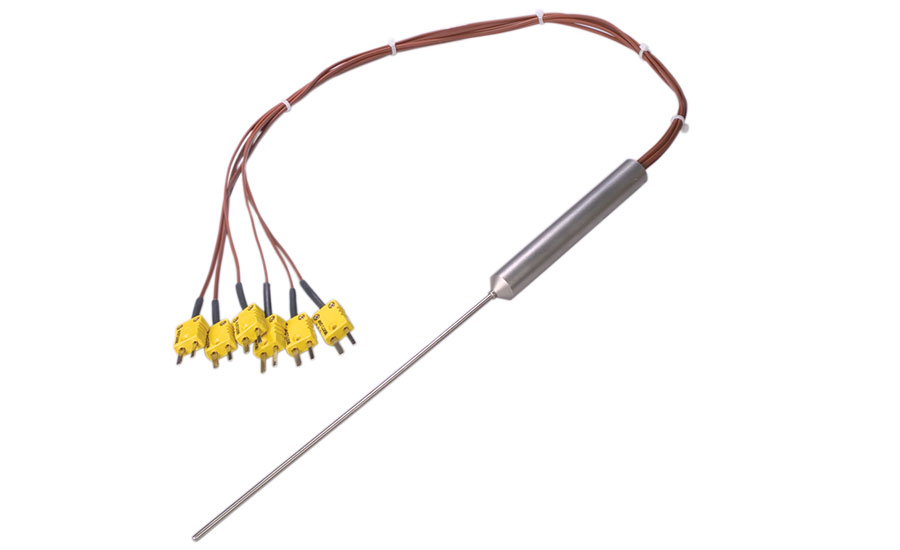 Connection problems are a common issue that leads to measurement errors in thermocouples.

Another risk, aside from coking layers causing a failure in system elements, is the failure of the elements in the heater due to extended use over a long period of time. Electric heaters utilize a resistive wire, and that resistance manifests itself as thermal energy. Over time, this resistance and temperature will begin to fluctuate when the element starts to die out. The thermal stress on the Nichrome wire of the element slowly, but constantly, deteriorates the wire itself. When this deterioration worsens with extended use of the element, the temperature will start pulsing — heating up or cooling down significantly. This pulsating temperature creates a predictive failure pattern that can be identified if it is monitored and logged appropriately.

Similarly, logging also can identify if a heating element in a heater has already died and needs to be replaced. Normally when this happens, other elements in the process will pick up the slack left from an element that has burned out, which means increasing their operating temperature. Pinpointing when elements are working harder to compensate for the failed element limits the risk of overheating and adding more thermal stress to the elements still in use.

Aside from failures of a system or within a system, temperature measurements outside the norm also can indicate minor issues with the thermocouple itself. Connection problems are a common issue that leads to measurement errors in thermocouples. If the proper type of extension wire is not used when increasing the length of a lead, it can create a thermocouple junction. If this junction is read instead of the temperature at the hot junction that should be read, the data will be inaccurate and not properly reflect the temperature of the machine. If temperature measurements are not accurate, there is no way to know if a problem — like the two that were previously discussed — is occurring within the heater.

How Do Thermocouples and Dataloggers Work Together to Prevent a Failure?

Thermocouples and controllers themselves do not prevent a failure from occurring. What they can do is create a temperature profile for a heater that can be used as a maintenance log. This is where datalogging is crucial and often not put into place.

As a stand-alone piece of equipment, neither the thermocouple nor the controller records the temperatures. Companies usually rely on the operator of that system to know the normal system temperature and identify when it drops or rises over time. Clearly, this is a flawed practice because it can take months to see the trend of an increase in heat, and operators are constantly changing. It is difficult to rely on the operator to be familiar enough with the equipment to know when something is unusual. In this practice, there is also no substantial data to present to facility maintenance that show there is a need for servicing on the heater. 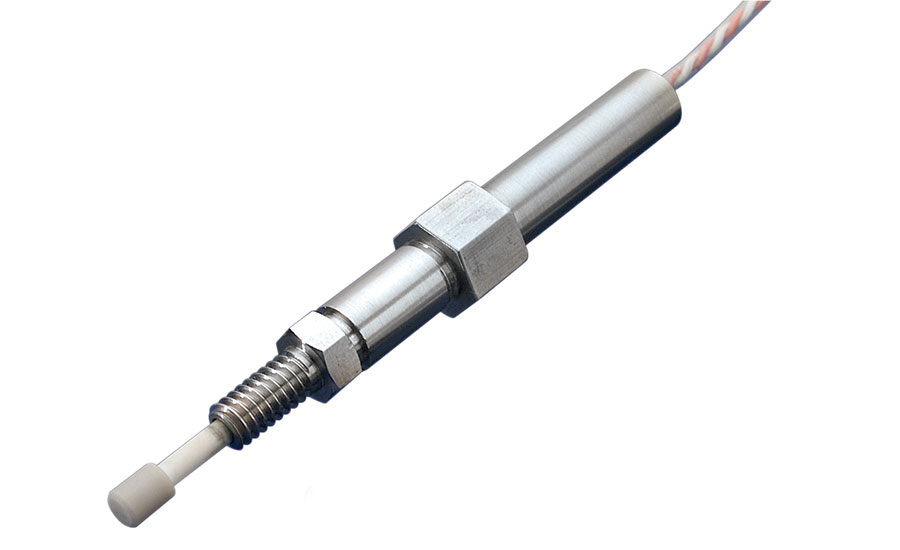 If temperature measurements are not accurate, there is no way to know if a problem is occurring within the heater.

Datalogging eliminates these operating issues. Even though identifying a change in heat trends still falls on the shoulders of the operator, datalogging gives them concrete records they can refer to when checking the maintenance needs of a system. More importantly, the data over time shows what normal operating temperatures are for the system and creates a temperature profile.

Why Is a Temperature Profile Important?

A common question plant owners ask is, “At what temperature is my heater going to run?” At first installation of the heater, the answer is merely a guessing game because operating parameters vary with every heater, and each process is unique. The only way to accurately answer the question is to run the heater in the process and record the temperatures over time to create a profile. This profile provides a baseline temperature for the system that anyone can look at and identify a change in operating levels.

In many process heating systems, a tight temperature window is important, but without a temperature profile, it is virtually impossible to identify any changes in operation that might raise a red flag. Logging temperatures over a period of time while the heater is in a solid state provides a clear understanding of the normal window in which a system should be functioning.

Why Does This Matter?

If a heater is going to melt, the thermocouple will be the first element to identify the risk. Datalogging of the thermocouple’s reading will reflect that risk so the operator can catch it before the failure occurs. Catching maintenance issues early significantly decreases the risk of a system failure and extends the life of both the heater and the heating elements.

Nathan Ehresman is the director for business development for process heat at Valin Corp., San Jose, Calif. For more information from Valin, call 855-737-4718 or visit www.valin.com.