Proper specification, installation and maintenance of desuperheaters and associated control valves will increase efficiency and uptime.

An ever-increasing need for steam at specific temperatures and pressures exists in many modern plants. Fortunately, significant improvements have been made to increase operational thermal efficiency and heat rates by the precise, coordinated control of the temperature, pressure and quality of this steam. But, much of the steam produced in power and process plants today is not at the required conditions for each application, so conditioning is required, often by a desuperheater system.

The sizing, selection, application, installation and maintenance of the proper desuperheating and steam-conditioning equipment, including control valves, is therefore critical to optimum performance. This article will discuss superheaters and associated control valves in detail, but first I will look at common applications and issues in affected industries.

Competing in the modern power market requires a heavy emphasis on the ability to utilize multiple operating strategies. Increased cyclical operation, daily start-stop and faster ramp rates are required to ensure full-load operation, particularly at daily peak hours, and to maximize profit and plant availability. Changes resulting from environmental regulations and economics also are combining to alter the face of power production.

At the same time, these changes are affecting the operation of existing power plants and the design of future plants. Advanced plant designs include requirements for increased operating temperatures and pressures along with stringent noise limitations in urban areas. Steam is used throughout power plants in many ways, from driving to turbines to feedwater heaters.

Hydrocarbon and petrochemical industries rely on the efficient conversion of low cost feedstock to high profit products. Hydrocrackers, furnaces, distillation columns, reactors and other process units must be designed to meet a range of conditions to accommodate various modes of plant operation. Temperature is a critical factor that must be taken into consideration during the design of each process unit, and it must be controlled precisely to optimize each operation.

Temperature is controlled in many ways in these plants. The most common method is through the use of heat exchangers and process steam. Process steam must be conditioned to a point near saturation before it is transformed into a medium that is more efficient for heat transfer. The proper selection of equipment will ensure optimum plant availability, reliability and profitability.

Other process industries such as mining, pulp and paper, life sciences and food and beverage experience reliability issues caused by steam-conditioning challenges. These industries also use steam for motive force and heat transfer. 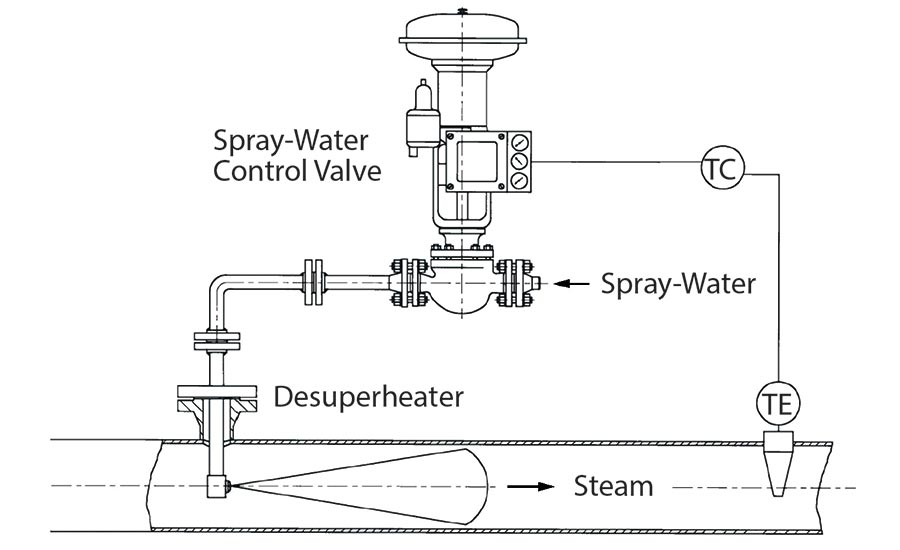 A schematic of a typical desuperheating system is shown in figure 1. A typical system consists of four main components:

When specifying a desuperheater, it is advisable to consult with the manufacturer because most desuperheater suppliers have multiple models from which to choose. Critical parameters (figure 2) include: 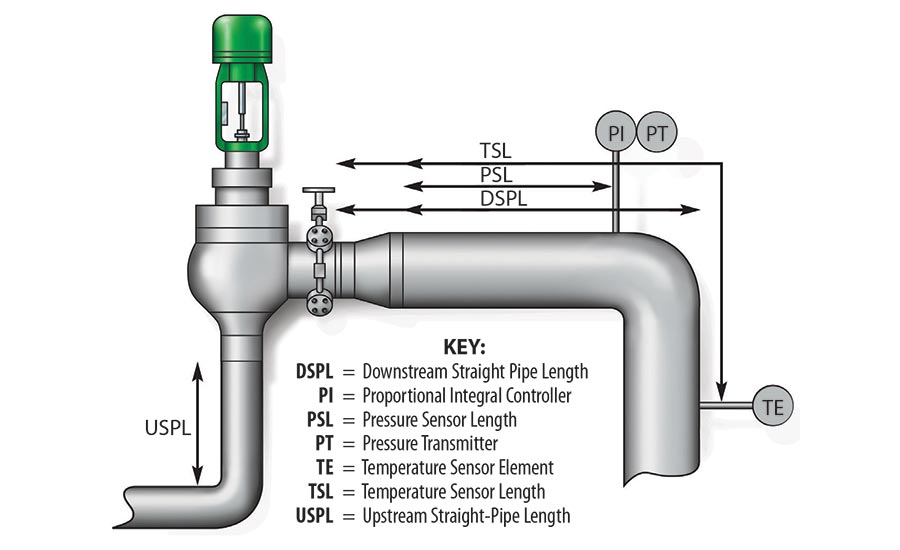 FIGURE 2. When specifying a desuperheater, it is advisable to consult with the manufacturer because most desuperheater suppliers have multiple models from which to choose. Several desuperheater components have critical parameters.

While each components affects operation, a note on orientation is warranted. Orientation can affect the speed of vaporization. Horizontal installations are most common, but vertical flow-up installations perform slightly better because of the positive effect of gravity. Vertical flow-down pipes perform less efficiently because of the negative effect of gravity, which reduces residence time.

Details of the actual control of a desuperheater are beyond the scope of this article; however, suffice it to say that pressure, temperature and flow sensors feed data to a control system that adjusts the spray-water control valve to deal with changing conditions. 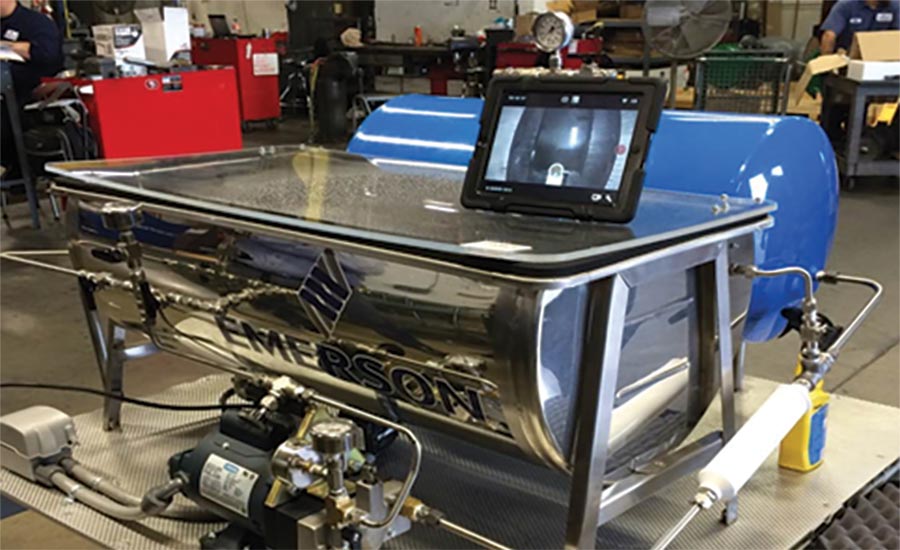 When a desuperheating system is purchased, often each component will be specified and purchased separately. In other words, the desuperheater will be purchased from one vendor, the control valve from another and so on. Unless the process plant has an extensive expertise in the design of superheating systems — not often the case — this approach is problematic due to the complexity of these systems. 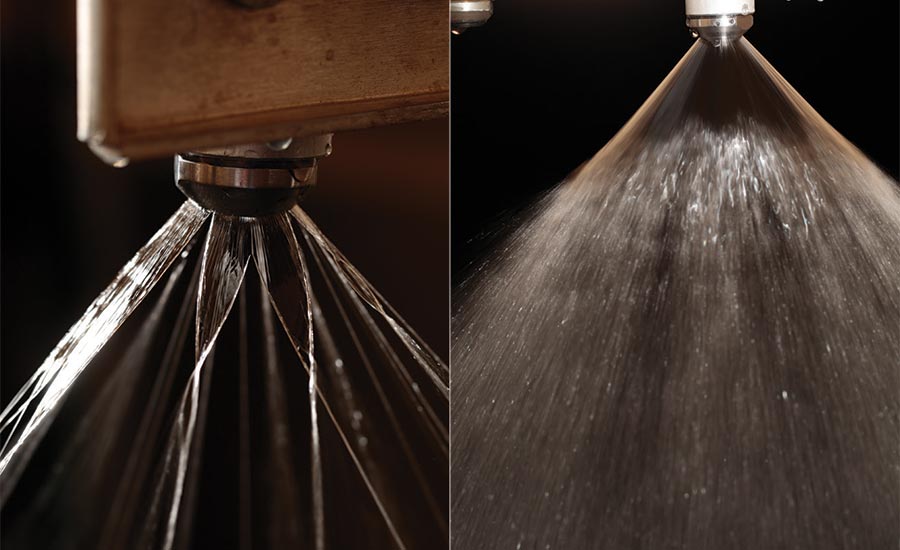 FIGURE 4: A damaged spray nozzle in operation (left) and a spray nozzle operating as designed (right) demonstrate that differences in the spray patterns matter. Nozzle condition has a significant effect upon operation.

Given these reasons, the control valve and desuperheater should be sized and selected together, preferably by the same vendor.

Once the equipment is received, it is critical for it to be installed according to the manufacturer’s specifications. First, a fine-mesh strainer must be installed in the spray-water line upstream of the desuperheater. The passages inside the desuperheater spray nozzles are small, and fine particulate will plug them and impede performance.

Over time, these strainers will start to plug, causing the spray-water valve to open further as demand on the system increases. Once the strainer plugs to a certain point, the spray-water control valve will be fully open but with insufficient water delivered to the system.

The second critical item is to verify the distance that the temperature sensor is installed downstream of the desuperheater. This distance is determined by the manufacturer, and installation must be at the dimension specified or greater.

Third, the desuperheater itself must be installed in the proper orientation to the steam line. It is not uncommon to see desuperheaters installed backward, or off one bolt circle segment on the mounting flange. This can cause the spray to be directed toward the pipe wall rather than down the center of the pipe, impeding operation.

Proper maintenance calls for nozzles to be inspected and spray-pattern tested annually using a desuperheater nozzle test skid (figure 3). During an inspection, check for cracks, loose nozzles, broken nozzles and even missing nozzles. Remove the insulation and inspect the welds and piping for cracks, leaks and corrosion. Pull the nozzles, insert a borescope and inspect the internal pipes and liners for problems. 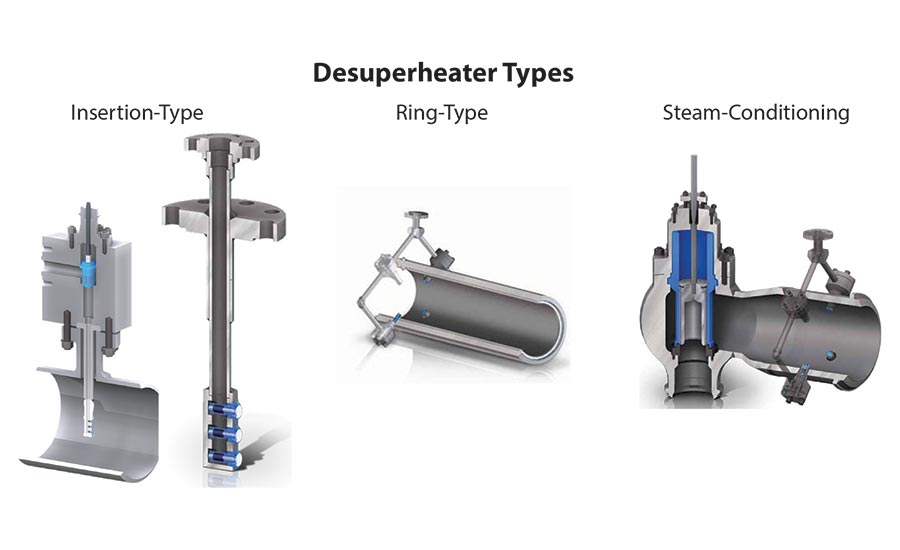 Figure 4 shows a damaged spray nozzle in operation (left) and a spray nozzle operating as designed (right). The difference in the spray pattern is pronounced and has a significant effect upon operation. When a spray nozzle clogs or functions improperly, it is unable to provide the proper amount of cooling spray. The spray can be too much or not enough; in either case, the result can cause damage to piping or other components.

Although all desuperheaters share many of the operating characteristics described, there are three basic types: insertion-style, ring-style and steam-conditioning valves (figure 5).

Insertion Style. An insertion model is so named because it is inserted into a pipe instead of being mounted inline like the other two types. Insertion-style desuperheaters are only used for temperature control. Some designs have the control valve integrated into the desuperheater as a single compact unit while others use a separate control valve.

In conclusion, proper specification, installation and maintenance of a desuperheater will ensure optimum temperature control performance, long desuperheater life, correct operation, long life of downstream equipment and minimal unexpected shutdowns. Desuperheaters are complex devices, however, and should be selected with the aid of the manufacturer.

Mark Nord is the director of the power/OEM industry group at Emerson’s Fisher Business Unit in Marshalltown, Iowa. The company can be reached at 641-754-3011 or visit www.emerson.com/en-us/automation/fisher.

5 Ways to Use Heat Tracing

Keys to a Successful Oven Installation