The quality of the insulation can deteriorate over time due to environmental conditions such as temperature and humidity.

The first step to preventing premature heater failures is to use a Megger test to check the insulation integrity. An insulation tester resistance meter can be used to verify the condition of the electrical insulation. The results demonstrate the health of the element, and thus help to determine if a specific element, or circuit, needs to be replaced.

Many plants are still utilizing industrial heaters that are 20 or more years old. With many of these older heaters, some of the elements certainly have failed. Naturally, when certain elements fail, others are forced to work harder, which causes them to become stressed and worn down from the increased workload. This is a large driver behind heater failures. Therefore, it is crucial to plan ahead and act preventively to reduce the chances of a premature failure.

The process of fixing a heater may be difficult, but the actual logistics depend on the heating system’s design. For instance, with elements that are welded into the flange, they typically cannot be field replaced. The entire bundle must be removed and sent back to an authorized facility for testing, repair or replacement. In such cases, keeping a spare bundle on the shelf is recommended. Some of these heaters may be custom designed and generally have a long lead time.

Heating elements are hygroscopic, meaning that they will suck moisture out of the air like a sponge. If water gets into the element and full voltage is applied, the current will use the moisture as a conduit through the insulation and arc over to the sheath, causing a short.

This is not usually an issue with a heater that runs continuously because the high element temperature will stop moisture from getting in. In some applications, however, an electric heater is only be used on plant or process startup. These elements are particularly susceptible to moisture ingress and must be always be insulation resistance tested prior to energizing.

What should you I do if you have a wet heater? The best option may be to pull the heater out and send it to an authorized facility that has an oven designed to bake out large heaters.

If a processor is unable to bring the heater into a factory for rework, the insulation resistance usually can be restored, or dried out, by energizing the heater at approximately half of the rated voltage. Operating the heater under these conditions produces enough heat in the elements to drive the moisture out. This reduces the risk of having insufficient voltage to arc to the element sheath and subsequently creating a short. The element sheath material temperatures must still be limited to safe values. If these temperatures are not limited, permanent damage to the elements could potentially occur. 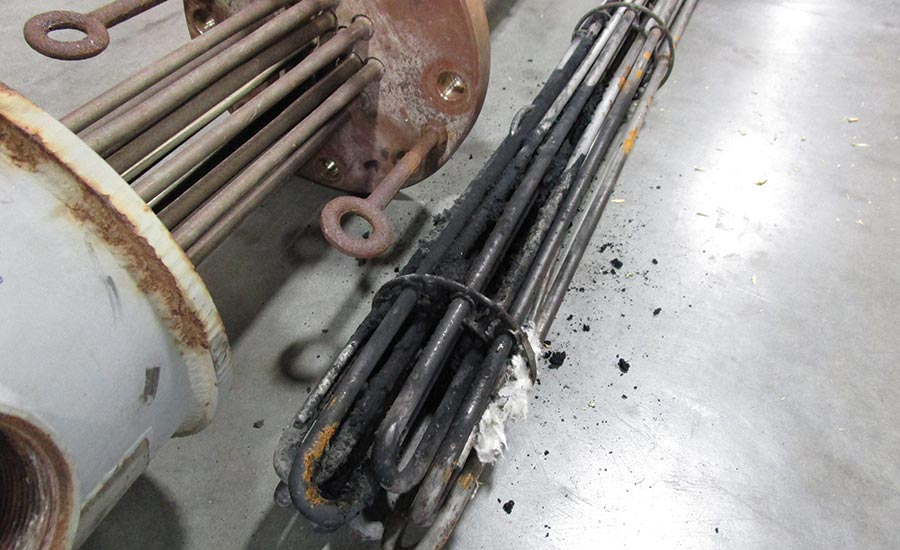 If water gets into the element and full voltage is applied, the current will use the moisture as a conduit through the insulation and arc over to the sheath, causing a short.

Maintaining insulation resistance is a crucial aspect of ensuring a heater is in good shape. Barring any major process upsets, a heater will continue to maintain its optimum insulation resistance if it is operated on a regular basis. If, however, unsealed heaters are operated in between long periods of downtime, or if they are in high humidity environments, certain procedures must be performed to help protect against premature failure. One way of doing this is to keep the terminal housings dry by sealing the openings in the terminal housing and providing dry nitrogen or an instrument air purge of the terminal enclosure.

If dry nitrogen or an instrument air purge is not practical, flange immersion heaters and other heater assemblies with large terminal enclosures should be kept dry by heating the ambient air inside the enclosure right above the dewpoint. (This is the temperature where air must be cooled to become saturated with water vapor.) In order to do so, a small thermostatically controlled electric heater should be installed to hold the enclosure above the dewpoint. This procedure will prevent condensation on the wiring and other exposed terminals during downtime as well.

If the heater is in storage, it should have both the terminal housing sealed and a desiccant (otherwise known as a drying agent) placed inside. Open enclosures should be encircled with plastic and sealed firmly with tape to prevent moisture and condensation from entering the terminal area during storage. 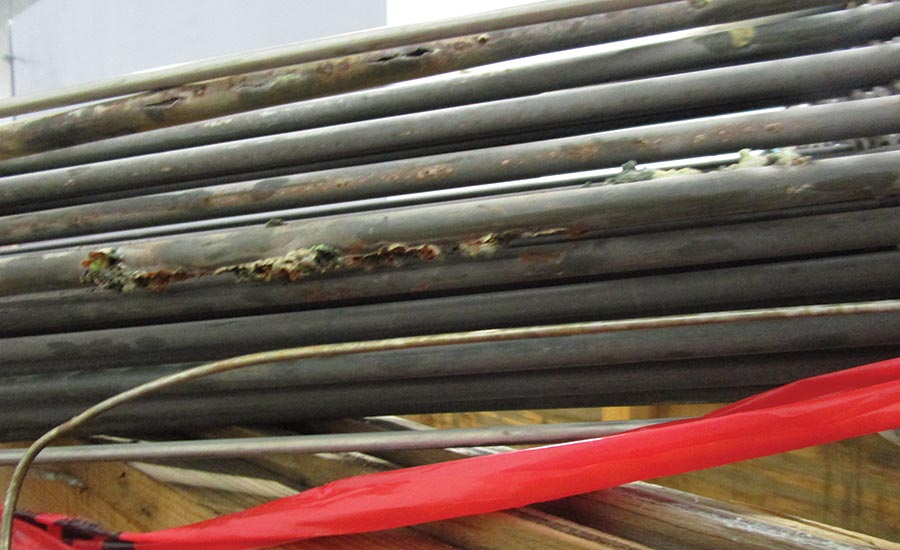 Electric heaters that are only used on plant or process startup are particularly susceptible to moisture ingress. They must be always be insulation resistance tested prior to energizing.

When long storage times — due to extended downtimes or harsh operating environments — are required, moisture seals rather than moisture barriers are recommended for the element terminations. To avoid megohm problems, ceramic insulators with room-temperature-vulcanizing silicone can serve as a cost-effective moisture seal for most flange immersion heater applications. If it is possible to predict the operating temperature of the terminations, epoxy can provide a useful moisture seal. If environments are severe or applications are critical, glass to metal hermetic seals can help to solidify long-term insulation resistance of individual elements.

The biggest hurdle for most plants to overcome is the time investment. While it is true that these methods require a large portion of time to assess what the problem is and determine which method is best tailored to fixing the specific problem, the alternative is much worse. By not dedicating the time to address the many issues that can arise with the use of a heater. It is always advised to practice preventive maintenance and perform an insulation resistance test before it is too late, and the damage is irreversible.

Nathan Ehresman is the director for business development for process heat at Valin Corp., San Jose, Calif. For more information from Valin, call 855-737-4718 or visit www.valin.com.