The use of optical fiber for temperature sensing is expanding beyond safety applications. Optical sensors are replacing spot sampling in implementations that require accurate heat measurement and control.

The Industrial Internet of Things (IIoT) begins with obtaining data from field-located sensors. The reason is simple: These devices supply the information required for taking corrective action.

One of the main variables measured in process plants and facilities is temperature — traditionally by thermocouple and RTD point-sensing devices. These devices either connect directly to host systems or, more typically, through temperature transmitters.  (The transmitters accept thermocouple or RTD inputs and send 4 to 20 mA or digital outputs to host systems.) Host systems can include distributed control, asset management or maintenance systems.

Infrared cameras are another popular choice for point temperature sensing. They are particularly common in applications where a sensor cannot be installed in direct contact with the media to be measured. An example is a live busbar in electrical switchgear.

As the name implies, point temperature sensors only measure temperature at the point of installation. This is sufficient in many applications; however, in some instances — a belt conveyor, power transmission cable or pipeline, for instance — it is necessary to measure temperature over a long and linear area. Planar surfaces such as furnace walls also may require accurate temperature monitoring.

When temperature must be measured over such long distances and large surface areas, distributed temperature sensing (DTS) with optical fiber may offer a more efficient solution than installing many single-point sensing devices. This article will describe how optical fiber is used for measuring temperature and discuss some novel ways it is being used for industrial applications. 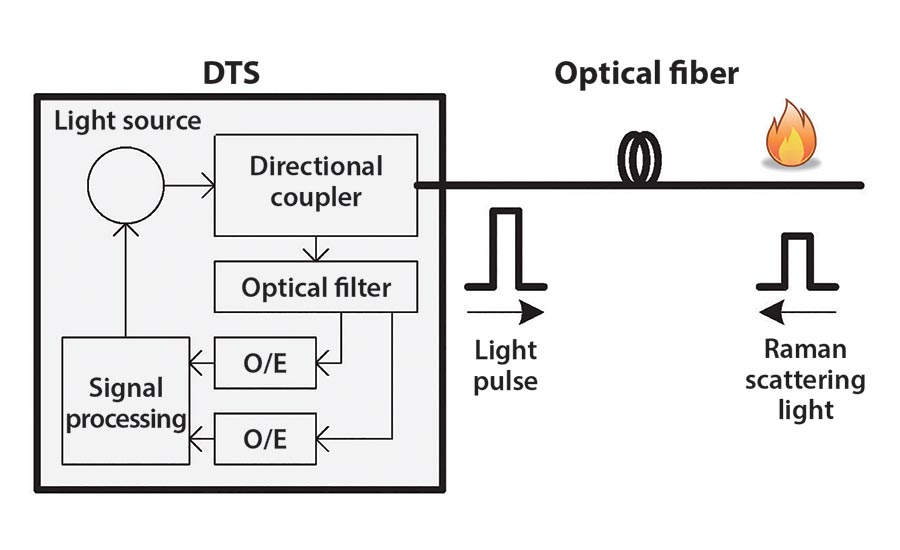 FIGURE 1. Light pulses are reflected back along the length of an optical fiber to determine temperature.

While the precise methods vary a bit among manufacturers, many systems using distributed temperature sensing measure temperature and distance over the length of an optical fiber using the Raman scatter principle (figure 1).

In this scheme, a pulse of light (laser pulse) introduced into an optical fiber is scattered by fiberglass molecules as it propagates down the fiber and exchanges energy with lattice vibrations. As the light pulse scatters down the fiber-optic cable, it produces stokes signals (longer wavelength) and anti-stokes signals (shorter wavelength), both shifted from the light source’s launch point. The intensity ratio of the two signal components is proportional to the temperature at the position where the Raman scatter is produced.

This temperature can be determined by measuring the respective intensities of stokes and anti-stokes signals. Furthermore, part of the scattered light — known as the backscatter — is guided back toward the light source. The position of the temperature reading along the length of the cable can thus be determined by measuring the time taken for the backscatter to return to the source. 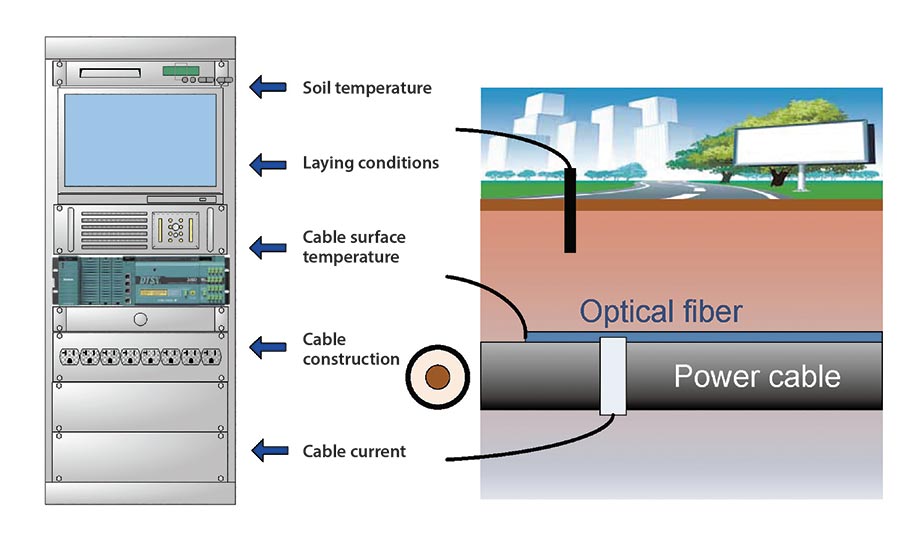 FIGURE 2. Real-time thermal rating technology can be used to calculate the temperature of a power cable’s conductor.

Conventional Use of DTS to Improve Safety and Reliability

Typical process applications for which distributed temperature sensing is include:

Power Cable Temperature Monitoring. Measurements of the surface temperature of power cables can be used to detect the deterioration of insulation caused by heat. (Such deterioration may lead to grounding faults and fire.) Because optical fibers are immune to electromagnetic induction, they are well-suited for this purpose.

Monitoring the surface temperature by distributed temperature sensing also is useful for improving the efficiency of power cables. As shown in figure 2, real-time thermal rating (RTTR) technology can be used to calculate the temperature on a power cable conductor. This calculation is performed based on: 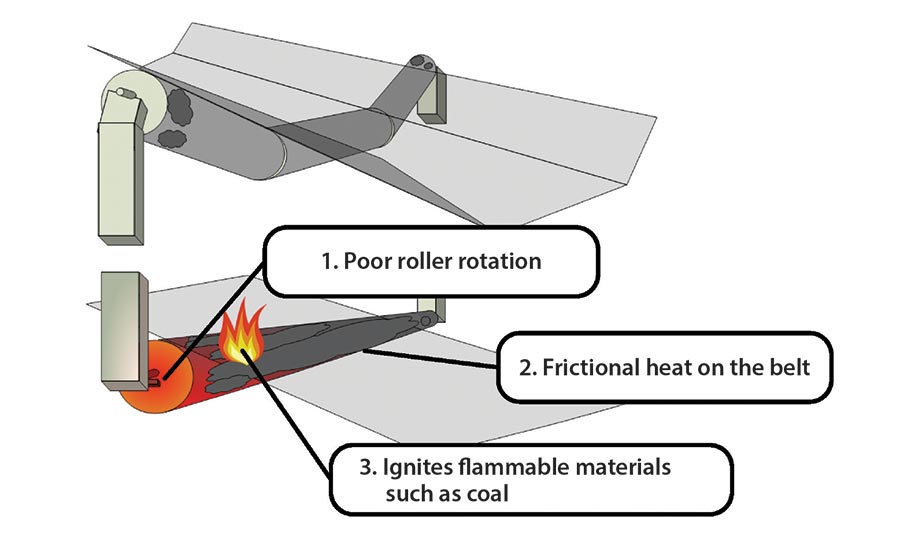 Monitoring the actual temperature of power cable conductors in real time is the best way to determine the approach of a limiting value. This determination ensures the power cable can be used in an efficient, safe manner. It also provides benefits such as assisting with preventive maintenance, delivering a more stable power supply through the reduction of blackout risk, prevention of deterioration and increased power transmission.

Monitoring Furnace-Wall Temperature. Furnaces often experience a decrease in combustion efficiency due to the deterioration of refractory bricks in the furnace walls. Hot spots can be detected by measuring furnace-wall temperatures to find developing problems. Due to the high temperatures and large areas involved, this is difficult using point temperature sensor measurements.

This information can be used to transform maintenance from reactive to proactive, preventing unplanned shutdowns. Timely replacement of damaged bricks helps increase efficiency, save energy and avoid catastrophic damage to the furnace’s iron shell.

Pipeline and Tank Leakage Monitoring. Natural gas and oil pipelines typically are many miles in length, making them a good fit for monitoring via distributed temperature sensing to detect leaks. 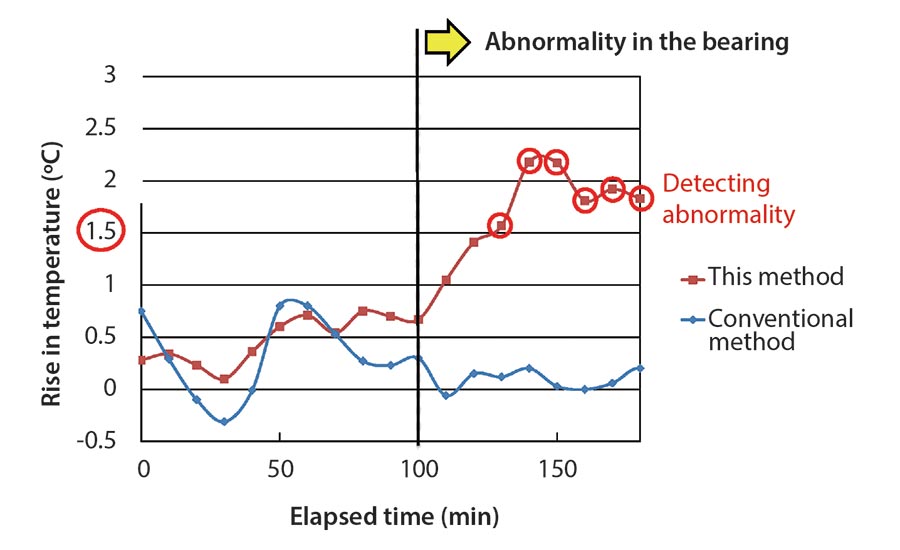 FIGURE 4. The results of detecting a bearing abnormality by using a conventional method and an optimized distributed temperature-sensing method are compared.

Lines carrying heated product such as heavy oil, multi-phase products, molten products, heated water and steam also lend themselves to distributed temperature sensing due to the local temperature increases that occur as the product escapes. (In these cases, the temperature differential is a rise, as opposed to products under pressure at temperatures near ambient, where a leak causes a temperature drop.)

Optical fiber is installed along the outside of the pipe within protective sheathing. Exact installation location is dependent on the relative areas of the anticipated temperature differential generated by a leak and on other factors such as available mounting space.

For many of the same reasons, DTS works well for detecting tank leaks. The main difference in these applications is that the optical fiber is wrapped around the tank rather than along the length of piping.

Fires at belt conveyors often are caused by abnormalities in the roller bearings. Poor rotation of a roller causes frictional heat on the belt, and this heat may ignite flammable materials on the belt (figure 3).

Optical fibers cannot be laid directly on a roller because it revolves. Conventionally, it also is difficult to precisely detect the rise in temperature of the roller because its diameter (approximately 4” [10 cm]) is much smaller than the spatial resolution (3.2’ [1 m]) of a typical distributed temperature sensing. 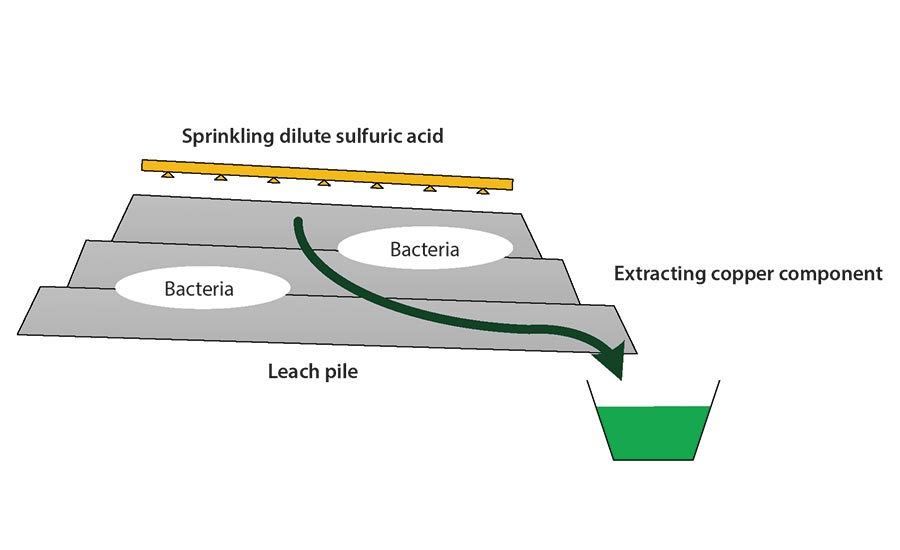 FIGURE 5. Copper is extracted using a combination of dilute sulfuric acid and bacteria.

To solve this issue, heat transfer was simulated under these conditions to determine how distributed temperature sensing could be used to measure the distribution of the temperature rise caused by a bearing problem. They also conducted experiments on the roller of an actual belt conveyor and optimized the type of optical fiber, laying method and data processing. The heat transfer simulation and associated field experiment determined how best to measure the radiant heat from the roller shaft.

Distributed temperature sensing can be installed easily by laying the optical fiber linearly along the belt conveyor, without requiring any complicated fitting to the form of the rollers. The system provides early detection of temperature increases, allowing users to take preventive measures such as replacing rollers to prevent damage and shutdowns caused by fire.

Copper Bioleaching to Improve Productivity. Distributed temperature sensing can be used to visualize temperature distributions over large physical areas such as those often found at copper mines. In copper mining, mined copper ore is stacked into a pile (leach pile), and dilute sulfuric acid is sprinkled over it so the copper component can be extracted (figure 5).

A mixture of bacteria and sulfuric acid can be used to accelerate the leaching and recovery of copper in a process referred to as bioleaching. Although it is well known that bacteria become more active in a certain temperature range, it has been problematic to apply this knowledge to bioleaching. After all, it is difficult to measure the temperature inside a pile encompassing several square kilometers.

Tunnel Furnace Monitoring to Improve Quality and Yield. Tunnel furnaces are used in drying and heating processes. The large spatial temperature distributions found within can degrade quality. In many tunnel furnaces, point-type temperature sensors are installed every few feet. But even after going to the considerable expense of installing and connecting these sensors, it remains difficult to confirm the temperature distribution longitudinally, and also to the left and right of the conveyor, which typically runs down the middle of the furnace. As a result, the temperature inside the furnace cannot be optimized, negatively affecting quality and yield.

Distributed temperature sensing allows the temperature distribution in the furnace to be measured accurately in real time (figure 6). Furnace temperatures can be visualized and optimum temperature conditions can be maintained, resulting in improved quality and yields. 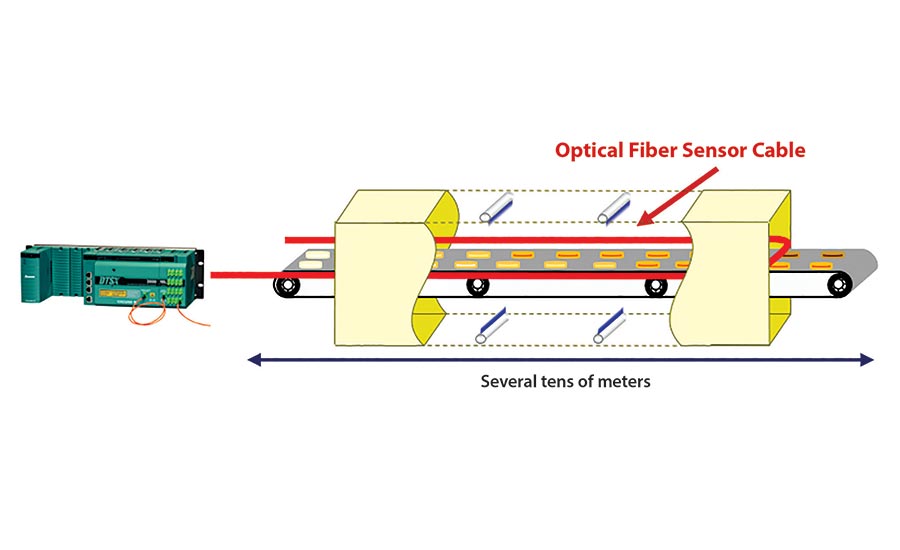 FIGURE 6. An optical fiber sensor cable can be installed along the length of a tunnel furnace in a U-shaped configuration to measure temperatures both longitudinally and on both sides of the conveyor.

Specialized tunnel furnaces are used extensively in carbon-fiber production processes, specifically in fiber oxidation chambers. The temperatures in these chambers must be monitored with high accuracy and resolution to ensure quality. Temperature dispersion is the most critical factor affecting the fiber oxidation process. It also has a significant impact on fiber mechanical characteristics, which are used as a quality differentiator among fiber production grades.

At one facility, the chambers were electrically heated, with just a few temperature-measurement probes installed. This measurement infrastructure could not give an exact and accurate overview of the temperature distribution profile in the chamber.

A DTS system was installed to provide continuous temperature monitoring and control inside the oxidation chambers. The system was used to make measurements between the rolling fiber planes in the chamber space, providing a reliable and accurate temperature profile horizontally and vertically. This information was used to improve the production processes and, ultimately, the quality.

In conclusion, several advanced options are available for using distributed temperature sensing to solve difficult problems not suitable for conventional point or DTS measuring methods. The result is early detection of abnormalities, along with other improvements to efficiency, productivity and quality.

Toru Fukuzawa is the manager of business planning in the Edge Solution Division, Information Technology Center, IA Products and Service Business HQ of Yokogawa Electric Corporation. The Tokyo, Japan-based company can be reached at +81-422-52-5530 or visit www.yokogawa.com.