Startup passivation chemistry is critical to maximizing the useful life of a new tower.

Galvanized coatings for cooling tower systems — cooling towers, evaporator tube bundles and others — have been used since the 1950s due to their relatively low cost and long service life. The galvanizing process bonds a layer of zinc metal to steel. When properly applied and passivated, the zinc coating works as a non-permeable sacrificial anode to prevent corrosion of the underlying steel structure. White rust, which is the oxidation form of the zinc coating, shows up as white spots and bumps on a galvanized surface (figure 1).

White rust is a combination of zinc carbonate and zinc hydroxide. It is porous and generally does not protect the steel structure. More importantly, corrosion of the underlying steel can become concentrated under the white rust bumps, quickly developing into pitting corrosion. Left unchecked, leaks can form in a tower basin in as little as two months.

The incidence of white rust damage to towers has increased dramatically since the late 1980s. Environmental-discharge concerns have led to more stringent regulations that reduce or eliminate the use of some effective chemicals in both the galvanizing process and in water treatment programs. For instance, chromate is the most effective treatment for passivating galvanized coatings, but it has been eliminated as a water treatment option and is restricted for galvanized manufacture. Other traditional treatments such as molybdate, phosphate and zinc treatments also are restricted in many communities.

As plants and other facilities attempt to minimize water volumes used in cooling, the softening of makeup water has become more common because it allows the cooling system to be run at higher cycles of concentration. This minimizes water use. In addition, scale-inhibition chemistry has become more effective. If over-applied, however, the scale inhibitors can attack metal oxide passivation layers on the piping and tower construction. All of these factors have contributed to an increase in white rust damage to new galvanized tower systems.

Plant managers considering the purchase of a new cooling tower should keep in mind the importance of consulting a water treatment representative early in the selection process. Several factors should be considered before choosing the tower’s construction materials, and the water treatment provider can offer insights on how those selections and the planned water treatment will interact. Factors to consider include: 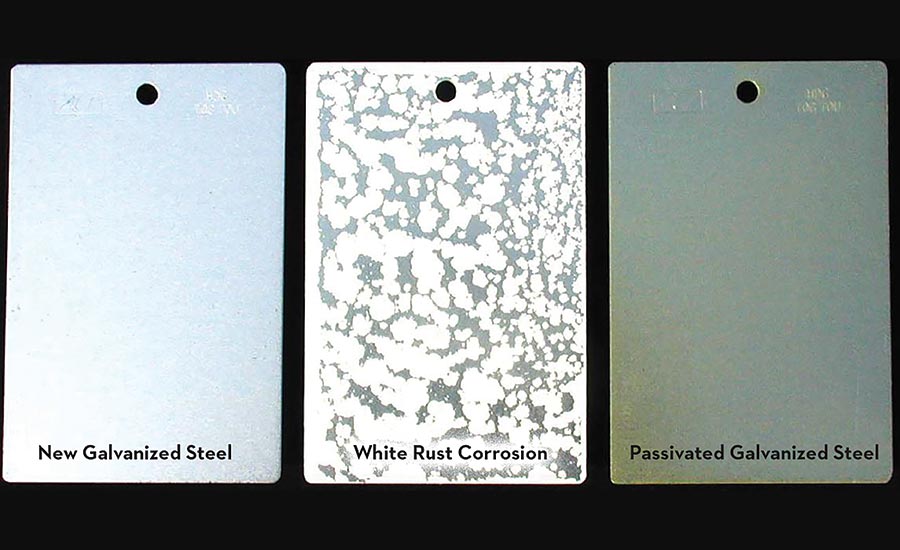 FIGURE 1. White rust is a combination of zinc carbonate and zinc hydroxide. It is porous and generally does not protect the steel structure. Here is shown in comparison to new and passivated samples. Source: Association of Water Technologies

Most original equipment manufacturers (OEMs) for cooling towers have specific requirements for water quality in galvanized systems. While there are slight differences, the guidelines generally fall into two categories (figure 2).

If a facility will not be able to meet these requirements, management should explore other construction materials options. Plastic, stainless steel, concrete, wood and fiberglass can all be good alternatives. Higher upfront costs need to be evaluated against operational and maintenance costs.

If a galvanized tower makes sense in your application, the startup passivation chemistry is critical to maximizing the useful life of the new tower. The following list is a guide for successful commissioning of a new tower. Initial passivation will generally take 12 to 14 weeks, and it is concluded once a dull gray passivated coating can be seen visually on the galvanized metal. Waiting to start the passivation for even a week after water circulation has been started likely will result in an incomplete passivation, white rust and eventual leaks. For that reason, it is critical that the galvanized steel passivation process described is started as soon as water is first circulated through the system.

Clean the System. All new systems should be cleaned to remove oils and construction dirt but avoid strong acid or alkaline cleaners. Phosphate- and surfactant-based cleaners are recommended.

Control pH. During the initial passivation period, the cooling water pH should be controlled between 6.5 and 8.0. This usually requires a pH-controlled acid feed or an acid-based treatment chemical. If you do not have real-time pH monitoring and control, however, do not feed acid. There is no way to consistently control acid feed within safe parameters by daily manual testing. Equipment damage can be severe and can happen within hours. It is equally important that the real-time pH control system be maintained in good working order and calibrated on a daily basis. 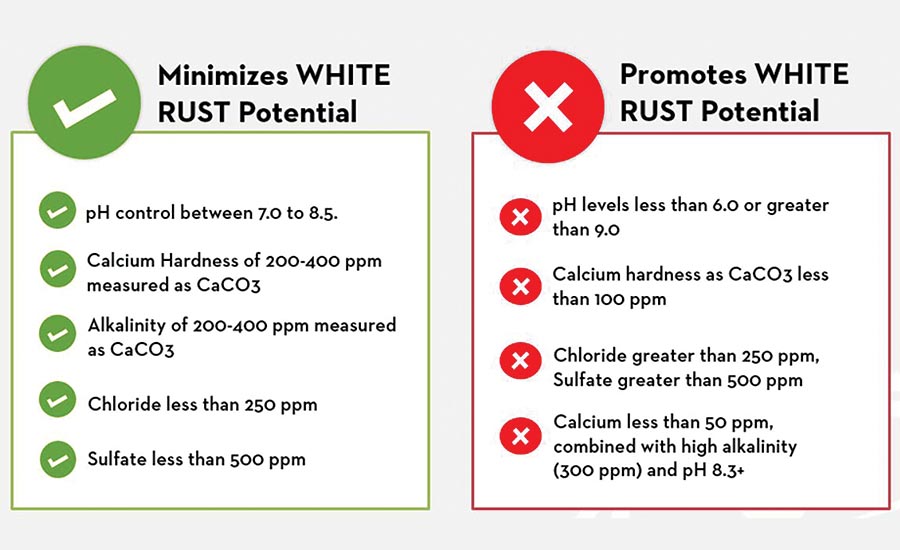 FIGURE 2. Most cooling tower OEMs have specific requirements for water quality in galvanized systems. While there are slight differences, the guidelines generally fall into the two categories.

Maintain Water Hardness. Soft water prevents passivation of the galvanized metals. A minimum of 50 to 100 mg/l of calcium hardness as CaCO3 is required. If the system is designed for soft water, a hard water bypass should be installed and regulated during the passivation period.

Maintain Phosphate Concentration. Stabilized phosphate chemistry is effective in promoting zinc passivation. The recommended phosphate concentration can range from 20 to 200 ppm, depending on water chemistry and the speed with which you are trying to achieve passivation. However, careful hardness and alkalinity control are necessary if high phosphate dosing is desired in order to prevent calcium phosphate deposition. The suggested best practice is to maintain between 20 to 40 ppm of orthophosphate in the circulating water for about 90 days. If the cooling system runs seasonally, it is helpful to run a phosphate passivation program for the entire first season.

Avoid a Heat Load If Possible. Passivation is best accomplished under conditions of reduced heat load because evaporation from heat load can concentrate corrosive ions and increase pH, creating the potential for fouling. If heat load cannot be avoided during initial passivation, then the risk of white rust will increase, especially for systems with moderate to high makeup water alkalinity and dissolved solids. Operating at reduced cycles of concentration during the passivation process can increase the likelihood of a successful passivation.

Once a successful passivation has been conducted, there are more options available with the water chemistry. Tower pH can be increased slowly if necessary, but it never should exceed 9.0. Soft water also is acceptable as long as a corrosion-inhibiting chemical program designed for white rust prevention is used.

Regardless of the program used, proper control is important. Overfeed of phosphonates and chelating polymers can remove the passivation from the zinc, requiring a new passivation procedure to be run.

Michael Mowbray, CWT, is the technical marketing manager with U.S. Water Services Inc., St. Michael, Minn. The company can be reached at 866-663-7633 or visit www.uswaterservices.com