Many refinery complexes in Texas are aging: At sites across the region, it is not uncommon to find boilers that are more than 50 years old. As a result, these facilities can be hit with costly unplanned outages as well as being subject to higher fuel costs due to inefficiency. In addition, stricter environmental regulations are requiring upgrades that are intended to bring refineries within acceptable limits.

Take the case of the Air Liquide Bayport Complex, a facility near Houston that supplies oxygen, nitrogen, argon, hydrogen, electricity, steam and industrial and demineralized water to manufacturers in the chemicals, refining, energy, pharmaceuticals, food and beverage, manufacturing, metals and other industries throughout the United States. Unique to Air Liquide facilities, the Bayport complex is the only facility to have on-site air-separation units, cogeneration units, boilers, industrial water treatment and a steam methane reformer. It has long served as the heart of the company’s Gulf Coast operations, supplying product to customers via pipeline, truck and rail.

In 2013, Air Liquide initiated a multi-year effort to redevelop the Bayport facility. Among the changes were an upgrade to its cogeneration units to raise efficiency, add production capacity for process heat and lengthen lifespan. This included the replacement of boilers from the 1960s that suffered from poor reliability and efficiency. The project also included three new auxiliary boilers to support the existing air-separation units at the complex.

Driving factors for the plant upgrade included a desire to increase capacity and the requirement to meet stringent emission limits. To help meet these goals, Air Liquide invested approximately $230 million to upgrade its cogeneration plant. (The investment is supported by a long-term contract within the Bayport Industrial District.) This included energy-efficiency upgrades made to four cogeneration units. After the upgrade, the facility has the capacity to produce 300 MW of electricity and more than 1,300 tonnes of steam per hour. 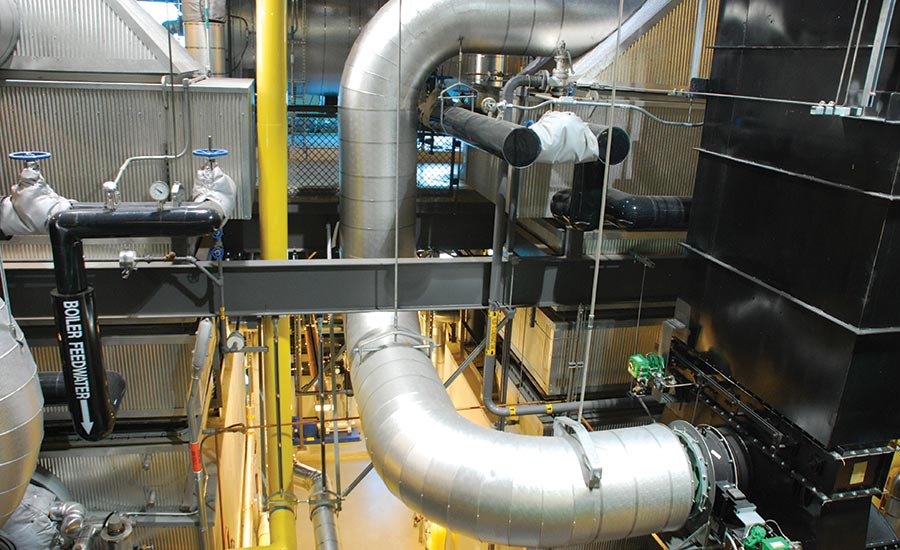 Does Your Boiler Need Attention?

Any boiler system upgrade begins with an evaluation the existing equipment. Next steps can range from simple boiler tuneups to system upgrades and boiler replacement. Working with an experienced process boiler supplier can help you:

The boilers were custom engineered for the Bayport facility. In addition to conservative steam-drum sizing, the company employs chevron-vane separation technology to minimize moisture carryover. The membrane-wall fabrication provides a water-cooled furnace with zero gas bypass and lower emissions; as a result, refractory walls or seals are not needed. This design approach helps reduce operating costs because maintenance calls to repair or replace damaged refractory are eliminated.

The boiler design also accommodates high cycling operation. Historically, natural gas cogeneration plants in the United States have been built to operate as a base load source of power. Similarly, the units at Air Liquide’s Bayport facility tended to follow a fairly steady pattern of operation, with relatively few starts and stops except for scheduled maintenance intervals.

By contrast, many modern cogeneration plants have transitioned to an operation mode that requires more far cycling than before. This has caused problems in aging boilers and heat recovery steam generators at many plants due to the presence of sudden, large shifts in temperature during cycling. 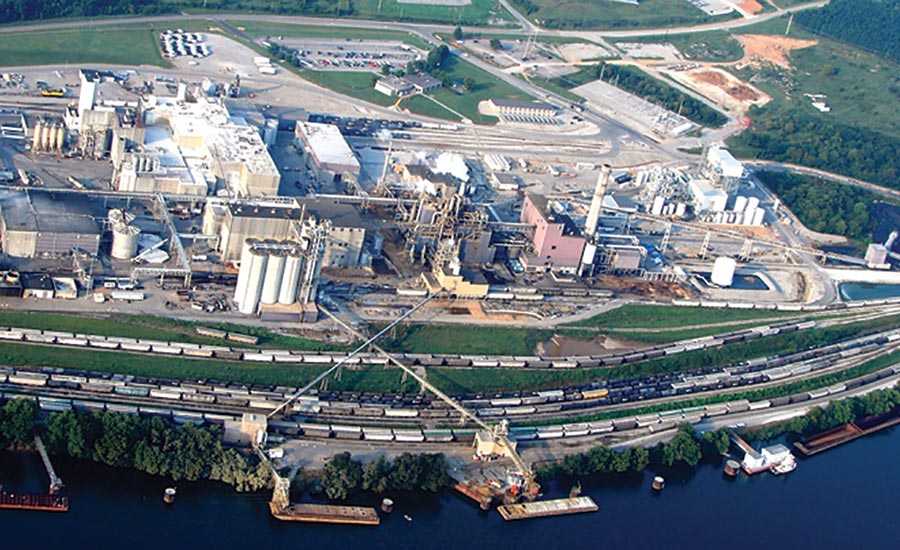 Aging process plants such as this one in Tennessee are upgrading their boilers.

To better accommodate such an operations mode at the Bayport complex, the boiler units installed at Air Liquide are designed to enable faster startup and cool down. They are built to withstand the large temperature transients occasioned by either turning on a cold boiler and ramping it up to full operation, or rapidly shutting it off.

The maintenance manager at Air Liquide notes that the boilers have been operating well since installation without issue. Reliability is much higher than with the previous boilers due to the design enhancements made to accommodate cycling. Maintenance activities have changed from regularly having to repair refractory or replacing parts altogether to routine inspection and preventive maintenance.

In addition, the boilers successfully dealt with increased capacity without issue. Emissions have been considerably reduced and now meet the stringent emissions requirements imposed by the local air quality authorities.

Harry Kumpula is the marketing director with Rentech Boiler Systems. The Abilene, Texas-based company can be reached at 325-672-3400 or visit www.rentechboilers.com.