Thermocouples can be found providing process temperature measurements in applications ranging from power generation to food-and-beverage processing. Gain a better understanding of these industrial jacks-of-all-trades.

To better understand the reasons why thermocouples are so widely used, it is important to understand how a thermocouple works. A thermocouple is a sensor that measures temperature. It consists of two different types of metals joined together at one end. When the junction of the two metals is heated or cooled, a voltage is created that can be correlated back to the temperature — making the thermoelectric circuit a simple, robust and cost-effective temperature sensor.

Thermocouples are manufactured in styles such as probes, probes with connectors, transition-joint probes, infrared sensors and bare-wire thermocouples as well as thermocouple wire. Due to the number of models and technical specifications, it is important to understand the basic structure, functionality and ranges to better determine the right thermocouple type and material for an application.

Thermocouple accuracy and range depend on: 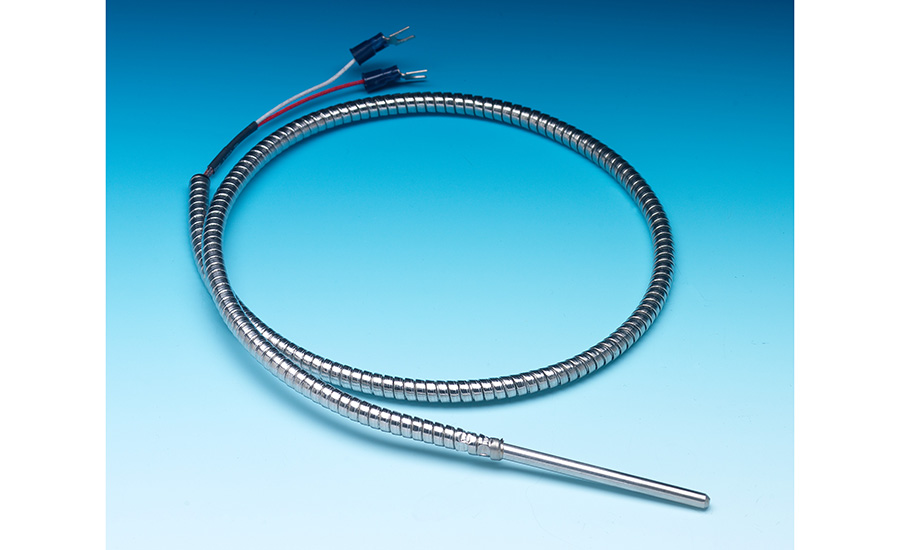 A thermocouple sensor consists of two metals joined at one end. When the junction is heated or cooled, a voltage is created that can be correlated back to the temperature. 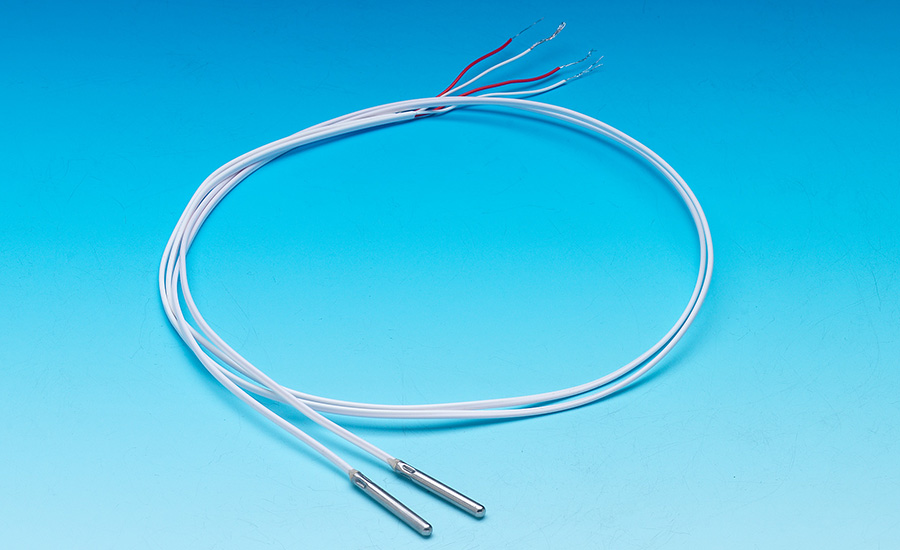 Each calibration has a different temperature range. The maximum temperature varies with the diameter of the wire used in the thermocouple.

It all comes down to how to best get the thermocouple junction to the same temperature as the process or material you are trying to measure in order for the measurement to be accurate and, therefore, worthwhile. So, equally important is the type of measuring junction: grounded, ungrounded or exposed (see sidebar).

Keep in mind that the thermocouple measures the temperature but is also part of a control loop. As a result, any heating or cooling can be applied to the process if the measurement rises or falls against the process setpoints that are used. While there are many types of control, the primary methods that will be described in this article are on-off control and PID control. 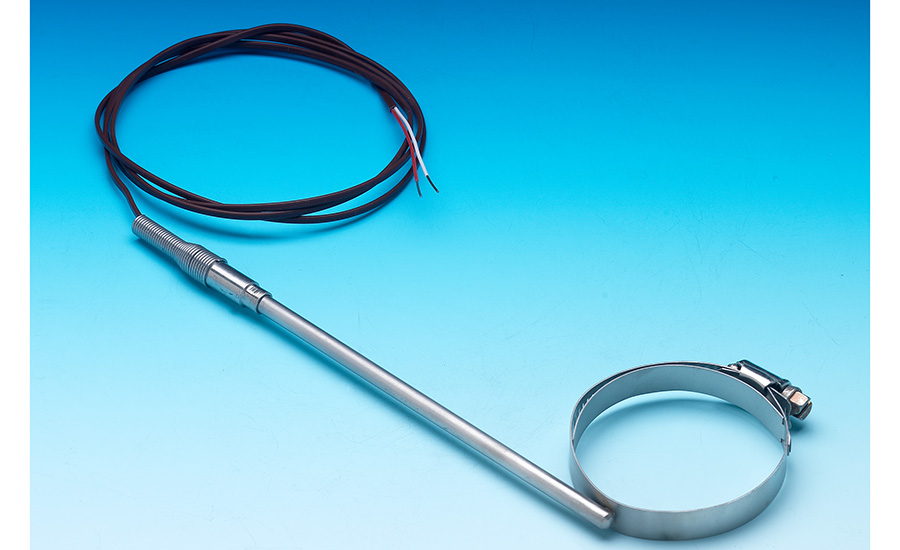 Due to the number of models and technical specifications, it is important to understand the basic structure, functionality and ranges to better determine the right thermocouple type and material for an application.

Also called hysteresis control, on-off control is the simplest type of control. As expected, on-off controllers switch abruptly between two states with no middle state. They are for use with equipment that accepts binary input. An example would be a furnace that is either completely on or completely off. 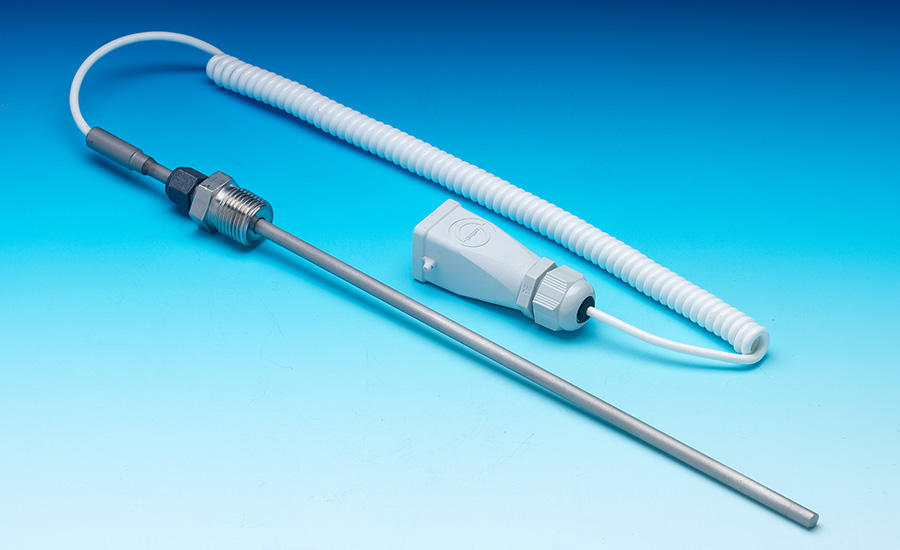 Simple on-off control often leads the final control element to overshoot the setpoint —especially when the original deviation was small. Repeatedly overshooting the setpoint causes the output to oscillate around the setpoint in either a constant, growing or decaying sinusoid. The system is unstable if the amplitude of the oscillations continuously increases with time.

PID controllers use the algorithm derived from their three control terms to maintain system stability by limiting overshoot and the resulting oscillation. The proportional variable controls the rate of correction so that it is proportional to the error. The integral and derivative variables are time based and help the controller automatically compensate for changes in the system. The derivative variable considers the rate at which the error is increasing or decreasing while the integral variable uses knowledge of accumulated errors to the length of time the process is not at the setpoint. This information is used to correct the proportional value.

PID controllers generally are considered the most efficient type of controller. They are widely used in industrial settings. Though each of the variables must be tuned to a particular system, PID controllers provide accurate and stable control.

In order to make PID controllers even more responsive to real-world situations, many manufacturers have incorporated fuzzy logic (or fuzzy control) into the instruments. Fuzzy logic is a mathematical system that attempts to emulate human reasoning. Rather than the binary logic of standard controllers, fuzzy logic introduces continuous variables that provide an effective means of capturing the approximate, inexact nature of the real world.

This ability enables controllers with fuzzy logic to make quick, subtle changes that significantly improve response to fast-changing variables independent of the programming done by the operator. For example, as heaters, valves and other final control elements age, they show signs of wear and no longer respond in the same way as they did when new. Fuzzy logic recognizes this and automatically compensates.

Now that you have a basic understanding of how thermocouples work and how they are used within a process loop, it is easy to see why they are used in so many applications.

Wayne Hayward is the director of marketing at Athena Controls. The Plymouth Meeting, Pa.-based company can be reached at 610-828-2490 or visit www.athenacontrols.com.