3 Strategies for Maximizing the Performance of Heat Transfer Fluids

Following these strategies can save millions of dollars in unexpected maintenance activities and lost production.

Heat transfer fluid systems are critical production assets that must be properly maintained to avoid unplanned downtime. Because these systems often run trouble-free for extended periods of time, however, they easily can be neglected until a failure suddenly occurs. Sustaining the reliability and performance of the system is largely dependent upon implementing a fluid-management program and protecting the fluid from the anticipated degradation pathways. Herein are three key strategies for managing thermal fluid systems to maximize fluid performance.

This is one of the most important considerations for ensuring long-term performance from a thermal fluid. There are hundreds of heat transfer fluids to choose from, but the fluid should be procured from a reputable heat transfer fluid supplier. Established thermal fluid suppliers determine true operating limits using a combination of real performance data and scientific thermal stress analyses. Thermal properties over the full operating range of the fluid should be provided to match system specifications.

Fluid purity also is important. Even low levels of impurities can have amplified effects on surface deposits and coking propensity. Darker-colored fluids may be associated with inferior performance vs. brighter or water-white fluids. Be aware that an underspecified budget oil may do more harm than good.

In addition to the above points, be aware of the associated health and handling hazards — along with the disposal protocol — for each candidate fluid. 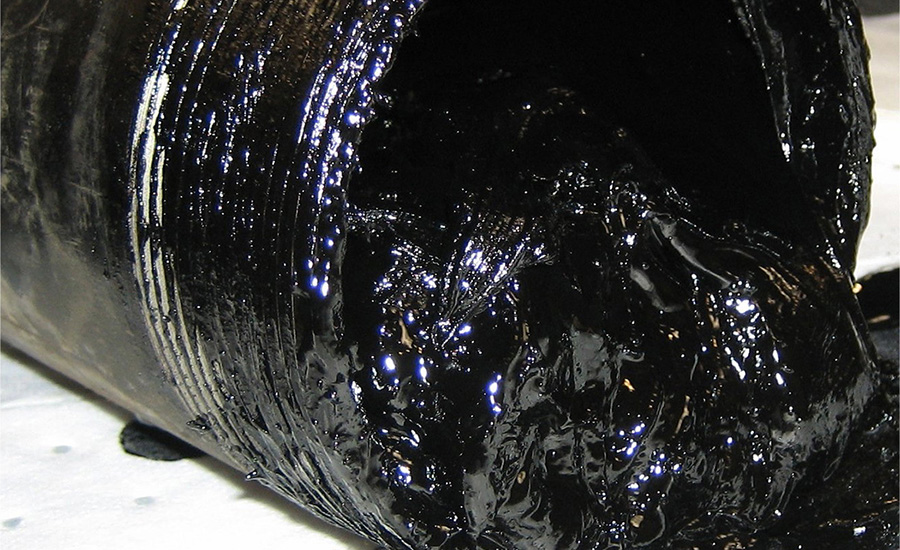 Severe fluid degradation can lead to sludge and tar deposits. In extreme cases, the fluid can reach such a high viscosity that it is no longer pumpable. Photos credit: Paratherm Heat Transfer Fluids

The three most common threats to sustained performance of the fluid are thermal degradation, oxidative degradation and contamination.

Thermal degradation occurs when fluid molecules absorb more thermal energy than they can effectively release. The excessive thermal stress causes “cracking,” or breaking the molecular bonds. This results in irreversible damage to the fluid and subsequent changes in physical properties.

As high boilers accumulate in the system, fluid viscosity may increase, which can affect pumpability and thermal efficiency. Eventually, solubility limits may be exceeded, and high boilers can precipitate out as sludge and tar, potentially fouling heat exchange surfaces or plugging lines. In severe cases, thermal degradation can lead to heavy coking and the potential failure of heater tubes. Thermal degradation rates can be minimized by:

In addition, a routine preventive maintenance program should be followed per OEM recommendations.

Oxidative degradation occurs when hot fluid reacts with atmospheric oxygen in vented expansion tanks and reservoirs. Fluid oxidation can have significant impacts on fluid quality and performance. Oxidation produces organic acids, which degrade into carbon soot and sludge over time if not corrected. As oxidation proceeds, the total acid number (TAN) of the fluid increases.

Oxidation can cause significant increases in fluid viscosity, precipitation of sludge and, ultimately, fouled surfaces and plugged lines. In most systems, oxidation can be eliminated by blanketing the expansion tank with an inert gas such as nitrogen. If blanketing is not an option, cold-seal pots or thermal-buffer tanks should be considered. Despite being easily remedied, oxidation accounts for greater than 90 percent of all premature fluid degradation cases.

Contamination typically is caused by process leaks or operational errors. (Common errors include adding the wrong fluid to the system, sharing process equipment or inadequate cleanout procedures.) The effects of contamination depend upon the contaminant. Water tends to manifest itself quickly, leading to pump cavitation, unexpected venting or mechanical knocking. In other cases, the contaminant may degrade rapidly, leading to increased acidity, creation of low/high boilers, carbon generation and fouling of surfaces. Contamination can have many side effects such as reduced heat transfer, equipment failure and reduced operational safety.

To manage threats that can lead to fluid degradation, routine system reviews are invaluable. Walk the system once per week and note any leaks, smoke, abnormal sounds, or unexpected pressure or temperature readings. Small issues can quickly transform into larger problems, so address any abnormalities with haste.

Proper startup and shutdown of the system are critical for long-term performance. On startup, the heater should remain in low fire until turbulent flow is established to prevent overheating. On shutdown, the main circulation pump(s) should remain running until the heater outlet temperature reaches 180°F (82°C) or less. 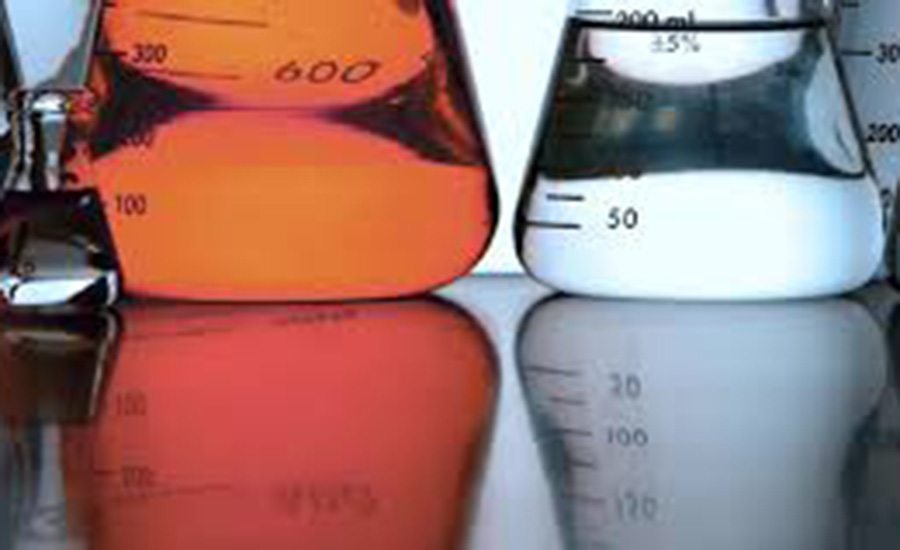 Condition monitoring of the thermal fluid is critical to sustained performance. Unseen changes in fluid quality can affect the ability of the system to meet production demands and can lead to unplanned downtime. Routine analysis alerts the end user of the fluid condition and can help detect equipment malfunctions before they become catastrophic.

So, when is it appropriate to analyze the fluid?

Newly commissioned systems should be analyzed within the first year of operation. This can help aid in detecting any significant equipment issues that may be occurring under the radar. Existing systems should be sampled within the first month of startup to establish a new baseline for fluid properties. After that, it is highly recommended to sample systems at least once per year as part of the maintenance program. Lastly, a sample should be taken any time an unexpected change in performance occurs. There are also critical tests for monitoring. They include:

Kinematic Viscosity. Typically measured by ASTM D445 at 104°F (40°C), viscosity is a measure of the fluid’s “thickness,” or internal resistance to flow. Viscosity increases usually correspond to fluid oxidation or contamination. Decreases in fluid viscosity typically are a result of thermal decomposition products. Changes in viscosity of more than 35 percent vs. the new fluid value indicate degradation.

Total Acid Number (TAN). Typically measured by ASTM D664, the total acid number determines the degree of oxidation the fluid has undergone and can also be related to contamination. Acid concentrations as low as 0.2 mg KOH/g can generate carbon in a system while concentrations approaching the condemnation limit — 1.0 mg KOH/g — warrant full replacement.

Simulated Distillation. Typically measured by ASTM D2887, this analysis uses gas chromatography to separate all components in the fluid sample by boiling point. An increase in low or high boilers relative to the new fluid baseline indicates irreparable damage to the fluid. Low boilers typically result from overheating of the fluid while high boilers can indicate overheating, oxidation or contamination. Action thresholds vary based on the fluid chemistry, but any change of more than 5 percent should be investigated.

Moisture. Typically measured by the Karl Fisher coulometric titration technique, this method rapidly determines the water content in organic fluids. The moisture content of new thermal fluids typically is less than 300 ppm. Water contamination can be devastating to performance, and removal can be a lengthy process. All measures should be taken to eliminate water-ingress points.

In conclusion, sustaining the performance of your thermal fluid is a combination of sound management principles. Choose an appropriate fluid for the operating requirements, minimize or eliminate the threats to fluid degradation, perform routine condition monitoring of the fluid, and preventive maintenance of the equipment. When done together, these strategies maximize the performance of the heat transfer system and significantly improve the reliability of a crucial production asset. Following these strategies can avoid significant costs due to unexpected maintenance activities and lost production.

Edward Cass, MLT I, is a technology manager at Paratherm Heat Transfer Fluids. The King of Prussia, Pa.-based company can be reached at 610-400-8507 or visit paratherm.com.