Using vapor corrosion inhibitors as a part of an approach to boiler equipment layup can help prevent corrosion and thereby extend equipment life.

It was time for a scheduled boiler shutdown at a U.K. power plant. The once- or twice-a-year maintenance operation had proven to be a precarious time for the power plant. For the past several years, the plant encountered the same problem each time the boilers were brought back online after layup: rust. The rust grew on the internal tubes and drums of the idled boilers as well as on the fireside of the boiler. When the boilers were started up, iron would spew from the exhaust stacks.

While the rust was certainly a threat to boiler longevity and integrity, the most obvious consequences were the damages to power production and public relations. The rust cloud exiting the boiler stacks polluted the environment and caused problems for local businesses. The power plant sometimes had to shut down the boilers until the wind changed direction to avoid fouling local businesses. As a result, power generation was interrupted, and the plant lost revenue. After more than a decade of this, the power plant was ready for a solution.

Fortunately, many industrial facilities are not likely to experience boiler layup problems like the U.K. power plant. Corrosion is a threat to many facilities’ reliability of operations, however. Corrosion in boilers, as well as in steam and condensate lines, eventually leads to leakage, repairs, unplanned downtime and overall shorter service lives for the assets involved. To avoid such outcomes, proactive steps to prevent corrosion in idled equipment are required. 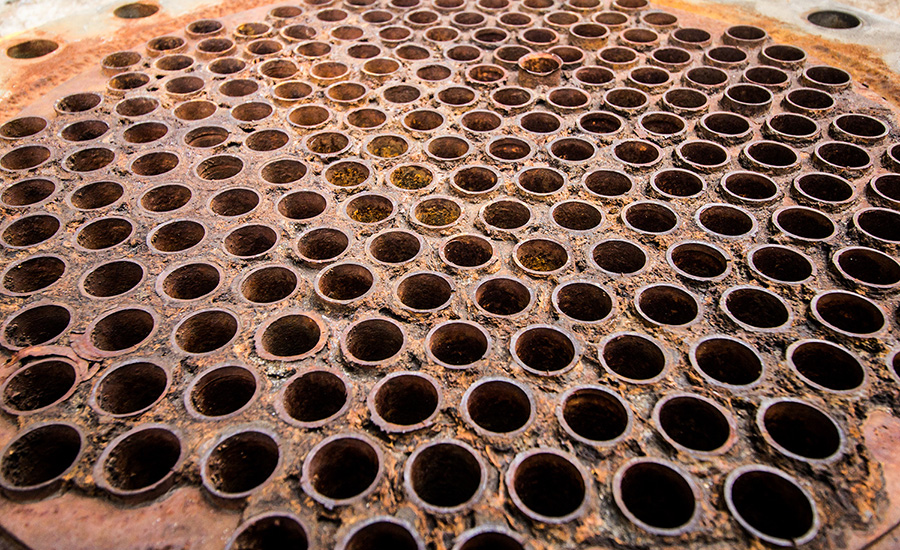 The use of vapor corrosion inhibitors for wet or dry layup can reduce corrosion on boiler internals. Photo credit: KrerkkiatStocker / iStock / Getty Images Plus via Getty Images

Vapor corrosion inhibitors protect boilers during layup via vapor-phase action. Often based on salts of amine carboxylates, VCIs typically are applied in powder or liquid form. They have a strong tendency to vaporize from their source material. They continue to vaporize and diffuse until they fill an enclosure, whether that be the boiler drum, water tubes or steam system.

When they have reached a state of equilibrium, their attraction to metal takes over, and they adhere to the surfaces of the metal, creating an invisible molecular layer that inhibits the formation of a corrosion cell. This mechanism helps vapor corrosion inhibitors reach into intricate or difficult-to-reach surfaces inside boilers and other compartments. The vapor corrosion inhibitors can travel wherever air can reach and can, therefore, protect the same surfaces that are exposed to corrosive elements.

In most cases, because they are compatible with common boiler water treatment programs, vapor corrosion inhibitors do not have to be removed before the boiler is refilled. 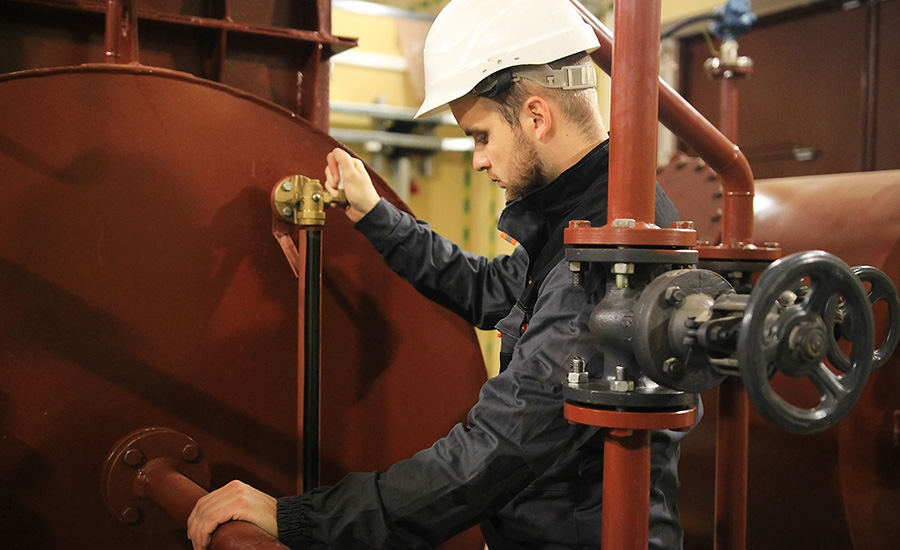 Time lost to refill and bring critical boilers back online for steam production can be avoided by keeping them on low fire for standby with proper corrosion protection. Photo credit: Dzmitrock87 / iStock / Getty Images Plus via Getty Images


Vapor corrosion inhibitors for boiler layup typically come in two forms: a powder packaged in water-soluble pouches or a waterborne fogging fluid. The water-soluble pouches can be placed in the waterside of the boiler and opened to release the corrosion-inhibiting vapors. Any boiler openings should be closed to keep the vapors from escaping, but an airtight seal is not required. At the end of the layup period, because there is a risk for corrosion when refilling the boiler with cold, untreated makeup water that has high dissolved oxygen content, the vapor corrosion inhibitors can be supplemented with oxygen scavengers and metal passivators.

For larger boilers, a bulk VCI fluid can be fogged inside the boiler using spray equipment. While the vapor corrosion inhibitor molecules will diffuse for a significant distance on their own due to vapor pressure, workers can improve their distribution in large spaces by placing a fan at one end of the system to create a draft. As with the powder application, any boiler openings should be closed after VCI fogging. Beyond that, little monitoring is required until the laid-up boilers are returned to use via the normal startup routine. 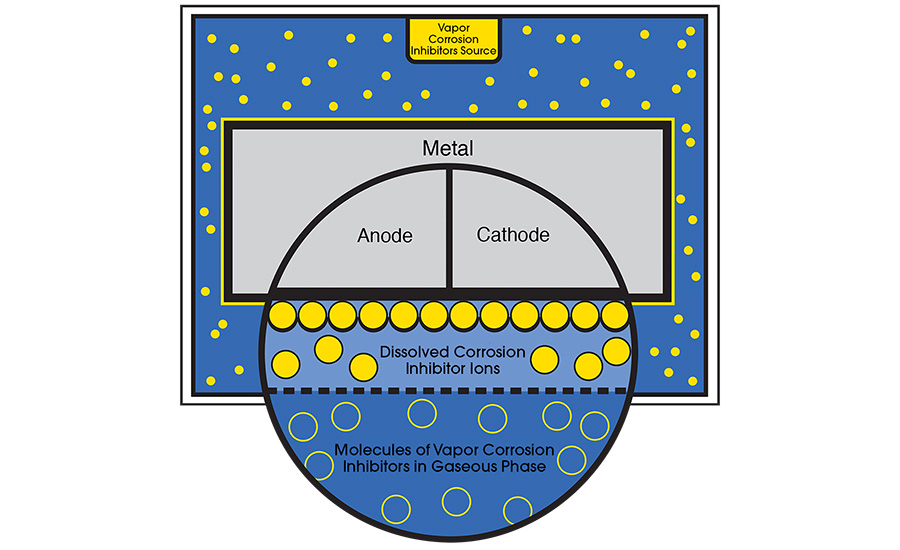 While dry boiler layup is recommended for long-term layups (greater than 30 days), wet layup or wet-dry layup sometimes is preferred. For example, the need for a fast startup may require a wet layup. Vapor corrosion inhibitors and complementary technologies can play a role.

Wet layup is particularly needed for boilers on standby. Essential industries like power generation often require backup systems to keep the steam production continuous. If the main boiler has a scheduled or unexpected outage, the time required to fix and refill the boiler equals time and money lost for steam production — hence the importance of boiler redundancy. Depending on how critical that steam is, some institutions may keep a standby boiler on low fire to save the time normally required to heat large volumes of water to produce steam. Standard procedures for wet layup of boilers on low fire can be easily neglected. This may lead to equipment problems and steam interruptions in the long run.

Typically, for wet layup boilers, a high pH is maintained, and sulfites or other oxygen scavengers are added. This approach requires frequent monitoring as well as regular testing and chemical introductions.

Individuals maintaining high purity steam boilers or those that use deionized or reversed osmosis water need to be particularly careful about the corrosion inhibitors they choose. When considering wet layup for these systems, an approach that combines vapor corrosion inhibitors and contact inhibitors can provide protection without affecting steam purity. 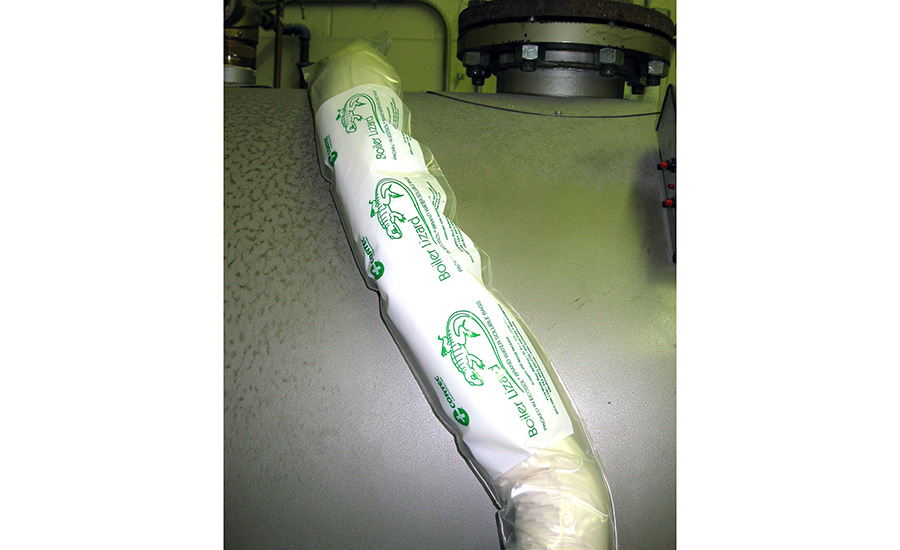 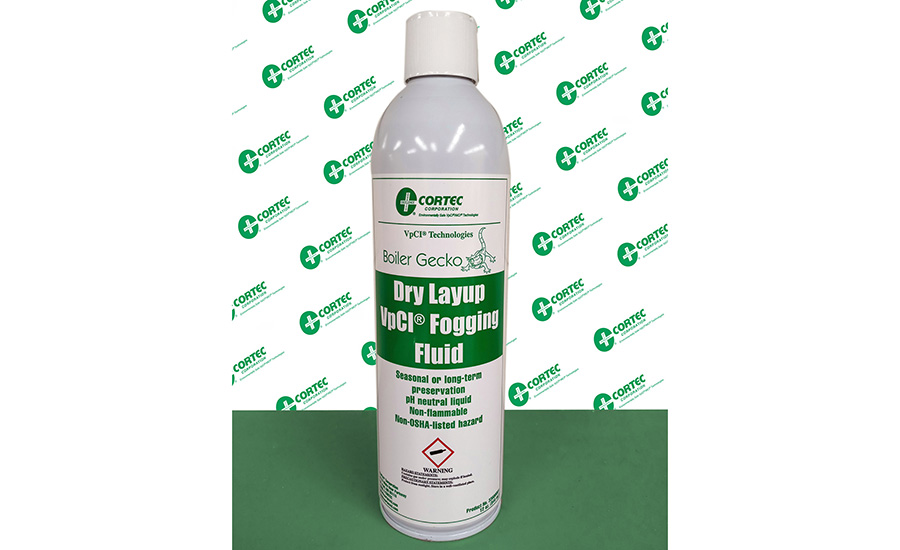 
A Lesson from the Power Plant

So, what happened to the U.K. power plant? Did they have success with any of these treatments?

The power station consulted with a local corrosion solutions provider, which recommended the use of a vapor corrosion inhibitor fogging fluid. The consultant fogged the corrosion inhibitor throughout the fireside of the seven-level boilers. Three weeks later, the boilers were restarted with no rust emissions for the first time in 14 years.

Based on that success, the solution was adopted for regular use during maintenance outages, and it was duplicated at other power stations in the region. Vapor corrosion inhibitors allowed the power station to carry on without further delays.

Scott Bryan is a technical sales manager for water treatment at Cortec Corp. The St. Paul, Minn.-based company can be reached at 651-429-1100 or visit cortecvci.com.

Julie Holmquist is marketing content writer at Cortec Corp. For more information about corrosion inhibitors for boilers and other systems, call 800-426-7832 or visit www.cortecwatertreatment.com.