When the topic of boiler operation is discussed, feedwater is an often-overlooked area — despite being a vital, integral part of any steam system. Instead, boiler efficiency, fuel savings and general boiler maintenance tend to dominate the conversation. While these topics certainly are relevant, acknowledging this fact in no way minimizes the importance of maintaining proper feedwater treatment practices. Most boiler shutdowns can be traced to poor feedwater treatment.


How Does Water Become Contaminated?

Water is everywhere: it covers nearly three-quarters of the planet. Water also is an extremely unique substance with regard to its solubility. Almost everything on Earth is soluble in water to some degree; as a result, water regularly absorbs and carries elements of anything with which it comes into contact. 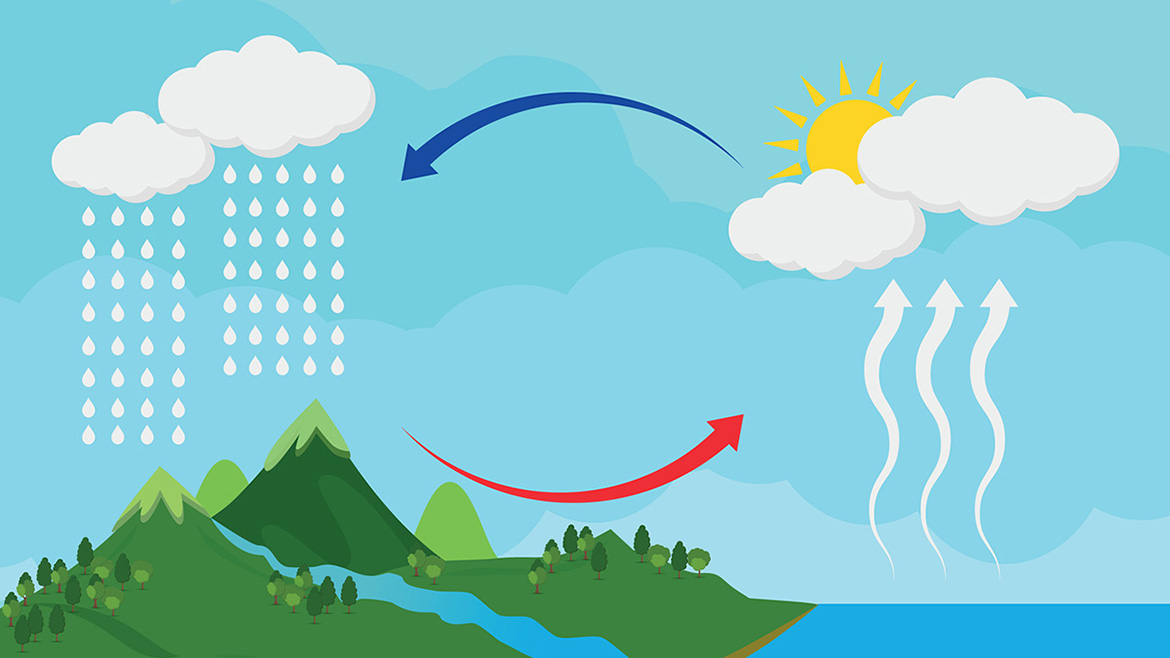 Water that begins in lakes, oceans or other large bodies eventually evaporates and returns to the clouds as a vapor, where it is stored. As time passes, that water once again falls to Earth in some form of precipitation and is carried by streams, rivers and other means back its starting point, where the cycle repeats itself in an endless loop. Photo credit: Jiraporn Meereewee/iStock/Getty Images Plus via Getty Images


No doubt at some point, you have learned about the water cycle. Briefly, water that begins in lakes, oceans or other large bodies eventually evaporates and returns to the clouds as a vapor, where it is stored. As time passes, that water once again falls to the Earth in some form of precipitation. It is carried by streams, rivers and other means back to its starting point, where the cycle repeats itself in an endless loop.

What is not often noted, however, is that at every stage of this cycle, water is exposed to contaminants, making chemically “pure” water an extreme rarity in nature. As water reaches its vapor state, it may encounter trace elements of dust or dissolved gases, carrying them into the clouds as it rises. When this water descends through the atmosphere, it encounters gases such as oxygen, nitrogen or carbon dioxide. When water finally reaches the ground, it is once again exposed to a range of substances as it makes its way back to its original location.

The conditions of the environment through which the water passes play a large part in the kinds of contaminants that a water source will carry. For example, rainfall in a rural area will likely be exposed to fewer gases or other emissions than that which occurs close to a major population center. Additionally, water that passes through an underground river will carry high amounts of trace elements gathered from minerals. By contrast, water that passes above ground is more likely to be exposed to organic matter or industrial pollution.

In short, the water that is being delivered to your plant is not simply a mixture of oxygen and hydrogen. Instead, it is a complex combination that contains traces of all the substances it encountered on its journey. Its composition will vary drastically from one location to the next. 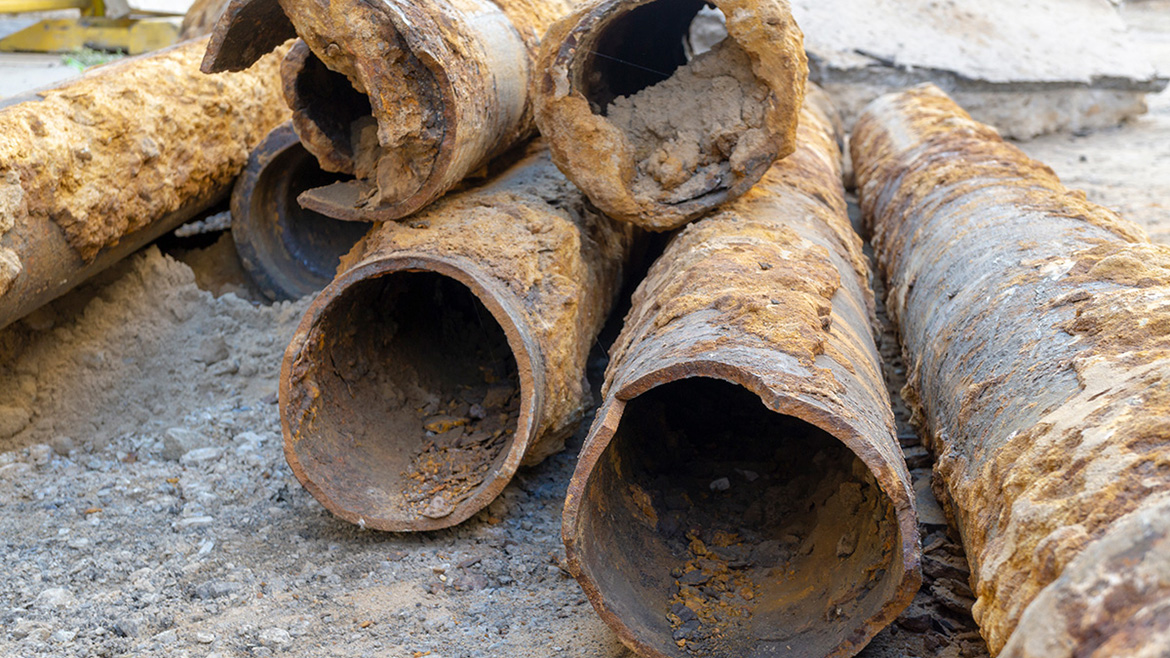 Failure to address dissolved solids in your water supply can result in a problematic buildup of minerals. Photo credit: gabort71/iStock/Getty Images Plus via Getty Images

These impurities, unsurprisingly, can pose a serious threat to the internal components of a steam system. But what, exactly, is the result if left untreated? For an answer, consider some of the more common results of improper feedwater practices, and their underlying causes.

Scale. One of the most common and most problematic ailments a boiler system can face is scaling. Scaling is a direct result of excess water hardness and a failure to correct it. Hardness itself refers to the amount of dissolved minerals — calcium, magnesium, iron and other naturally occurring elements — present within your feedwater. These impurities as well as other trace minerals typically are referred to as total dissolved solids, or TDS for short.

Hardness normally is introduced to a water source as it moves through soil and rock, dissolving traces of naturally occurring minerals and absorbing them. As a result, water sourced from underground reservoirs or from areas with an abundance of natural rock typically contains higher levels of hardness.

You have no doubt experienced the minor effects of water hardness in daily life. It can be found in the sensation of a film after washing your hands, or in the white residual spots left on your dishes after they have been cleaned. Both are the result of excess dissolved minerals in your water supply.

High TDS levels can be especially problematic in an industrial boiler system. As water makes its conversion to steam, these excess minerals are left behind (like the residue on your dinner plates). They form a buildup that sticks to the internal components of the boiler system, especially on the heat exchangers and inside the pipes. This buildup, referred to as scale, acts as a natural insulator that slows heat transfer. The result is a significant drop in efficiency: The boiler will require more and more fuel to produce the same amount of steam, causing operation costs to climb. Scale inside of pipes can eventually build to the point of a complete blockage, shutting down the operation.

Oxygen Pitting. Oxygen occurs naturally in water: The chemical bond between two parts hydrogen and one part oxygen, at a molecular level, forms water molecules. Given this foundation, the presence of oxygen within water comes as no surprise. What is of concern, however, is the level of dissolved oxygen present in a water supply. (Dissolved oxygen refers to any additional oxygen that is not bonded with hydrogen atoms.) Regulation of dissolved oxygen is of immense importance when it comes to boiler system longevity.

Dissolved oxygen typically becomes entwined with water in one of three ways:

Excess oxygen is highly corrosive in the presence of metal, especially at high temperatures. Left untreated, this corrosion can be catastrophic. Inside your boiler, excess oxygen can create localized damage where the oxygen “eats away” at internal components. The resulting damage can cause many ailments, depending on its location and the design of the boiler. Efficiency can be affected, or your water can become contaminated by the decaying metal. In some extreme cases, damage caused by excess oxygen even can result in a rupture. 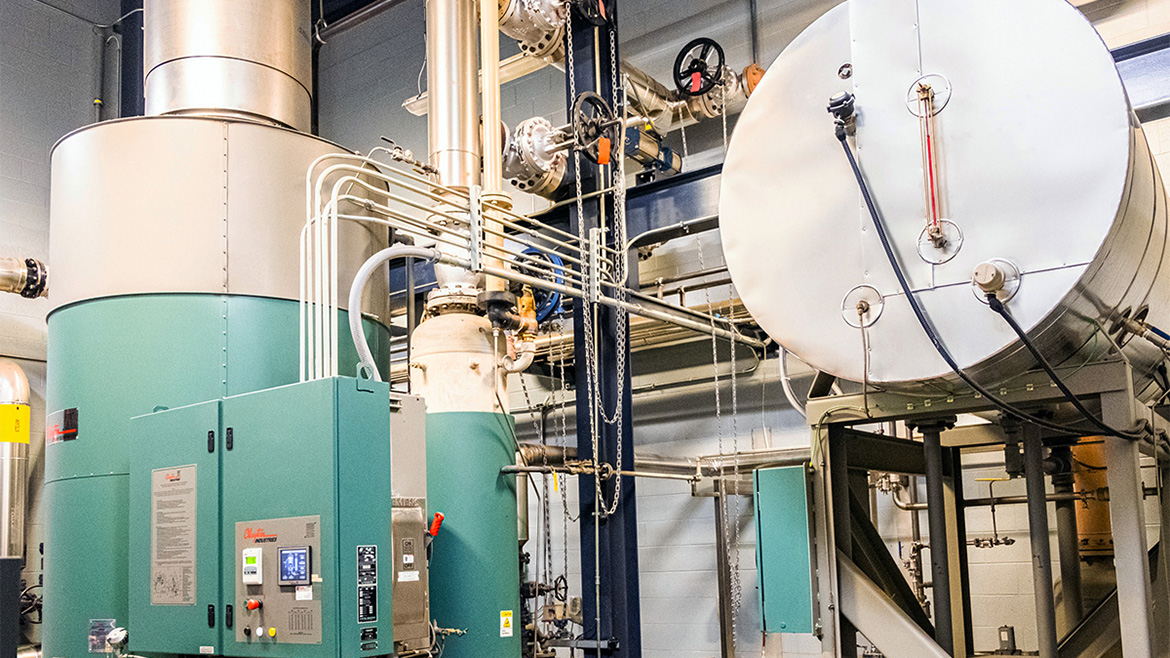 If your potential new boiler can tolerate relatively high TDS levels, then it will require less feedwater treatment over its operating lifespan. This means less chemical, water and fuel usage. Image provided by Clayton Industries


Carbonic Corrosion. Carbonic corrosion occurs in a boiler system due to a buildup of excess carbon dioxide. Carbon dioxide enters a water supply in a similar fashion to oxygen (through contact with turbulent surface water), and it remains in a dissolved state. Carbon dioxide is a major concern in condensate return lines.

Unlike dissolved solids, dissolved carbon dioxide can be carried by steam in its gaseous form. As the steam travels through the system, some of it will inevitably revert to water. Ideally, this condensate is captured and returned to the system, because condensate is, in essence, treated water.

Because this treated water is so pure, however, it takes very little carbon dioxide to turn it into a corrosive agent known as carbonic acid. This results in literal acid being carried through the condensate lines, contaminating the returns and introducing new impurities.

Blockages. As the name implies, this refers to anything physically blocking the flow of water in the steam system. While scale certainly applies, another cause of blockages is suspended solids that have entered the system. Whether this results from suspended solids making their way in from the outside world or a damaged internal component breaking free, blockages in the system can bring steam production to a halt. 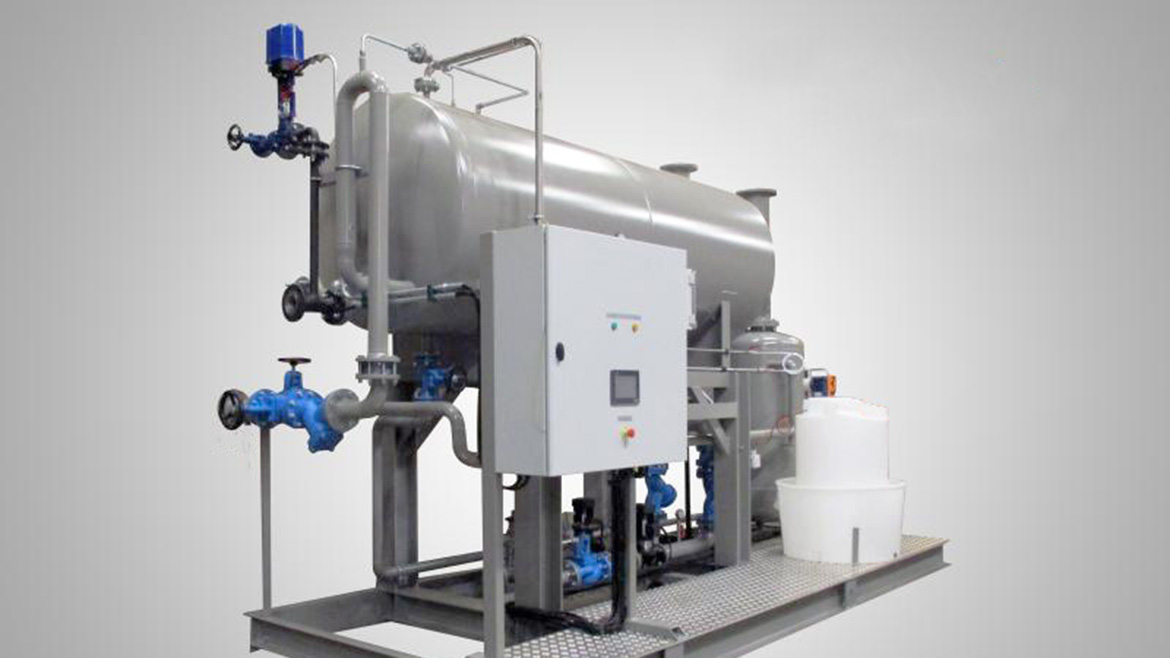 Removing all impurities from the boiler water is, unfortunately, an impossibility. Enough can be removed, however, to prevent damage and ensure a long life from your steam system. Image provided by Clayton Industries

The good news is that these issues can be easily prevented with good feedwater treatment. Removing all of the impurities from the boiler water is, unfortunately, an impossibility. Enough can be removed, however, to prevent damage and ensure a long life from your steam system.

The concept of feedwater treatment is simple. It entails introducing various chemical cleaning agents to your feedwater at several stages to purify your water and remove as many undesirables — dissolved solids, oxygen or carbon dioxide, for example — as possible. The extent of this can vary greatly depending on your geographic location, industry and other individual needs. Typically, however, it involves treatment as the makeup water enters your system, with additional treatment taking place in your feedwater tank, where makeup and condensate returns are mixed and preheated.

Because the total removal of contaminants is not possible, your boiler will operate on tolerances. This refers to an acceptable number of impurities, expressed in TDS, that your boiler can operate under without sacrificing efficiency or causing lasting damage to the internal systems.

While there is certainly a great deal more information available, you now should understand the importance of regular water treatment and how it directly affects a steam heating system. Pairing this information with some questions to ask potential suppliers when specifying a system will help you on your way to an efficient and long-lasting boiler system.

James Adgey manages thermal sales for Clayton Industries. The City of Industry, Calif.-based company can be reached at 800-423-4585 or visit www.claytonindustries.com.