Understanding the Different Types of Steam Used in Processes

Not all steam is the same, and many terms are used to describe steam in various applications and industries. Understanding the properties and characteristics of various steam types can help you avoid confusion —and can prevent misuse in an application.

The following article will identify steam terminology and applications to improve your knowledge of steam and how to use it properly.

Utility steam is sometimes called live steam or plant steam. It is steam produced from the boiler operation using softened water, reverse osmosis or any other water that has been otherwise treated specifically for the boiler.

Utility steam makes up the majority of the steam consumed by industrial process applications (figure 1). Utility steam is a dry, invisible fluid that contains both sensible and latent energy.

The sensible and latent energy components of steam vary depending on steam pressure and temperature. The only chemical transported with the steam is a corrosion inhibitor (amine), which is injected into the steam line. Otherwise, utility steam is a clean, invisible vapor that embodies a tremendous amount of energy.

Steam can exist in two forms: saturated or superheated. Most applications only utilize saturated steam. 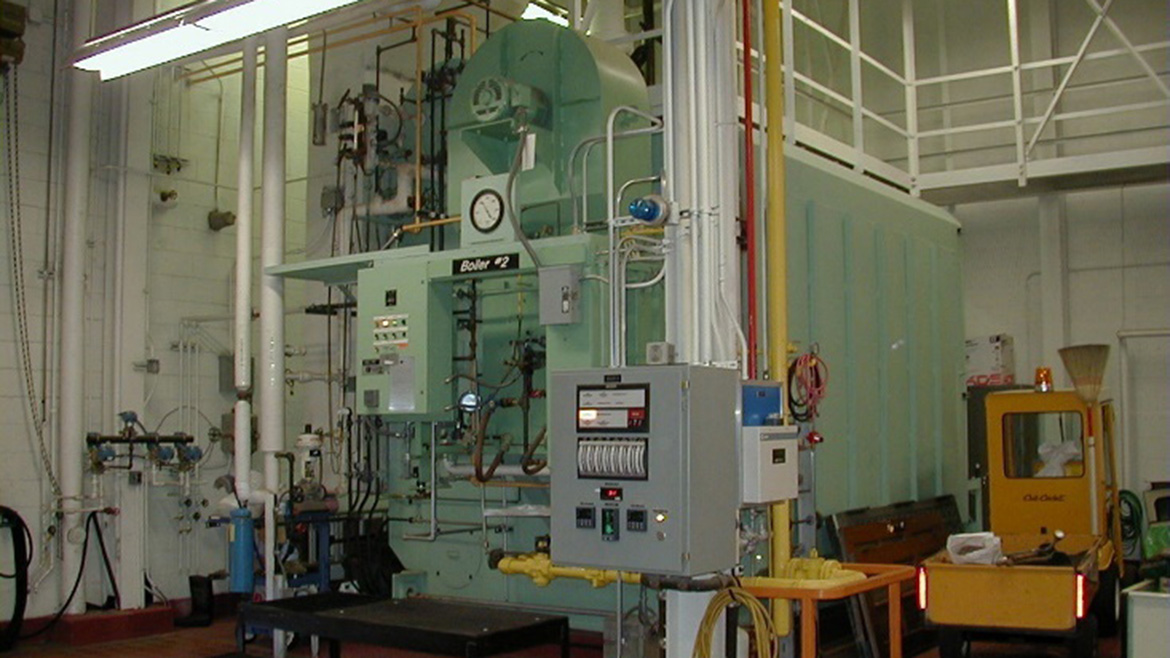 FIGURE 1. Sometimes called live steam or plant steam, utility steam is steam produced from the boiler operation using softened water, reverse osmosis or any other water otherwise treated specifically for the boiler. A standard utility boiler is shown. Image provided by Cleaver-Brooks (Click on the image to enlarge.)

Saturated steam, sometimes known as dry steam, results from water being heated to its boiling point. Then, more heat is added until the steam vaporizes (latent heat of vaporization). Saturated steam occurs when both the liquid and the gas phases are present at a given temperature and pressure.

Saturated heat has properties that give saturated steam advantages over superheated steam. These include:

In particular, this high heat transfer coefficient is why heat exchangers primarily use saturated steam instead of superheated steam.

Superheated steam is used in many ways due to its ability to cool and still retain the same state without producing condensate. These properties make superheated steam ideal for power devices such as turbines (figure 2). 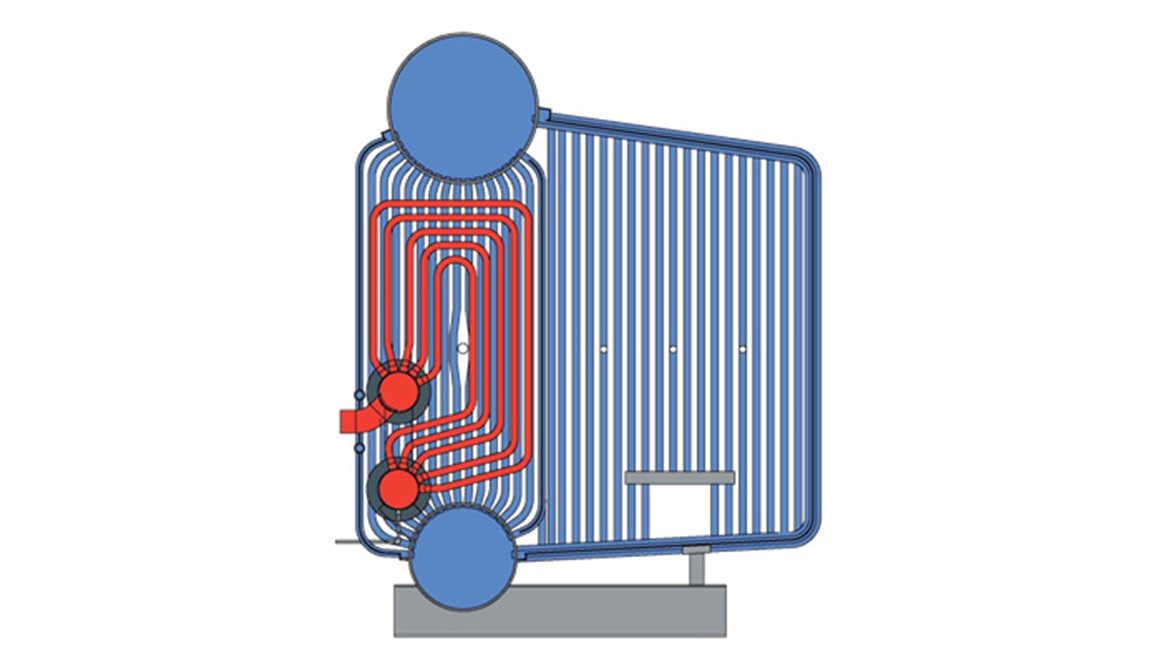 
In a steam turbine, superheated steam flows through nozzles and spins the internal components, which power a shaft that can be used to generate electricity or power process equipment. Note that the turbine process lowers the pressure of the steam and reduces its temperature slightly. The advantage of using superheated steam in this application is that the steam remains ultra-dry throughout the steam turbine without forming condensate, which can cause equipment to fail prematurely.

Among the disadvantages of superheated steam are:

Also, the vast amount of latent energy cannot be released until the steam achieves saturated conditions, making it cumbersome to use in most applications. 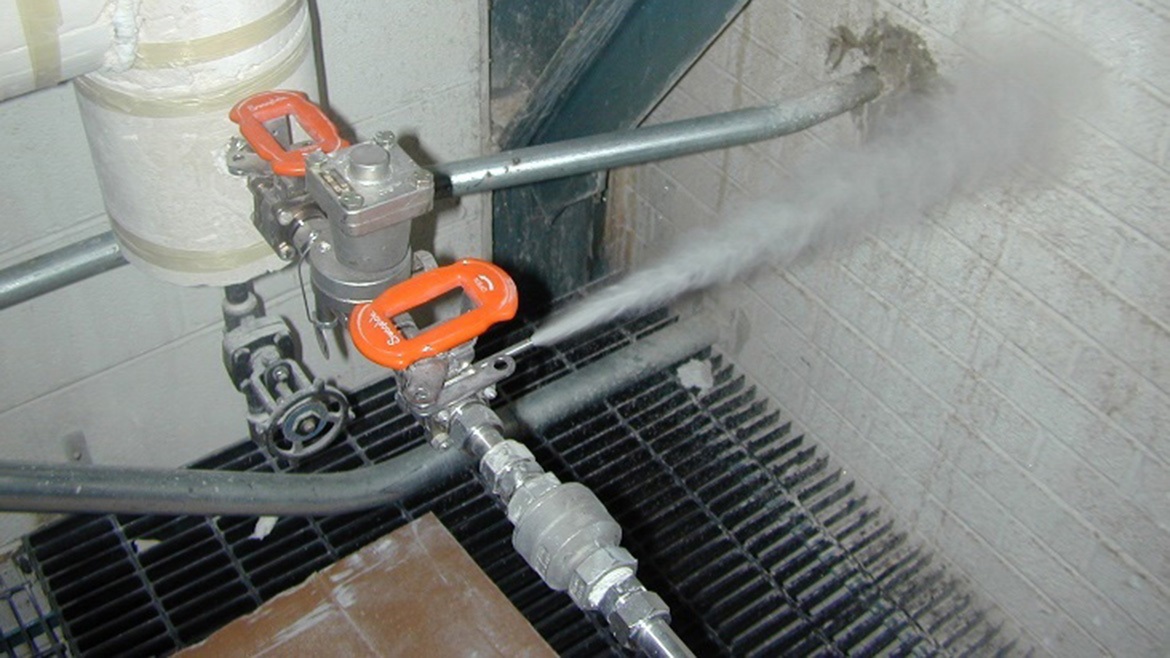 FIGURE 3. Flash steam and condensate are shown discharging from a steam trap test station. Image provided by Cleaver-Brooks (Click on the image to enlarge.)


Flash steam does not differ from utility steam in its energy or quality. The name — flash steam — simply describes how the steam is formed. The energy produced from flash steam can and should be reused in different processes.

Culinary steam is steam directly injected into food-related products to clean or sterilize contact surfaces. The steam must follow 3-A Sanitary Standards Inc. (SSI) Accepted Practice 3A-609-03, corporate policies and the regulations or rules of any other governing organization.

Culinary steam typically contains additives that prevent corrosion within the system. The steam is filtered to ensure that no corrosion or other contaminants enter the process. After any necessary filtration is installed, all steam components and piping or tubing must be stainless steel (figure 4). 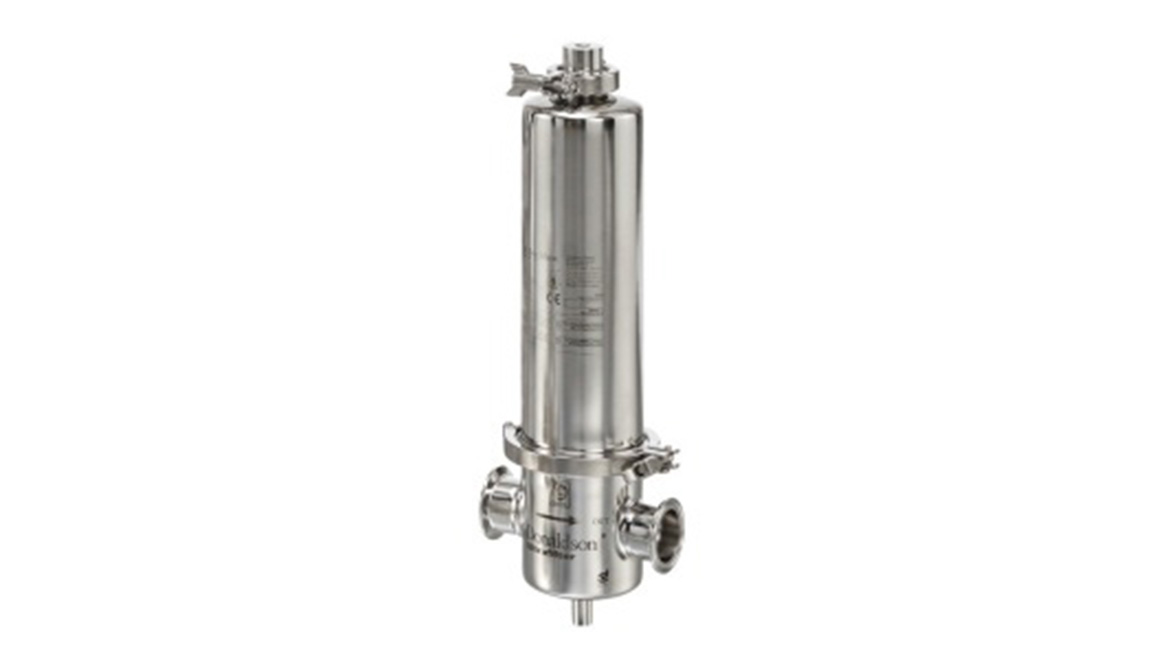 FIGURE 4. Culinary steam is filtered to ensure that no corrosion or other contaminants enter the process. Photo credit: Culinary steam filter manufactured by Donaldson Filtration Solutions (Click on the image to enlarge.)


Any chemical additives injected into the steam line for corrosion inhibitors must meet all applicable requirements of the Food and Drug Administration and U.S. Department of Agriculture. The benefit of culinary steam over pure steam or clean steam is that it is more economical to produce and operate the process.

Note that culinary steam requires annual or biannual maintenance on the filtration system.

Filtered steam is used for applications such as sterilization, where any contamination can negatively affect the final product or process. Utility steam must be delivered through a strainer and then filtered to remove impurities such as rust, corrosive materials and condensate that can accumulate in the steam piping and become entrained in the steam flow (figure 5).

The steam filter must be capable of removing particle sizes as dictated by the company standards or governing rules or regulations. For example, hospital sterilizers must comply with the ANSI/AAMI–ST 8: 2013 standard.

After the steam is filtered, all downstream steam components and piping/tubing should be stainless steel. 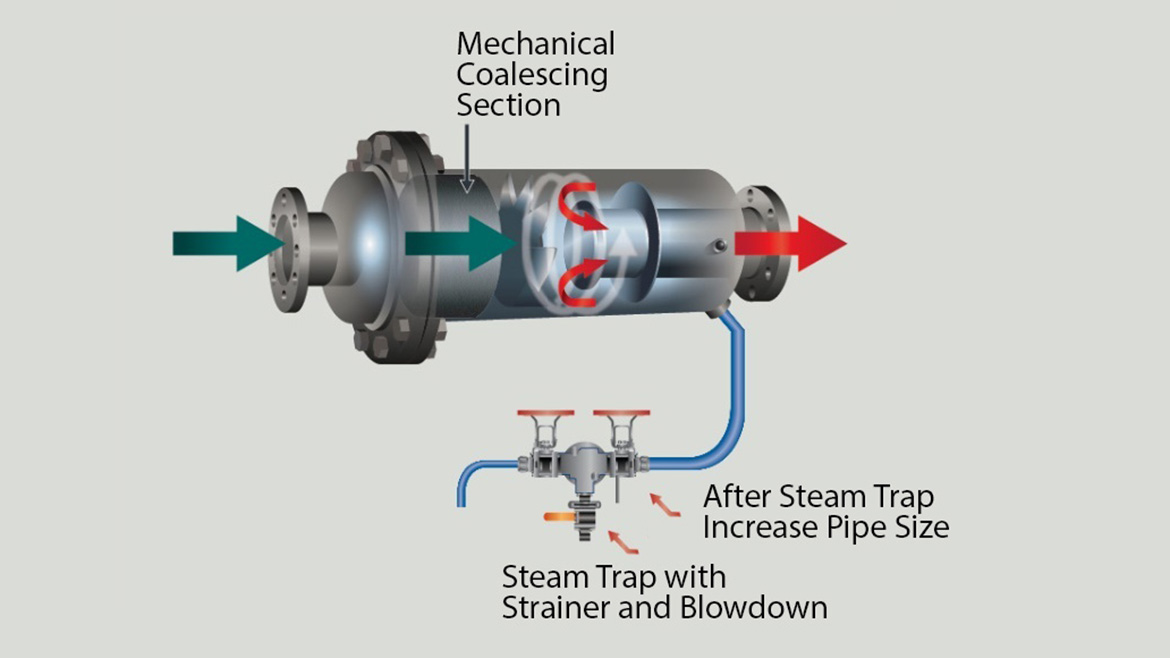 FIGURE 5. Filtered steam is used for applications such as sterilization, where any contamination can negatively affect the final product or process. Mechanical coalescing filtration is shown. Image provided by Cleaver-Brooks (Click on the image to enlarge.)

In the world of steam systems, the expressions “pure steam” and “clean steam” are used frequently, but these two expressions are not necessarily interchangeable.

Good manufacturing practices (GMPs) often refer to clean steam without any further explanation. The steam’s quality is defined by its use, and its quality is regulated in standards and pharmacopoeias. The United States Pharmacopoeia (USP) was the first organization to publish requirements for pure steam in 2006.

The most common steam specification requires the condensate to satisfy WFI requirements for conductivity, total organic carbon (TOC) and endotoxin; it is referred to as “pure” steam. (The microbial limit normally is excluded since viable microorganisms cannot survive in steam systems.)

GMPs determine when to use clean versus pure steam. These general rules apply to pharmaceutical manufacturing and are detailed in the Code of Federal Regulations (CFR Title 21, Part 211). They do not provide any specific recommendations regarding steam, but they do present general requirements for facility systems, equipment and operation needed to prevent contamination of pharmaceutical products during manufacturing.


Applications of Pure and Clean Steam

Clean steam and pure steam are used in the pharmaceutical and healthcare industries in processes where the steam or its condensate may come into contact with a pharmaceutical or medical product and cause contamination. Note the following key points:

Steam use is and will continue to be an essential part of modern process facilities. By understanding the characteristics and applications of various steam types, you can minimize related operating issues, avoid unnecessary maintenance costs and maximize productivity.

Sean Lobdell is vice president of sales, packaged boilers, for Cleaver-Brooks. The Thomasville, Ga.-based company can be reached at 800-250-5883 or visit cleaverbrooks.com.