Depending on your boiler or heating system, a 1 percent reduction in fuel used to heat water could mean saving tens of thousands of dollars over a year of operation. That fuel savings also would curtail hundreds of tons of carbon dioxide emissions from burning fossil fuels.

Preserving the longevity of critical industrial boiler equipment while striving to reduce the total cost of ownership continues to be a major driving force of technological advancements within the industrial water treatment market. Not only are boiler assets costly, but they can be vital for plant output. Downtime and inefficiencies can equate to losses in production and revenue.

Corrosion also can be detrimental to equipment efficiency and longevity. Corrosion in any form can damage system components and can ultimately lead to premature failures.

The resurgence of film-forming amine (FFA) for industrial water treatment can be credited to three changes:

For many years, traditional water treatment programs have been implementing a multistep treatment approach that includes phosphates, polymers, sulfites and inorganic chemistries. These protect against dissolved-oxygen pitting, generalized corrosion, scale and deposits. Until very recently in the United States market, not much had changed on this front. By contrast, the overseas markets have conducted extensive research and development efforts, and advancements in film-forming amine technology have had great success.

Film-forming amine (FFA) technology first made its introduction in the 1960s with octadecylamine (ODA). This first implementation of filming amines in water treatment was primarily used in instances where pH neutralization was not enough to prevent condensate system corrosion. Oftentimes, excessive air infiltration due to system design and mechanics would lower pH to an unsatisfactory level. An example would be condensate systems with air-induced condensate return pumps; neutralizing amines would either be cost-prohibitive or deemed ineffective to counteract the added corrosivity of the introduced dissolved gases.

In particular, ODA often is remembered for the “gunk balls” and plugging issues that occurred if high levels of iron oxide were present, or if the product was overfed. Since then, there has been a resurgence in water treatment applications of film-forming amines. Advancements to this classification of compounds have helped to overcome the problems of the past.

Film-forming amines are long-chain fatty compounds that lay a microscopic film on surfaces and create a hydrophobic — or water-repelling — barrier. The hydrophobic layer covers the metallic surfaces in the treated system and provides a barrier between the system metallurgy and the water in the system — and all of its problem-causing impurities such as mineral salts, oxygen, carbon dioxide and carbonic acid.

Like neutralizing amines, filming amines also are volatile in boiler systems. This allows for filming amine to distribute with the steam and to be transferred through the condensate return lines to protect the whole system.

Traditional boiler water treatment programs often use three or four treatment products for full-system protection. With an FFA-based treatment, this can be reduced to one product. This can help decrease the amount of required chemical handling and feed equipment, which may promote safety and reduces maintenance (figure 1). 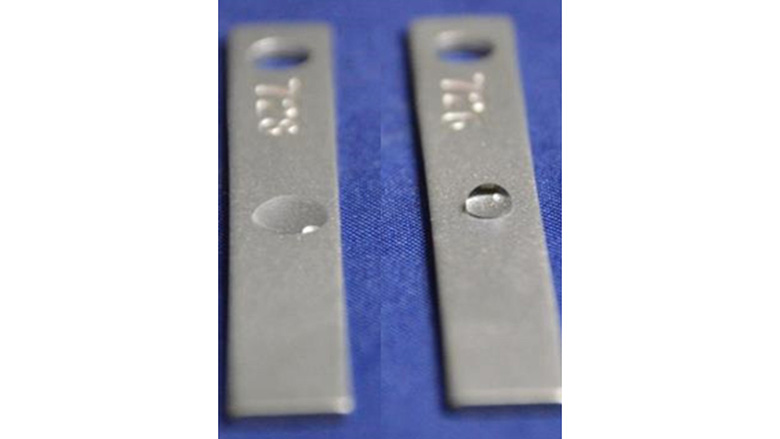 Once the protective barrier is formed, it remains intact even after the film-forming amine feed has stopped. If the dosage falls below the required level or is interrupted for a short period, then no immediate corrosion occurs, making it resilient to system upsets. In addition to corrosion protection, filming amines keep heat transfer surfaces free from scale and deposits, which optimizes heat transfer rates and potentially reduces fuel usage. 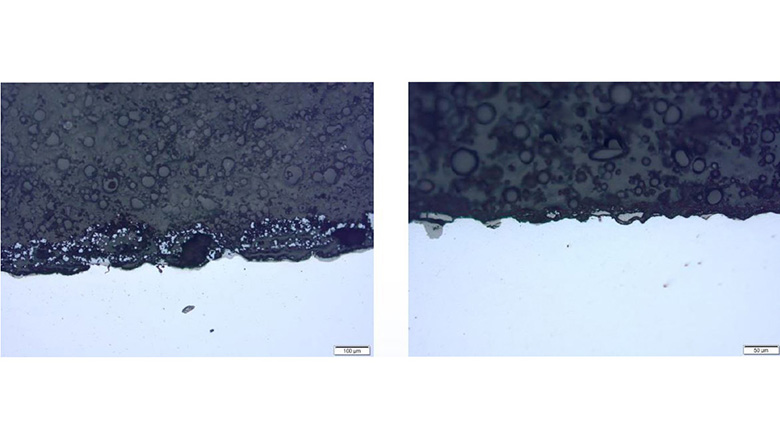 If iron oxide is present, there often is an expected and desired cleaning effect when transitioning from a conventional treatment program to an FFA. Film-forming amines work to stabilize metal surfaces, penetrating and removing loose corrosion byproducts. Laboratory studies that use photoelectron spectroscopy and ellipsometry show an improved boiler water nucleation with increased steam bubble frequency. This reportedly enhances heat transfer efficiency and reduces fuel consumption (figures 2 and 3). 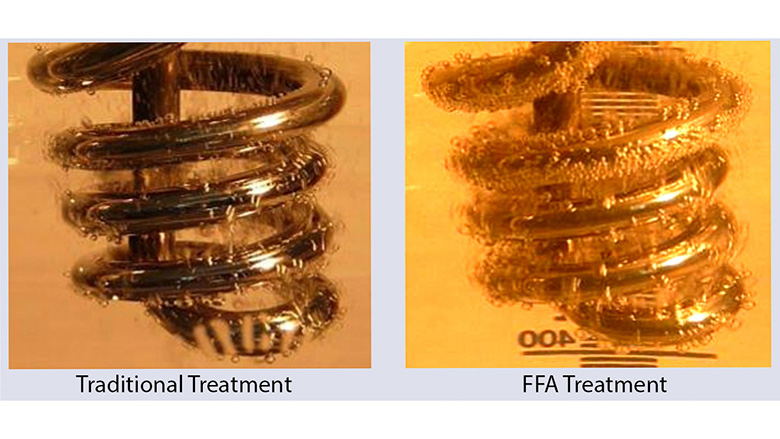 FIGURE 3. This coil comparison demonstrates the difference in results between the FFA treatment and a traditional phosphate treatment. Image provided by Kurita America

Hundreds of real-world applications have shown that the boiler cycles of concentration can be increased when applying FFA-based boiler treatment. This reduces the amount of boiler water blowdown necessary to control boiler water concentration, which can lead to additional savings in fuel, water and treatment product usage. Certain film-forming amine formulations contribute less conductivity because it is not necessary to maintain high levels of traditional water treatment chemistries. Increasing the cycles of concentration also improves environmental stewardship by reducing carbon dioxide emissions and water discharge.

Boiler operation can vary depending on plant demand, and layup duration can sometimes be unknown. An anticipated short-term layup can quickly become a long-term layup as was seen during the COVID-19 pandemic. Systems treated with film-forming amines do not need additional treatments before a layup or shutdown event. An established FFA layer on metal surfaces inhibits corrosion and pitting activity during offline operation in both wet and dry layups. This leads to a reduction of corrosion product transport upon startup and minimizes the potential for underdeposit corrosion. Additionally, film-forming amines reduce or may even eliminate the need for nitrogen capping or dehumidified air circulation, reducing the labor requirements of operating staff (figure 4). 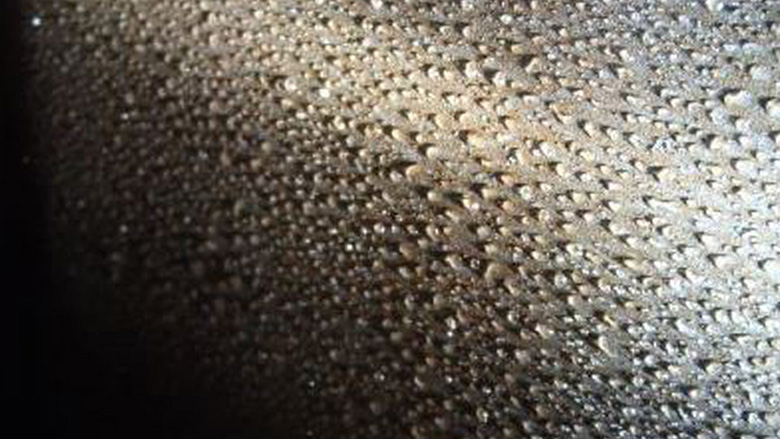 FIGURE 4. Systems treated with FFAs do not need additional treatments before a layup or shutdown event. Image provided by Kurita America

In recent years, new construction has seen a rise in the installation of aluminum boilers and heat exchangers in heating systems. Aluminum has a much higher heat transfer ability than the steel-fabricated systems of previous designs; therefore, it is more efficient. Aluminum, however, tends to corrode over a pH of 8.5, and typical steel water treatment products will not protect these assets because they buffer water above a desirable range.

Film-forming amine water treatment products can be used to meet the shift in design and metal selection. FFA molecules have an affinity for all metallurgy types, making film-forming amines suitable for systems containing aluminum as well as mixed-metallurgy systems where traditional treatments may not protect every surface.

One notable industry example combining the benefits of aluminum and mixed metallurgy protection with extended layup is injection molding process water loops. In these systems, highly specific metal molds are used unpredictably. Preserving their surface integrity while in and out of use is of utmost importance.

In conclusion, the resurgence of film-forming amine technology within the United States industrial water treatment industry brings with it many interesting advancements for the future of industrial boiler water treatment. These advancements have been researched and thoroughly studied in both laboratory-scale applications and full-scale pilot systems at partner sites.

Film-forming amines provide benefits such as increased asset preservation during both operation and layup while reducing fuel operating costs; reduced water use; and reduced chemical treatment demand. The resurgence of film-forming amines comes from the revision of the technology, the new acceptance in the United States and the expansion of water treatment applications.

Shawn McGrade is a technical representative with Kurita America, Minneapolis. The company can be reached at 866-663-7633 or visit kuritaamerica.com.