The Data Knows Best: Thermal Solutions and the Industrial Internet of Things

Long-standing issues with an aging workforce mean operators are losing domain knowledge and expertise, and they face growing skills gaps. In some sectors, as much as 50 percent of the workforce is retiring in the next five years. Competitive pressure and drives for efficiency mean operators must do more with less. Additionally, fewer resources and a changing workforce mean the move to remote operations is growing. The last two years of the pandemic-strained environment and associated supply chain struggles have only added to the pressures.

At the same time, industrial operators must look to a future with its proliferation of sensors, automation, software, predictive analytics and decision models built upon machine learning and artificial intelligence. This future promises opportunities to cut costs, improve reliability and drive performance and profit, and it will be the only way to realize ambitious government and company targets to achieve net-zero emissions.

Processors must meet their day-to-day demands while looking to the long term: Managing an analog world in the face of a digital future. For many, it is difficult to know where to start. A good place is their problems.


The Big Costs of a Small Vision

A customer survey[1] shows the most common problems facing thermal operations are:

The majority of these cases result from thermal processes operating in the dark: They simply have no visibility of the operation. Further responses confirm this: When asked what percentage of their assets are connected, more than half (55 percent) of the respondents gave an answer of between zero and 25 percent. 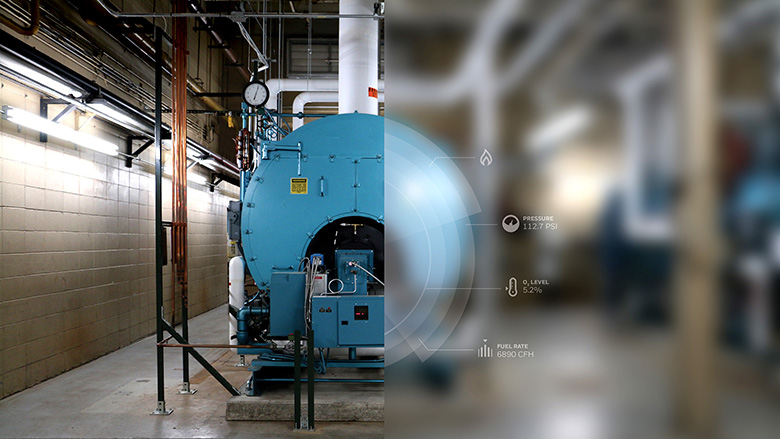 
Breaking it down further, operators are identifying three broad problems:

These problems have real-world costs, and they go beyond direct losses of the response, recovery, labor and fines or penalties. The process owners and operators may underestimate the true impact of downtime, including lost productivity, damaged customer relations, lower trust and supply-chain disruptions.

In some cases, the costs are all too plain, though. In a recent case, a furnace meltdown was caused by a failed temperature sensor: The thermocouple wire shorted out, which left a gauge reading the ambient temperature even as the furnace heated a molten aluminum bath. The molten aluminum ended up flooding the plant. As a consequence, the furnace — and a third of the plant capacity — were lost for three months, resulting in a $3.5 million impact from lost production and supply-chain disruption.

Even a modest IIoT solution would have been simple and cheap: A sensor and transmitter could have powered a push notification to an operator or engineer’s phone when the recorded temperatures diverged from the expected curve. A minimal investment could have prevented exceptional damage. 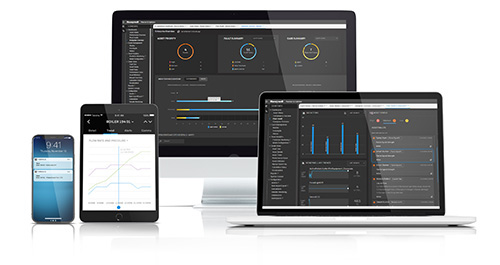 Simplifying sensor data enables industrial users to think bigger as the range of connected devices grows. An increasing range of devices is being digitized to allow operators to extract and use the data. Photo credit: Honeywell Thermal Solutions (Click on the image to enlarge.)

Of course, it is not quite that simple. Operators need sensors and solutions for other potential failures that could lead to significant incidents. But, the increase in sensors in industrial operations is inevitable.

Deployment of sensors is growing rapidly across other sectors. Sixty years ago, an average car had two sensors: low oil pressure and the charging system. Today, they have up to 100, and the number is still increasing. A typical cell phone has more than a dozen. Industrial and thermal processes will not be immune.

Sensors are the nervous system of a business. As prices fall, functionality grows and adoption increases, they are rapidly proliferating in the Industrial Internet of Things (IIoT). That is overwhelmingly good news for operators of thermal processes, but it is not without challenges:

Fortunately, neither challenge is insurmountable.

First, conversion between protocols is cheap and straightforward, even between digital and analog inputs. It usually requires just a card or data translator; it should be no barrier to using the data. Second, software can be used to simplify sensor data and aggregate, analyze and detect anomalies and trends. This allows data that would otherwise be trapped at the equipment level or collected uselessly to be converted into actionable insights:

In turn, this information can lead to benefits, including:

Simplifying sensor data enables industrial users to think bigger as the range of connected devices grows. An increasing range of devices is being digitized to allow operators to extract and use the data. Improvements in connectivity enable them to reach new parts of the process and data previously trapped within it. 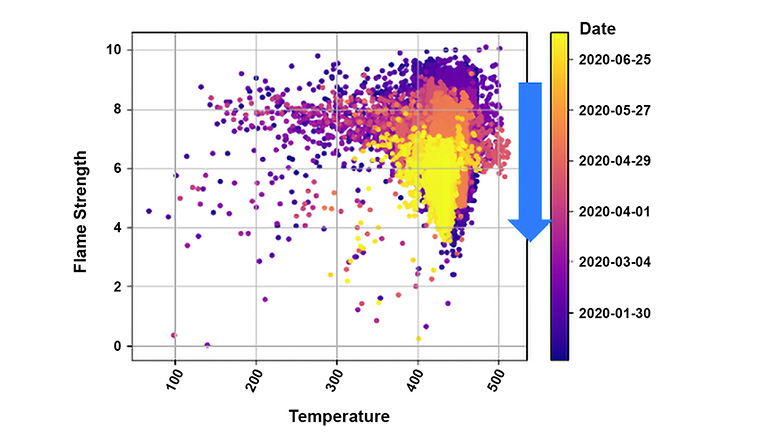 FIGURE 1. This graph shows a time-series plot of flame strength and temperature, where the darker dots are older data. Photo credit: Honeywell Thermal Solutions (Click on the image to enlarge.)


For instance, a time-series plot can be used to track flame strength and temperature (figure 1). In this image, the darker dots are older data. The data quickly reveals a degradation in the flame strength over time, dropping from close to 10 to below five at the same temperature. An alert providing a notification for four, for example, could prompt investigations if continuously triggered.


A Use Case: Driving Visibility and Solutions

Another example, while a bit more complicated, shows how smart assets can provide process insights. In this case, figure 2 shows the plant steam pressure read, and figure 3 shows the boiler firing rate from a plant, both using a thermal process remote-monitoring software platform. 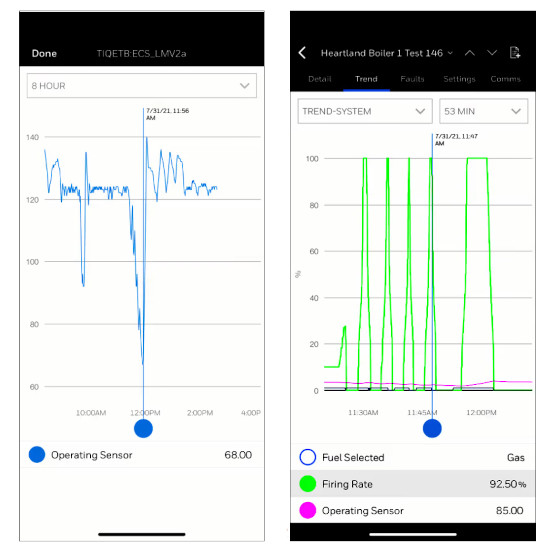 
Nearly immediately after enabling the thermal process remote-monitoring software platform modem and the two site boiler-control assets, the system integrator was able to identify a failure of a boiler 1 feedwater pump using a mobile app for the proprietary process knowledge system. A low pressure alarm (left) push notification and a fast-increasing cycle count were observed on boiler 2, which was trying to carry the plant’s steam load alone. The mobile app alerted the system integrator that boiler 1 had locked out on a second low water cut-out. The remaining pump could not provide enough feedwater to boiler 1 during peak periods of steam demand. This created significant boiler cycling caused by the first low water cut-out turning off the burner at higher firing rates.

The thermal process remote-monitoring software platform was used to remotely help plant maintenance confirm the failure of the boiler 1 feedwater pump. The plant staff switched in the backup “swing” pump so boiler 1 could be brought back online. This information also provided the plant with valuable information regarding single boiler and feedwater supply capacity limitations.

That same day in the late afternoon, boiler 1 started to periodically cycle. The mobile app showed a momentary opening of the low water cut-out in the operating limit string.

The system integrator once again helped maintenance staff confirm that the boiler’s water level was okay, which pointed to a problem with the operation of the on/off feedwater system. With further investigation, it was found that the automatic skimming system had been turned off. The facility had a release of product that clogged the drains. The site turned off the blowdown, and without blowdown, the total dissolved solids level in the boiler quickly increased. When this occurred, a continuous wave was created on the water’s surface, momentarily tripping the low water cut-out and causing the boiler to cycle.

In conclusion, such insights will be critical to achieving the energy efficiency demanded worldwide as governments look to reduce CO2 and NOX, the main drivers of global warming.

It is not simply that such energy efficiency will be almost impossible to achieve without the sort of data and analysis described. The fact is, data is central to making a case for changing controls, investing in new equipment or revising maintenance approaches. As with any other potential projects to boost performance, reliability, safety or efficiency, there can be no discussion without it.

The data knows a better way.

Read Part 2 of the Series:

Chad Briggsis vice president and general manager at Honeywell Thermal Solutions. The Houston-based company can be reached at 832-252-3500 or visit process.honeywell.com.