Can Large-Scale Process Heating Be Electrified?

Scaling up electric heating technologies for industrial use is not without benefits — or challenges.

If electric heating technology can be scaled up to meet the needs of large-scale process heating, it will have significant effects on reducing the world’s carbon dioxide (CO2) emissions; however, many challenges remain.

For small-scale heating processes, electric heating has proven to be a clean, efficient alternative to gas. The benefits include precise temperature control, thermal efficiency (as much as 90 percent) and a substantial reduction in CO2 emissions. To date, however, electric heating technology has not been scaled-up to meet the needs of large-scale processes. Several development projects are seeking a breakthrough.

One of these projects aims to use fossil-free hydrogen as a key factor in a process for iron and steel production. One of the biggest challenges in this use is being able to preheat large amounts of hydrogen using electricity.

“Essentially, the sheer scale of electrical heating power that we need to generate has never been done before,” says Aaron Roy, the business unit manager for heating systems at Kanthal, which is contributing its electrical heating technology to the project. “To put it into perspective, our electrical heaters are generally on the kilowatt scale, and for this project, we are developing a 100-plus megawatt solution.” 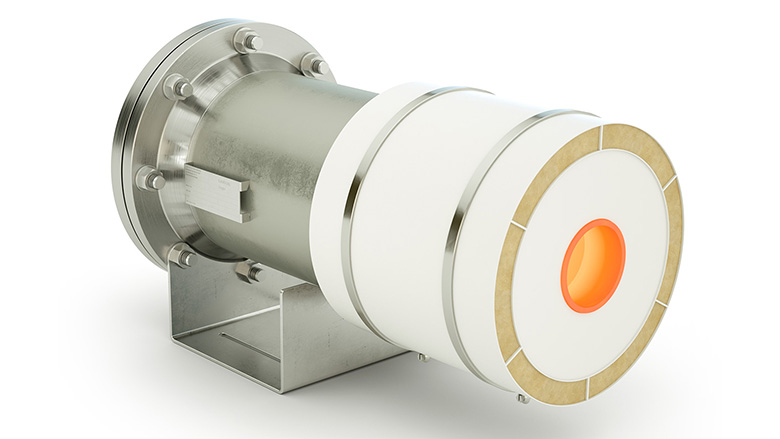 Electric process gas heaters have been around for some time although in a smaller scale. This model has air/gas heat output of up to 2012°F. Image provided by Kanthal


To date, Kanthal has developed a 250-kW electrical heater as a first step. If successful, it will be scaled up to 1 MW. The goal is to develop a large-scale heating solution that can heat high volumes of hydrogen to at least 1832°F (1000°C). The eventual aim is to commission an industrial-scale demonstration plant by 2026, capable of producing 1.3 million tons of iron per year.

“The solution we’re developing is more or less the same as our traditional heaters,” says Jesper Ejenstam, a senior research and development engineer at the heating element manufacturer. “It’s mainly the size that needs to be scaled up. The challenge then is to ensure that, as the technology scales up, it continues to function as it should. The heaters will interact with the process much more than before, so we need to understand the process dynamics and the impact of having such a large amount of power in a small, confined area.”

Another technology is Nycast, a Swedish company that has developed an electric solution capable of heating large amounts of process gas at high pressure up to temperatures of 2012°F (1100°C). The prototype was developed in 2013 at Swerim, a metal research institute in northern Sweden. Its operations over the years have shown that the heating technology can heat different gases to high temperatures at an efficiency of nearly 100 percent. A new version is under commission for heating blast furnace gas to a walking beam furnace.

The technology is based on an existing heating element, where gas enters the top of the heater and can be heated up to 2012°F within 100 milliseconds. It can be adapted to suit different production flows and gas compositions as well as a range of incoming gas temperatures, Nycast says. Design studies have been made for 25 MW pressurized vessels, which can be coupled in parallel, allowing for electrically heated process gas on a multi-megawatt scale.

The original prototype remains installed at Swerim, where it continues to meet its specifications. Its inventor, Thomas Olsson, has since patented the technology and, together with fellow inventor Ralph Nyström, is developing it further for other applications. 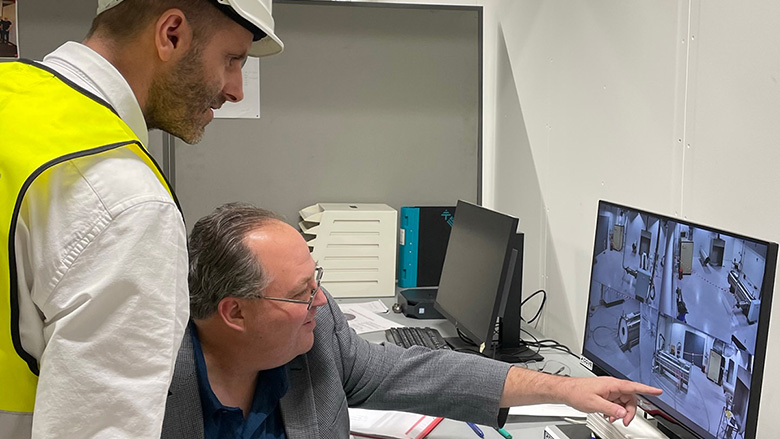 The challenge of transitioning away from fossil fuels in heating processes is one faced by multiple industries, including the production of petrochemicals, steel and cement. The proliferation of electric cars also is creating a similar challenge in the lithium-ion battery industry. Collaboration and bilateral development will help meet those challenges, Kantal’s Ejenstam says.

“Our heating technology…needs to be adapted according to size, temperatures, flow rates, pressure, gas types and so on, and that is best done on a case-by-case basis. [Yet,] there are multiple large industries out there that one way or another need to transition to a more sustainable way of doing business. So, there is a vast landscape of opportunities in front of us,” he says.