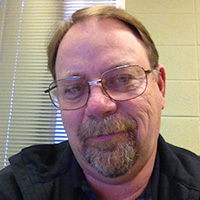 Jim Barron is the Refrigerating Engineers & Technicians Associations Executive Director and oversees the day to day operations for the nonprofit association.

Jim has over 30 years of industrial refrigeration and mechanical hands-on experience. Jim began working with RETA in 2001 as a volunteer on the RETA Certification Committee and in 2002 became the certification Chairman of the committee. At Chairman he began working towards RETA’s ANSI accrediting which they received in 2008.