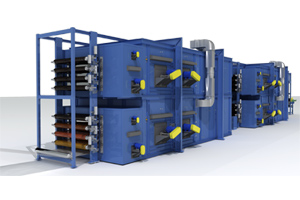 Now run by members of the third generation, Litzler was started in 1953 by Cy Litzler with an order to design a tire cord dipping machine for Firestone Tires. Today, the company manufactures custom industrial ovens, machinery and control systems for industries such as composites, converting, textile and plastics.