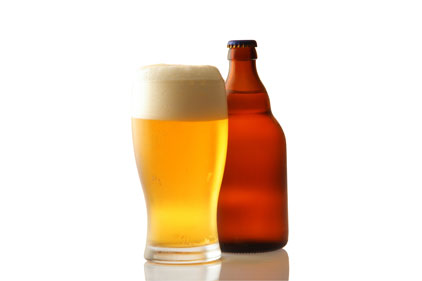 Breweries need power to produce their products, and power plants need consistent, high quality water to operate effectively. Because source water varies based on location, water chemistry and time of year, a power station for a major brewer in North America turned to Dow Water & Process Solutions and Consolidated Water Solutions to deliver a means to a flavorful, robust and satisfying end.

After seven years operating effectively with a two-pass reverse osmosis (RO) system, Consolidated and Dow worked with the power company to evaluate system alternatives for a next-generation configuration. To help further reduce the energy required to treat boiler feed makeup water and meet the brewery’s electrical energy and process steam requirements, the plant reconfigured and upgraded its water treatment system with Dow Filmtec ECO reverse osmosis elements. Since the new technology was integrated, the water treatment system has reduced its energy demand by 10 to 20 percent and improved peak flow performance.

Due to the variable and seasonally tempered nature of the power station’s source water — a combination of mountain and snow run-off — the plant requires a treatment technology that functions effectively across various temperatures and pressures. Since incorporating the Dow elements into the system, the plant has been able to reduce energy and operational costs because the pressure vessel is able to function optimally at 50 to 60 psi — lower pressure than previously met.

The winter months add additional concern because the source water reaches colder temperatures (45°F [7°C]), requiring the system to operate at a higher pressure that utilizes more energy. The Dow elements are able to handle high feed water rates, and they deliver peak water flow times in winter with reduced pipe pressure and reduced fouling in the RO system, according to Dow, while requiring less cleaning to restore productivity. The cost of cleaning, downtime and lost system performance can be significant, so reduced fouling is key to reducing costs while providing reliable power to the brewery for operations.

High-quality feedwater is essential to operate power plant boiler and cooling systems. The treatment of boiler feedwater is critical because problems — lower efficiency, overheating, damage —can result from the use of untreated water in extreme temperature and pressure environments. Because 95 percent of water used in plant operations can be reused, it is vital that both the feedwater and recycled steams are treated effectively to prevent scale and corrosion in the steam water circuit.