Dieffenbacher, Eppingen, Germany, has developed fully automated line technology that allows components to be manufactured from long fiber-reinforced thermoplastics via direct compounding. The technology, known as LFT-D, also allows additional reinforcement provided by unidirectional fiber tape. Dieffenbacher will be presenting this equipment as well as its fully automated production line for the production of carbon fiber-reinforced plastic components using the high pressure resin transfer molding process at NPE 2015: The International Plastics Showcase, which is planned for March 23-27 at the convention center in Orlando.

Hurst Boiler, Coolidge, Ga., received a patent for a new internal counterflow device that improves boiler efficiency. It is available as an optional design feature on any packaged Hurst Scotch Marine and Euro Series boilers. Performing the same function as a traditional external economizer typically used with conventional steam generation systems, Hurst’s patented device captures the lost or waste heat from the hot flue and stack gases of the boiler. 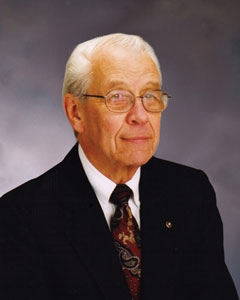 Thomas Lugar, chairman of Thomas L. Green, a part of Reading Bakery Systems (RBS), will be honored by the Cookie & Cracker Bakers Association (CASBA) for his long service to the industry. Lugar will receive the honor at the group’s 46th annual meeting, to be held February 15-17 at St. Augustine, Fla.
Lugar’s brother, Richard Lugar, the former U.S. senator from Indiana, will provide the keynote address for the meeting’s opening dinner, sharing his insight into the changing political climate in Washington as well as his global perspective on world affairs.

Buffalo-based Mokon, a manufacturer of circulating liquid temperature control systems, launched a new website at www.mokon.com. Created with the user experience in mind, the site has been designed so it is compatible with current browsers and mobile devices. A newly introduced Product Wizard provides a detailed overview of each system’s capabilities. 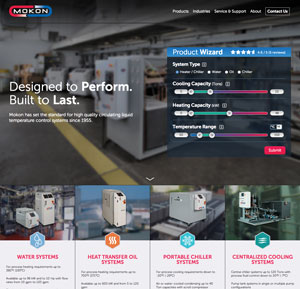 ICS Tricool Thermal, Southampton, United Kingdom, released two brochures on its temperature control equipment. With experience in plastics, food and beverage, pharmaceutical, chemical, cosmetic, printing and laminating applications, the company has capabilities ranging from 9 to 48 kW and temperatures of up to 320°F (160°C) for water and 662°F (350°C) for thermal oil. To learn more or download the brochures, visit www.tricool.com.

Patrick McKenna joined Ipsen USA, Cherry Valley, Ill.,as vice president of sales. He succeeds Art Tsubaki, who now serves as managing director of Ipsen Japan. McKenna, who is responsible for all new equipment and aftermarket sales, also is a member of the Ipsen USA executive team and the global Ipsen Group management committee.