Upgrade the process burner, improve the boiler and burner controls, and incorporate heat recovery: Here are three ways to increase the efficiency of an industrial boiler system.

As boilers age, they become less efficient, thereby increasing operational costs. Replacing the boiler is the obvious choice; however, it may not be necessary. If the boiler pressure vessel is in good shape, upgrading the burner and controls while adding heat recovery can not only restore a boiler to its original efficiency but probably improve it.

To increase efficiency of a boiler system, consider the following upgrades.

After about 15 to 20 years of service, even when it has been well maintained, a typical burner loses its effectiveness. Linkage joints, cams and other moving parts wear out, and the burner’s ability to keep tight control on the air-fuel ratio decreases.

The result is commonly referred to as hysteresis, or the inability of the burner to repeat desired excess-air levels across the firing range for optimum combustion. To compensate for this, the burner adjusts for higher excess air to make sure the air-fuel ratio remains within a safe range. Unfortunately, higher excess air means lower combustion efficiency. And, a legacy burner can exhibit other issues such as plugged or eroded nozzles and gas orifices, or deterioration of other combustion head components responsible for proper fuel and air mixing. These issues result in unburned fuel and higher-than-required excess-air levels, leading to a reduction in overall efficiency and high operating costs.

One of the best upgrades a facility can make is to replace a legacy burner with a new burner that has a high turndown capability. While older burners typically operate in a narrow turndown range, high turndown burners continue to operate at lower firing rates, which cuts down on cycling occurrences and related expenses.

It is critical to select the correct burner for a boiler. A burner’s flame shape and length, or flame envelope, must be matched to the furnace or combustion chamber to transfer the most heat. Yet it must not impinge on the furnace walls in a manner that could be detrimental to the furnace or convection pass materials, leading to premature boiler failure.

Another reason for matching the burner to the boiler is due to a phenomenon known as combustion noise, or what is often referred to as combustion rumble. Every boiler assembly has its own resonant frequency. It is important that a burner’s combustion characteristics integrate well acoustically with the boiler. Since most burners are not custom designed for each application, the burner must be flexible in design so that during the commissioning process, any undesirable combustion noise can be “tuned out” for smooth operation throughout the firing range.

In addition, the burner should be constructed of castings or a heavy-gauge material and spinnings that strengthen the burner surfaces, thereby reducing unwanted high frequency vibrations. Burners constructed of light-gauge sheet metal and large flimsy surfaces may be less expensive up-front, but are noisier and have a much shorter life cycle.

As with any burner, regular maintenance is necessary to ensure the optimal air-fuel ratio throughout a boiler’s firing range and equipment life.

Many boiler burners are controlled by a single modulating motor that uses a single drive to control both the fuel and air. This is accomplished through a common motor-driven jackshaft that has cams, arms and linkages connected to it. Through individual adjustments to these components, the fuel and air are adjusted, and a ratio is set for every firing rate. The problem with this arrangement is the more frequently the system moves due to modulation, the more the various joints and arms arms wear. This results in slip and hysteresis, which in turn causes poor air-fuel ratio control. 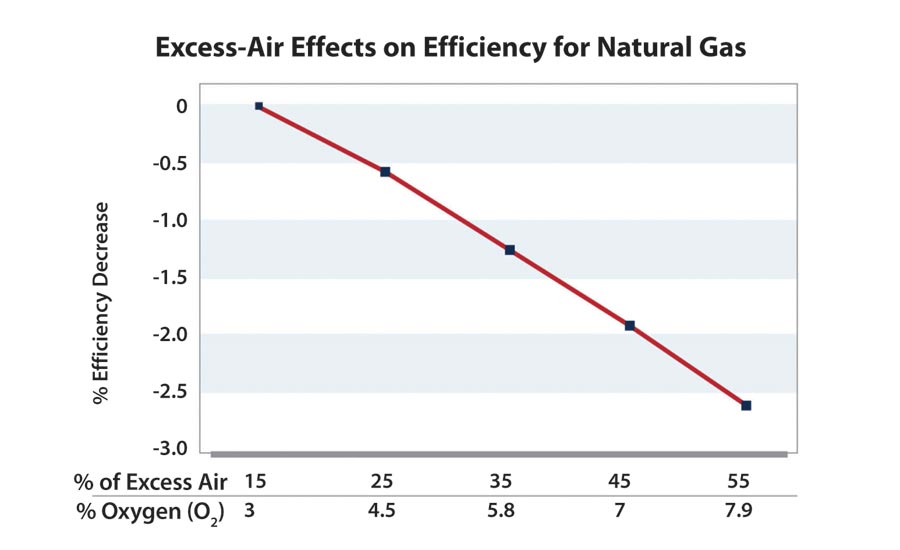 As a burner ages, the amount of excess air needed for the combustion process increases, decreasing overall system efficiency.

Replacing the single-jackshaft system with parallel positioning is an effective solution because the latter uses dedicated motorized actuators for the fuel and air valves, electrically tying them into the electronic firing-rate control on the boiler. The actuators offer a wide span of control throughout the entire firing range. At the same time, the actuators provide excellent repeatability as the boiler modulates from low to high fire and back, thereby eliminating slip and hysteresis.

Another way to maintain peak efficiency is to add an oxygen sensor/transmitter in the exhaust gas. The sensor/transmitter continuously senses oxygen content and provides a signal to the controller that trims the air damper and/or fuel valve. This maintains the originally commissioned oxygen concentration under varying conditions. This minimizes excess air while optimizing the fuel-to-air ratio. It should be noted as well that a 2 percent increase in oxygen over the optimum setpoint causes a 1 percent loss in efficiency.

An additional upgrade to consider is variable-speed drive (VSD), which enables a motor to operate only at the speed needed at a given moment rather than a constant speed (rpm) regardless of load demand. This reduces energy consumption and electric bills. Implementing a VSD helps maintain better control of excess air and is often implemented with O2 trim control.

Although VSD can be used on any motor rated for VSD operation, it is commonly found on boiler feed and circulating pumps and combustion-air motors greater than 5 hp. A motor with VSD is quieter and has a softer start compared to a standard motor, thereby decreasing stresses on the motor shaft and associated bearings. 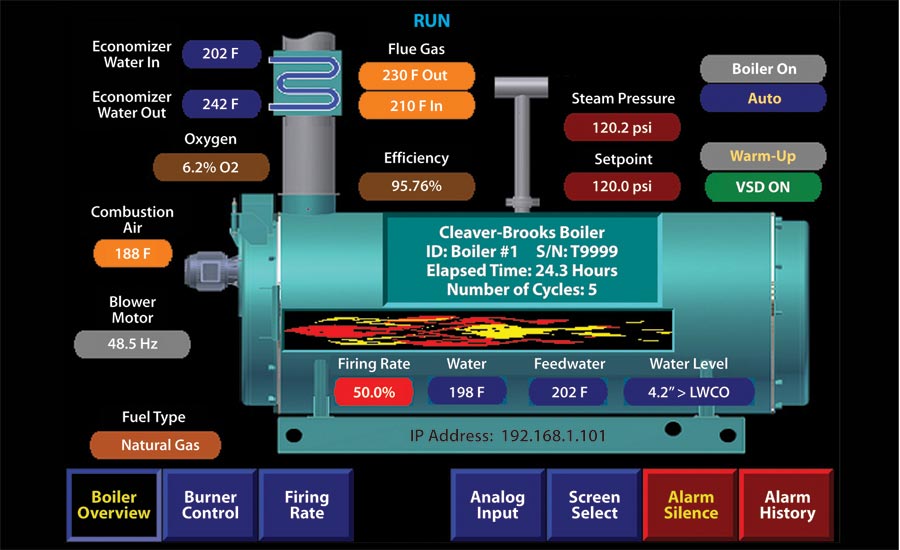 In the case of a multiple-boiler system, integrate lead/lag to sequence the operation of the boilers to match the system load, reducing the possibility of process failure and needless boiler cycling. Every time a boiler cycles off, it goes through a pre- and post-purging cycle before reigniting. This process blows ambient air through the heating surfaces of the boiler for approximately two minutes, wasting valuable energy.

All boilers can benefit from an advanced control system with a PLC-based platform that incorporates burner management and combustion control (e.g., parallel positioning, O2 trim, VSD control, draft control) into one integrated package. Another benefit of an advanced control system is that the data gathered can be used to calculate boiler system efficiency and energy consumption while also providing alarm notifications to maintain safety. Advanced communication capabilities are incorporated with these systems to communicate all data and alarm points to operators and management via email, text, an internal building management system, etc.

Supervisory control and data acquisition (SCADA) systems utilizing an industrial computer system in conjunction with a software application often are added to an advanced boiler control system to monitor and remotely control a boiler’s non-safety-related process. SCADA systems also gather data from the connected boiler system and report it in real time. They record and log all events, alert the operator, provide an alarm log and generate various data reports.

Another way to improve energy efficiency is to incorporate heat recovery into a boiler system. The right type of equipment for a boiler system depends on several factors such as boiler type, fuel used, stack materials and operating conditions. 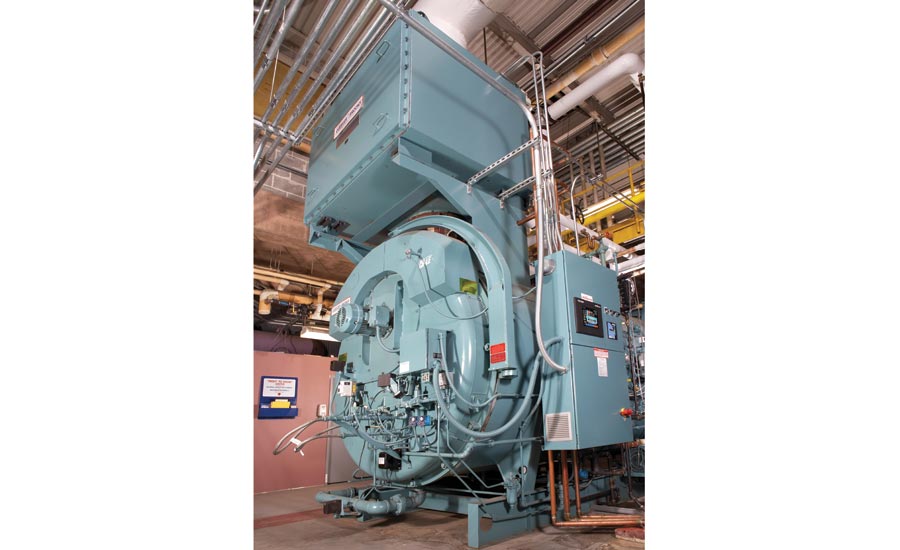 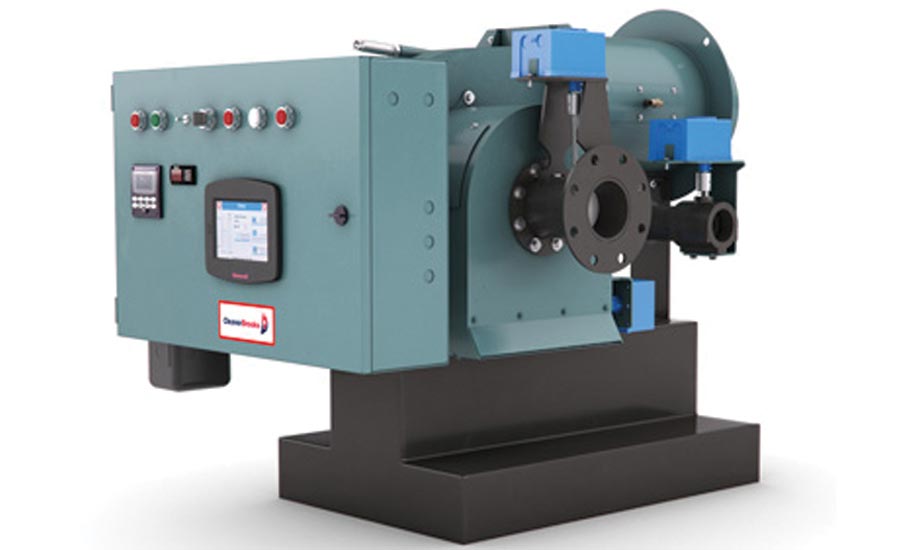 To restore the efficiency of an aging boiler, replace the legacy burner with a new one that has a high turndown capability.

Remember, properly treating the boiler feedwater and routinely servicing a boiler system will maintain its efficiency and lower fuel costs for years to come.

Wendell Pipkin is manager of conversion sales solutions for Cleaver-Brooks, Thomasville, Ga. He has more than 40 years of experience in boilers, boiler controls, computers and the industrial control business. Contact Wendell at wpipkin@cleaverbrooks.com. To learn more about boiler upgrade options or a boiler plant assessment from Cleaver-Brooks, call 800-250-5883 or visit cleaverbrooks.com.

Daniel Lefebvre is vice president, research and development, for Cleaver-Brooks Burner Systems Group. He has more than 30 years of experience in the boiler and burner industries. Contact Daniel at dlefebvre@cleaverbrooks.com. To learn more about boiler upgrade options or a boiler plant assessment from Cleaver-Brooks, call 800-250-5883 or visit cleaverbrooks.com.