While flashpoint test results provide data for comparing different fluids, any extrapolation of these results into real-life situations must recognize the basic conditions required for a vapor ignition to occur. If any of the conditions is not met, vapor ignition cannot occur.

When it comes to industrial heat transfer fluids, flashpoint is a very misunderstood value. Is it an important value? Yes, but in the right context.

There are two flashpoint tests that are reported: open-cup and closed-cup tests. Allow me to explain these tests.

Open Cup. The test fixture has a beaker that holds a sample of the heat transfer fluid being tested. On the test fixture, there is a bracket, though which gas flows to create a flame at the end of the bracket.

As the sample fluid is heated, the flame is passed across the surface of the fluid at a height of ~0.04” (1 mm). The fluid is heated slowly, and the bracket passes across the fluid until the fluid flashes over — just a flash, no flame. At the point of this flash, the temperature is noted. This value is the open-cup flashpoint.

Closed Cup. This test uses a rig similar to the open-cup test with one important difference: In the closed-cup test, there is a cover over the fixture to capture the vapors. (By contrast, with the open-cup test, there is no cover to capture the vapors.) As you can imagine, the closed-cup test has lower values as opposed to the open cup.

The real question is what that means to you. I will address that shortly.

This why it is important to insulate every section of piping in the system except where you want the heat to be delivered. The insulation should be a closed-cell insulation so that it does not absorb any heat transfer fluid and hold it next to the hot pipe if there is a leak. If a leak should occur, the heat transfer fluid will find a path past the insulation and drip — a visual indication that there is a leak. As the drip forms and falls away from the pipe, the fluid gives off the heat extremely quickly and assumes ambient temperature (well below the reported flashpoint of the fluid). In other words, a drip at elevated temperatures can fall one to two feet and be at ambient temperature. Also note that in this real-world situation, there is no flame or ignition source to ignite the fluid. 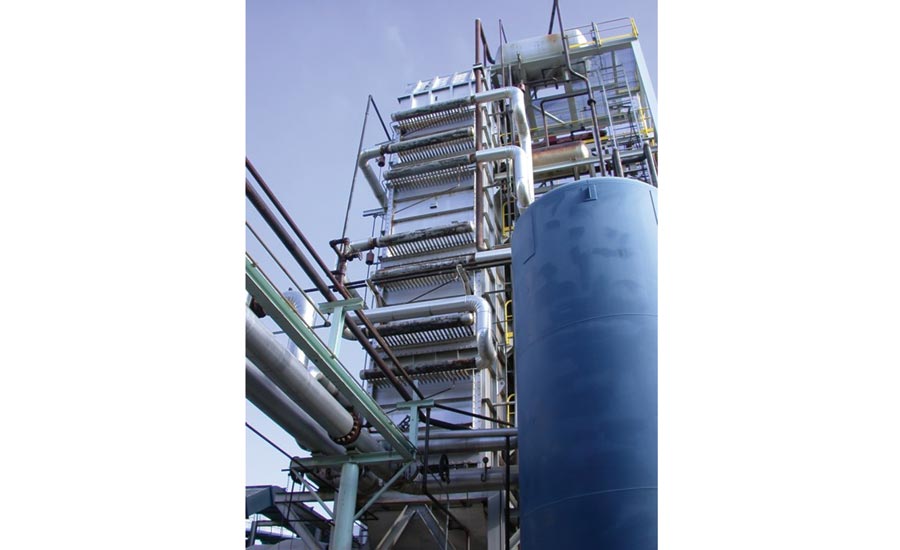 To help prolong the life of the system and hot oil, a comprehensive fluid analysis program consisting of laboratory testing, evaluation of your system performance and discussion of the hot oil sample lab results is recommended.

It is important to note that it is recommended that all elbows or bends in the piping with welded joints be exposed. Do not place insulation around those weldments. If, for some reason, there is a leak, it will be at that weld joint. By keeping the weldment free of insulation, you will allow the fluid to drip away from the pipe, and thus avoid a safety hazard. Also, with the joint uninsulated, any drips or leaks can be noticed during a visual walk-through and fixed as soon as possible. 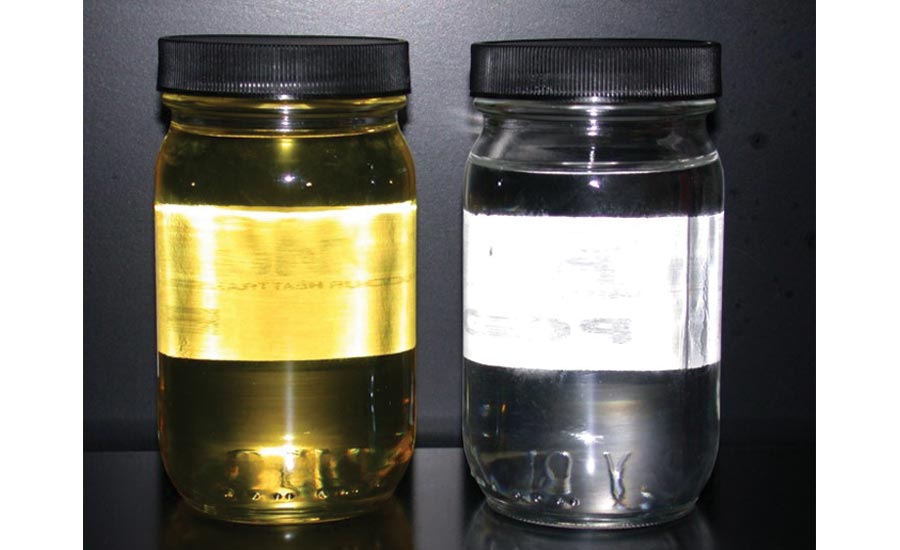 Well, there are some situations where the flashpoint is a concern — and that is when the real-world replicates the testing procedure.

Can this happen? Yes.

Does this happen? Yes, but very rarely does it. 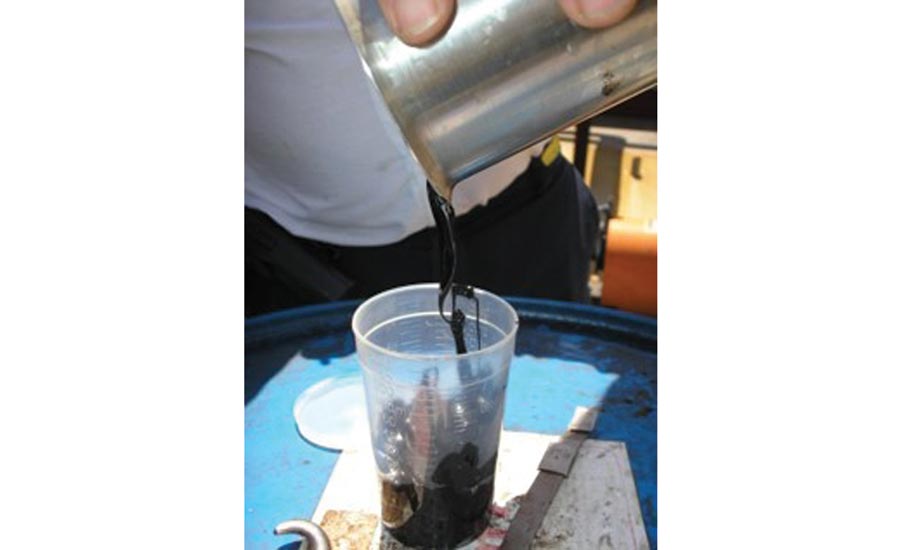 Hot oils degrade over time, and the rate of degradation can be influenced by operating procedures, equipment layout and equipment malfunctions.

Why Is Flashpoint Important?

I have been doing work in an industry that seems to like to install nitrogen blankets on the expansion tanks. If the system is not maintained properly, the nitrogen blanket traps the light-end molecules in the system. These light-ends get suspended in the heat transfer fluid. Here is an example of a real-world situation where this is dangerous, and the heat transfer fluid could flash over.

Suppose you are utilizing fiberglass insulation (not closed-cell insulation) that has the white poly coating over the outside. You might even have an aluminum clad over the top to dress it up. You realize you have a leak in the section of your piping. Because you cannot stop production, you do not shut down the system to allow it to cool. So, the temperature of the pipe and insulation are at your operating temperature. You want to investigate to find where the leak is located, so you remove the aluminum clad (if you have it) and break into the white poly coating of the insulation. A fire ensues.

Let me explain what happened: When you broke the poly coating, oxygen and dust rushed into the location, which is saturated with thermal oil and at operating temperature. Dust has a low flashpoint — around 110°F (43°C). With the presence of oxygen and the heat from the thermal oils system, the dust flashed over. The dust acts as an ignition source just as the flame does in the test fixture. This causes the thermal oil to flash over and then catches the oil on fire. Because the fiberglass insulation is saturated in thermal oil, the fire continues to burn. 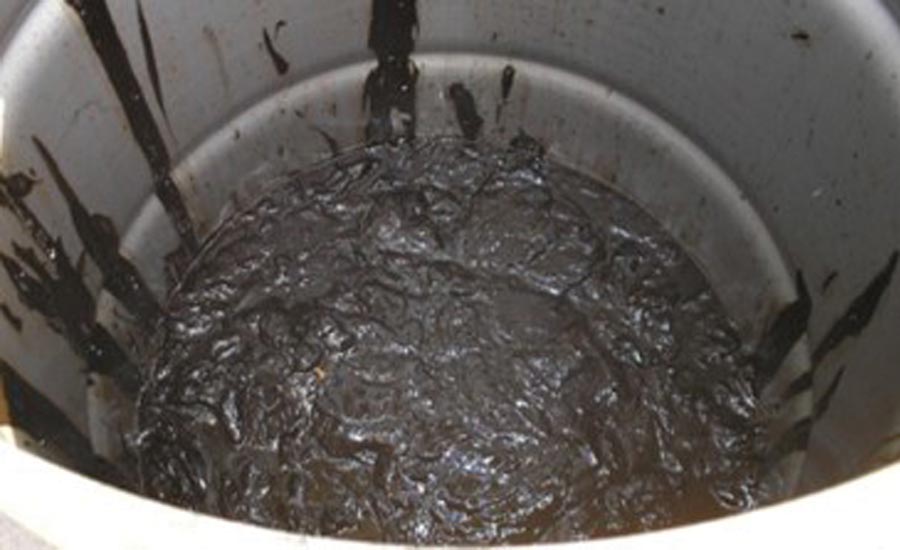 Thermal fluid analysis can identify signs of thermal cracking, oxidation and contamination and help ensure your system runs as productively and efficiently as possible.

How can you prevent such an outcome? If you had used closed-cell insulation, this would not happen. When you removed sections of the insulation, they would not be saturated with thermal oil.

In conclusion, is the flashpoint important? Yes, with the right understanding. Can you take steps to ensure your system is safe from having the oil flashover? Yes, with the proper components and design to your hot oil system.

Remember, safety first. It starts with the design of the system and continues through to your operating procedures. Hot oil systems can run flawlessly for years if you do the right things to maintain them.

Mark E. Smith is general manager at MultiTherm LLC, Devault, Pa. For more information on MultiTherm’s heat transfer fluids, call (610) 408-8361; e-mail techinfo@multitherm.com; or visit www.multitherm.com.
You must login or register in order to post a comment.