Graphite heat exchangers are well suited and cost effective for highly corrosive processes used in industries such as chemicals, metallurgy and pharmaceuticals. With steady progress in the number of available graphite grades and mechanical designs, graphite heat exchangers are making inroads into areas long held by expensive metal alloys and exotic metals with design pressure up to 350 psi and design temperature up to 2700°F (1482°C).

Generally, the block (figure 1) and plate types are restricted to smaller sizes, low flows and low-to-moderate heat loads. The shell-and-tube designs are best for larger sizes, high flows and fouling applications such as fertilizer manufacture.

In a block- or cubic-type heat exchanger, holes are drilled in a cylindrical or cubical graphite block to form the flow passages for both the cold and hot streams. The blocks are stacked one over the other with gaskets in between and then inserted into a steel shell. The gaskets are sealed by a unique spring-loaded system that exerts a compression force on the blocks. A multi-pass arrangement is possible on the tube side by suitably partitioning the headers and individual graphite blocks.

The shell-and-tube type is similar in construction to the conventional designs used in the industry, except that the tubes and plates are made of graphite. PTFE gaskets are used to seal flow passages, and a special graphite cement is used to seal tube-to-tube sheet joints. 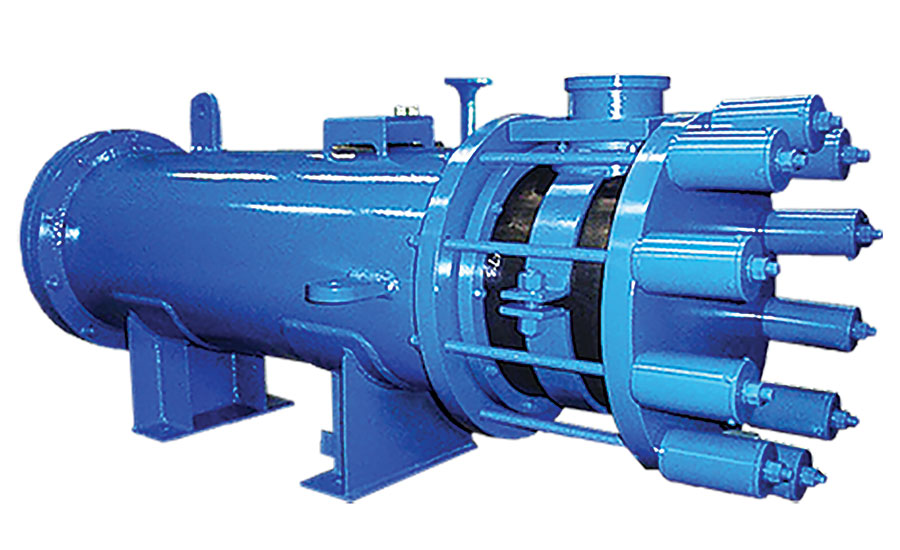 One of the unique features of graphite technology is the ability to make a number of graphite grades to suit a wide range of application needs in a cost-effective way. Unlike alloys and exotic metals that are easily corroded, graphite is resistant to media that has contaminants such as chlorides and fluorides.

Graphite grades are assigned based on their performance with respect to the severity of the fluid medium from the standpoint of corrosion, pressure and temperature (figure 2). High quality impregnated graphite is achieved through the following steps.

FIGURE 2. Graphite grades are assigned based on their performance with respect to the severity of the fluid medium from the standpoint of corrosion, pressure and temperature.

Graphite Impregnation. Graphite in its raw form is not impermeable, and fluids under pressure can seep through the raw graphite. Therefore, the first step to make raw graphite usable is to impregnate it with a suitable medium. Typical impregnation materials include corrosion-resistant plastic resins (phenolic or PTFE) or even carbon for the highest temperature applications (figure 3). 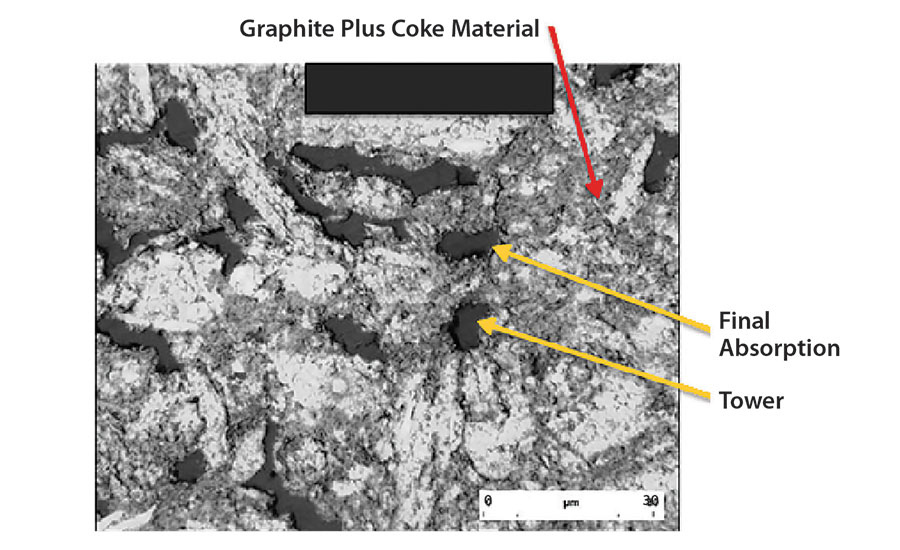 FIGURE 3. A micro view of resin-impregnated graphite can be seen here. The first step to make raw graphite usable is to impregnate it with a suitable medium such as a corrosion-resistant plastic resin (phenolic or PTFE) or even carbon.

Testing of Impregnation Quality. After impregnation, the residual porosity is detected through bubble tests under pressure to make sure that the impregnated graphite is impervious.

Impregnation effects the following changes in the raw graphite:

Phenolic impregnation is good for most chemical media; however, it cannot be used in strong alkaline or oxidative environments. In addition, some solvents and organic oils cause swelling of the resin. For example, it is not recommended for oxidative mediums such as nitric acid and sulfuric acid greater than 70 percent concentration and 300°F (149°C). Similarly, it cannot be used in applications where potash or caustic soda is present that would increase the pH above 11.

PTFE impregnation has a wide-ranging resistance to most of the corrosive environments, oxidative, higher pH or alkaline and all solvents. In addition, it offers better thermal shock and fatigue resistance. For example, it can handle up to 96 percent sulfuric acid concentration at temperatures of 300°F (149°C). This material is a multi-purpose one and is used extensively for batch manufacturing of chemical compositions from fine chemistry to pharmaceutical.

Graphite Exchangers Put to Use in Process Applications

Steel Pickling. One of the key applications of graphite heat exchangers is carbon and stainless steel pickling (figure 4). Steel parts from production lines after manufacture are dipped in acid baths for pickling. Pickling is a metal surface treatment. The process removes impurities such as stains, inorganic contaminants and rust or scale from metals. The process includes a solution called pickle liquor, which contains strong acids and removes surface impurities.

FIGURE 4. One of the key applications of graphite heat exchangers is carbon and stainless steel pickling. Steel parts from production lines after manufacture are dipped in acid baths for pickling.

The acid baths consist of several tanks in a row at temperatures between 180 and 200°F (82 and 93°C), usually maintained by steam heating from typical graphite heat exchangers. The pickling solution for carbon steel is a mixture of hydrochloric and sulfuric acid. For stainless steel, it is a mixture of hydrofluoric and nitric acid. Phenolic resin is the preferred choice for carbon steel pickling; however, phenolic resin cannot be used with nitric acid. Rather, PTFE impregnation of the graphite is required.

The process used for sulfuric acid production requires several tanks or towers that store the sulfuric acid in different concentrations (figure 5). The tanks or towers used in the process must be maintained between 80 and 90°F (27 and 32°C). For the average 1,000 tons/day, the combined heat rejection from the four towers ranges from 40 to 50 MW(th). This heat is sometimes recycled to the process through BFW heating for steam production. Low level heat is usually rejected to the heat sink. With sulfuric acid stream in the cooler, graphite costs less than metal alloys.

Christian Hug works for API Heat Transfer providing solutions in graphite technology for the chemical industries. The company, based in Buffalo, N.Y., can be reached at 716-684-6700 or visit www.apiheattransfer.com.

Vijayaraghavan Chakravarthy leads the marketing and sales effort for graphite equipment at API Heat Transfer. The company, based in Buffalo, N.Y., can be reached at 716-684-6700 or visit www.apiheattransfer.com.