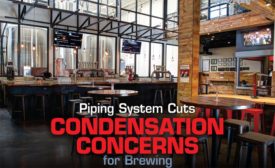 In its first year of business in 2012, Lakewood Brewing Co. produced just less than 3,000 barrels of craft beer. Now, only five years later and with rapid building and production expansion behind them, Lakewood is brewing more than 10,000 barrels per year. 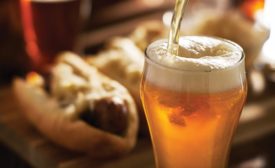 When an important calculation for a new controls solution was overlooked, the result threatened to keep a new aging tank for a brewery offline. Substituting solenoid valves with built-in power management brought the equipment online.
Don Launder, Asco by Emerson
No Comments

Not many Americans like warm beer — except, of course, process cooling engineers who work for breweries. They know that maintaining elevated temperatures within a metal tank in the brewhouse is critical throughout much of the fermentation process. 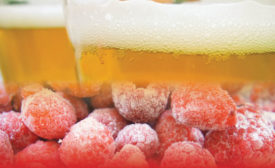 Boilers play many important roles in food and beverage processing facilities — generating the hot water for process and facility uses, driving machinery and heating the building.

The maker of Fat Tire Amber Ale and a host of Belgian-inspired beers, New Belgium Brewing has tapped into the on-demand steam and sustainability advantages of three steam boilers.